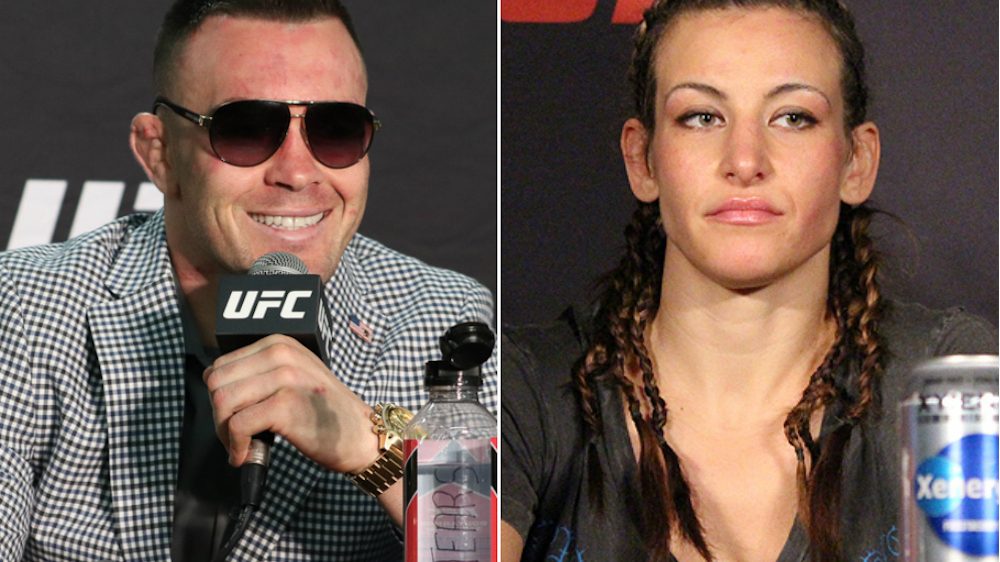 Colby Covington has made a name for himself being the perennial “heel” of mixed martial arts. While his performance inside the Octagon against Lawler silenced his critics, his verbatim on the microphone has only fanned those flames. While Colby is next in line to receive a title shot, he continues to make headlines outside the cage for all the wrong reasons.

More recently, Covington was a guest on the Sirius XM Radio with former UFC women’s bantamweight champion Miesha Tate as one of the hosts. Colby took offense to one of Tate’s questions, and went off on her for her alleged comments targeting “Chaos”.

“It gets back to me”, Covington said (transcript via MMA Junkie). “All the people say how (you say) negative thoughts about me, and how I’m this and that. I just think it’s very hypocritical, because I don’t think you’re a perfect person. You might have some skeletons in your closet, as well.”

Colby was relentless in his lambasting of the former UFC champion, and claimed that she got famous for losing to Ronda Rousey. Covington also took a cheap shot at the leaked pictures of Miesha, which irked her.

“I don’t even know what to say right now”, Miesha said. “It’s kind of crazy that you would go on that level just because I have an opinion, that you as an American should have respect for the fact that at least I have the balls to say it to your face, and that’s my opinion, and I’m entitled to it. I did not put you down as a person. You put me down as a person.”

Colby argued that he was merely defending himself from Tate’s attacks. However, the show’s co-host Ryan McKinnell stepped in and countered Covington’s arugments.

“You realize that that’s part of her job description right? She’s transitioned to being an analyst to give her thoughts on the sport”, McKinnell said. “You are a part of the sport. You make headlines for controversy, and you also made headlines for the exciting fights you put on like you did Saturday. It’s not a personal vendetta against Colby Covington.”

However, the former interim champion was having none of it.

While Ryan tried to hold Covington responsible for his words, Colby told both the co-hosts of the radio show that he was getting them their best ratings to date.

“I came on the show to give you the best ratings you’re ever going to get”, Covington said.

In the end, Colby called both of them “jobbers”, before Ryan announced that Covington would never be brought back on the show.