Complete Card Announced For ONE: Clash Of Legends 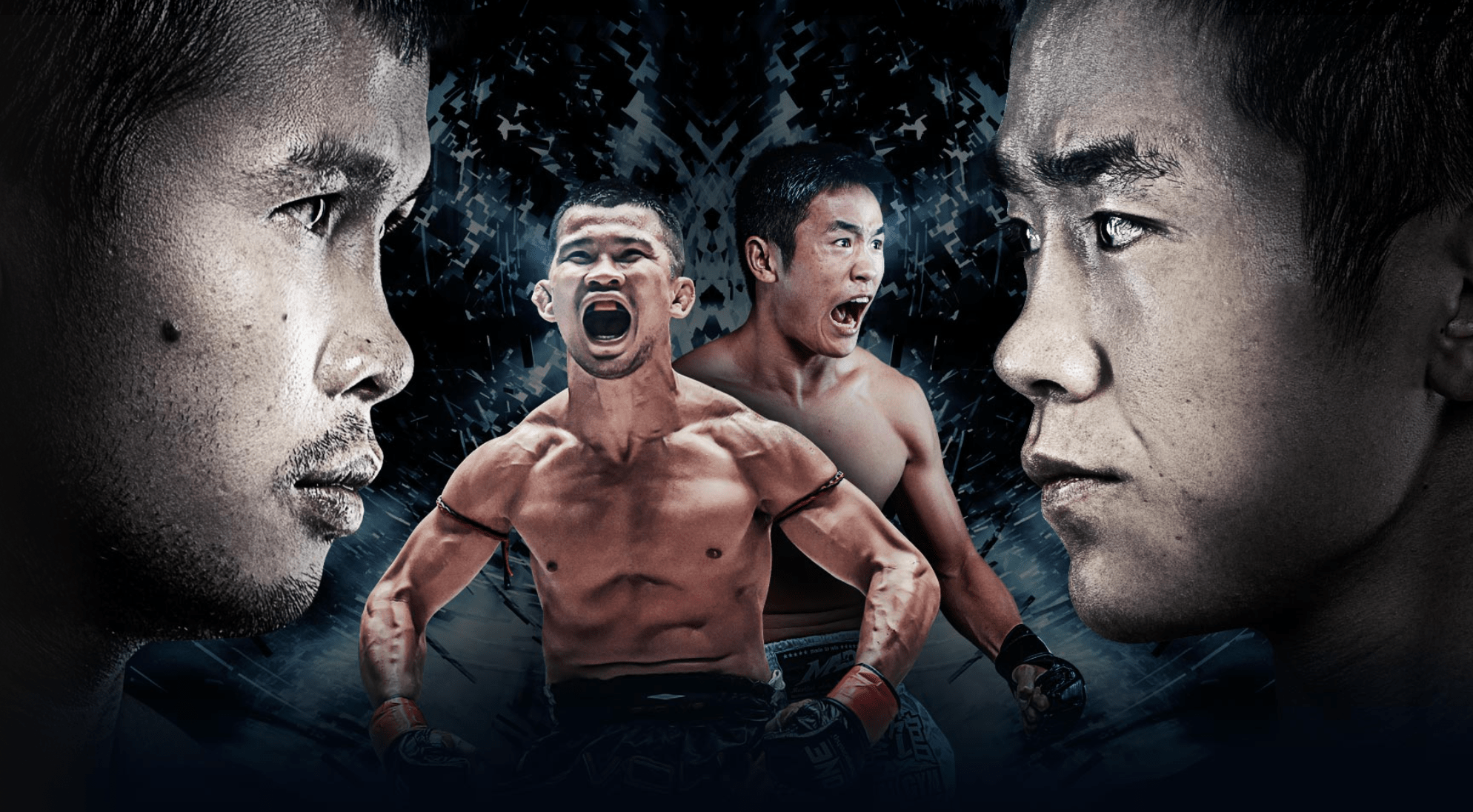 ONE Championship has just announced the complete card for ONE: CLASH OF LEGENDS, set for Saturday, February 16th at the Impact Arena in Bangkok, Thailand. In the main event, Thai legend Nong-O Gaiyanghadao battles Chinese superstar Han Zi Hao for the inaugural ONE Super Series Muay Thai Bantamweight World Championship.

Now, Nong-O looks to cement his place among the world’s best strikers in ONE Super Series by attempting to win the greatest prize in martial arts — the ONE World Title.

Standing in his way is China’s Han Zi Hao, who has become a breakout star in ONE Super Series. Han is riding a three-bout win streak, and he looks to extend it — and capture the gold — at ONE: CLASH OF LEGENDS.

Kongsak P.K. Saenchaimuaythaigym is set to make his first appearance on the ONE Super Series stage. He will square off against Alaverdi “Dagger” Ramazanov in a three-round bantamweight bout.

A three-time Lumpinee Stadium Muay Thai World Champion, Kongsak is a fan favorite in his home country of Thailand as he has won over fans with his menacing middle kicks. With a battle-tested record of 182-39-2, Kongsak has the experience of a grizzled veteran despite being just 28 years of age.

Representing the prestigious Venum Training Camp, Ramazanov is a three-time IFMA World Champion with a stellar professional record of 59-4-0. He has won two of his last three outings in ONE Super Series. After falling short in his most recent bout, Ramazanov looks to redeem himself at the expense of a Muay Thai superstar such as Kongsak.

South Korean martial arts star and former KAMMA Bantamweight Champion Dae Hwan “Ottogi” Kim had a busy 2018, going 2-1 on the year with victories over tough opponents like Masakazu Imanari and Zhao Zhi Kang. To kick off his 2019, he shares the ONE Championship stage with Japan’s Shuya “Stealth” Kamikubo.

Kim joined the promotion in 2013, posting victories over Thanh Vu and Kevin Belingon in his first two bouts in ONE Championship. In 2014, Kim challenged Bibiano Fernandes for the ONE Bantamweight World Championship. With incredible striking prowess and solid grappling ability, Kim is one of the top contenders in his division. Another victory will push him closer to a title opportunity.

However, Kamikubo seeks to impede Kim from entering the title picture by getting his third consecutive win under the ONE Championship banner. The DEEP Tournament Champion aced his two assignments in 2018, stopping Indonesia’s Sunoto via second-round TKO and then dominating Muhammad Aiman over the course of three rounds to earn a unanimous decision.  A victory over Kim would raise Kamikubo’s stock in the talent-filled bantamweight division.

Mark “Tyson” Abelardo of the Philippines will make his much-awaited debut on the main roster at ONE: CLASH OF LEGENDS, where he will lock horns with Shooto Pacific Rim Featherweight Champion Daichi Takenaka of Japan.

Abelardo earned a ONE Championship contract in October 2018, defeating Shinechagtga Zoltsetseg via first-round stoppage at Rich Franklin’s ONE Warrior Series 3. After leaving a lasting impression in ONE Warrior Series, Abelardo is determined to make an impact on the most prestigious stage of global competition by taking on the 29-year-old phenom from Osaka, Japan.

Ever since his professional debut in 2012, Takenaka has been unstoppable, rattling off 11 consecutive wins with six finishes. He looks to sustain his winning momentum by picking up a victory over Abelardo.

Along with his elite martial arts skills and explosive knockout power, Wiratchai’s highly-entertaining walkouts to the ONE cage have also made him a fan favorite. With his very own “OneShin Striking System” that utilizes creative combinations, the Thai star has proven to be a well-rounded competitor.

Next up, he faces Kim, an undefeated mixed martial artist and multiple-time South Korean national judo champion. He is one of the brightest martial arts stars to emerge from South Korea who now makes his way to ONE Championship. Driven by the idea of putting his home country on the international radar in the sport, Kim takes on dangerous striker Wiratchai.

A two-division Lion Fight World Champion and WMC Muay Thai World Champion, Nattawut is one of the finest attacking talents in the striking world. Right from the opening bell, he ignites the ring with his trademark intensity, and it has led him to sterling success in his striking career.

Nattawut will meet a seasoned and game opponent in Sana, a WBC and A1 Muay Thai World Champion who recently scored a huge victory over Armen Petrosyan via unanimous decision last November 2018.

A women’s atomweight bout is also booked as Gina “Conviction” Iniong of the Philippines goes up against Jihin “Shadow Cat” Radzuan of Malaysia.

Iniong made a name for herself as a six-time national wushu champion. After establishing herself as one of the Philippines’ top female athletes, she joined ONE Championship in 2017 and has since registered impressive wins over a tough flight of opponents.

Meanwhile, Radzuan is one of the finest female martial artists to emerge from Malaysia. The rising star joined ONE Championship in March 2018, and has since put together three remarkable victories. Radzuan looks to resume her ascent through the ranks by facing Iniong.

Superlek is hailed as the No. 1 super featherweight in the world of Muay Thai today. His opponent, Chetra, has become one of Cambodia’s top Kun Khmer athletes, having the chance to hold the prestigious Bayon Stadium Title.

Chamuaktong Fightermuaythai of Thailand will face Charlie “Boy” Peters of the United Kingdom in a ONE Super Series Muay Thai contest.

Emilio Urrutia’s road to redemption begins in Jakarta, Indonesia as “The Honey Badger” is slated to test his mettle against Graduator Featherweight Champion Yoshiki Nakahara of Japan.

The 32-year-old Urrutia has competed in various countries in Asia, accumulating an impressive amount of experience in such a short amount of time. Since joining ONE Championship in 2017, Urrutia has become one of the top featherweight talents in the promotion.

His next outing will be no walk in the park as he takes on Nakahara, who has not been beaten since 2015. Nakahara rides high on a six-bout winning streak, and will look to keep his momentum going with another win.

Making her first appearance since her rousing defeat of Bozhena Antoniyar in October 2018, Rika “Tinydoll” Ishige of Thailand is set to battle it out with Cambodia’s Nou Srey Pov in a women’s atomweight contest.

Ishige, who is of mixed Japanese and Thai heritage, began her martial arts training at age nine with aikido and taekwondo. Heavily influenced by her late father who trained in judo, Ishige went on to hone her skills as a martial artist. All of her victories have ended via impressive finish, and she is considered one of Thailand’s mixed martial arts pioneers.

Nou Srey Pov is making her mixed martial arts debut, but the Cambodian Top Team product has a wealth of experience in her country’s national sport. Nou Srey Pov is a Kun Khmer World Champion with a 91-8-2 record in the discipline, and will look to test Ishige’s stand up game.

Kicking off the action at ONE: CLASH OF LEGENDS is Indonesian wrestler Elipitua Siregar who will face ONE Hefei Flyweight Tournament Champion Liu Peng Shuai in a strawweight contest.

Tagged: ONE Championship, ONE: Clash Of Legends