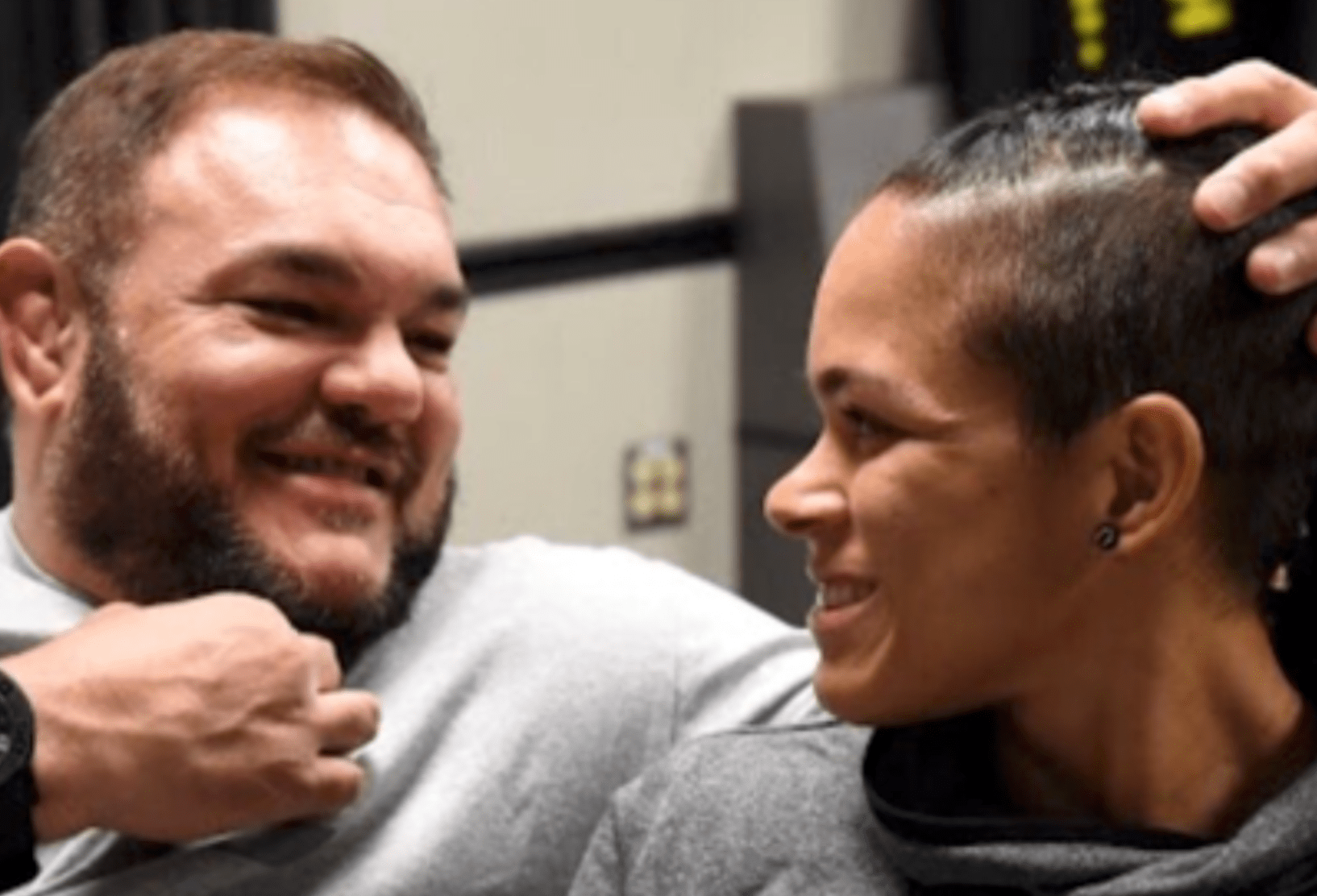 Amanda Nunes’ coach Conan Silveira, says’s she hits like a man. Something Cris Cyborg and Ronda Rousey, to name a couple, could probably vouch for.

The American Top Team coach say’s he wasn’t surprised with how the fight with Cyborg went down at UFC 232. As he told Luke Thomas on the latest episode of The MMA Hour.

“I knew that we were leaving that night with the belt. We had the strategy, she was really well-trained for any situation the fight would [bring]. What happened was, Amanda is extremely dangerous when she sees an opening and I think it was a big mistake from Cyborg to try and exchange with her. [Amanda] is very precise and she has extremely heavy hands and that’s the way the fight finished, Amanda knocking her out.”

Such heavy hands, that the Brazilian coach says that even some of the guys in the gym don’t wan’t to train with her.

“Amanda doesn’t have any girl training partners, she only has male training partners. It’s not every fighter that trains with her, some of the guys don’t like to train with her because she hits hard. I think that’s pretty much a good explanation for her: she hits like a man.”

And according to Silveira, Nunes isn’t just a heavy hitter, she’s the full package. Or the complete actress, as he explains.

“You have to compare a complete MMA fighter to the best actors. When you’re acting and you can only try to be one type of character, you wanna be the good guy, but being the good guy in every movie isn’t going to win you an Oscar. [Amanda] is an actor or actress that can play anything, it doesn’t matter. You see it in acting and you see it in fights; she plays a different character for every fight.”

“Amanda has all the tools. [It’s not like she only knows] a little bit on the ground and a little bit of striking, she speaks fluently everywhere. Like I said, for every situation that happens, she knows how to answer the question.”