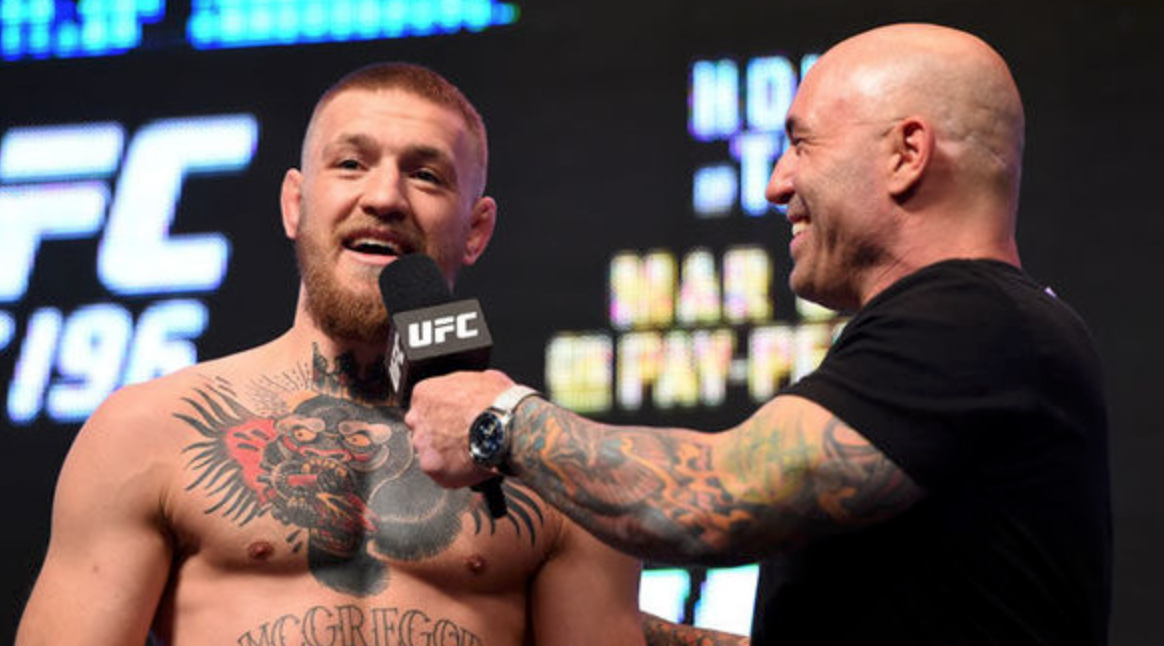 Conor McGregor has made some indifferent comments about longtime UFC commentator, Joe Rogan. Although the Irish man complimented Rogan for being a great man with great insight, he also accused him of reading off of scripts during fights.

“He’s a great man, he’s got a great following, he’s got crazy insight, great guests, maybe at some stage of the game I’ll be on his podcast.

“I’d like him to call a fight how he sees it correctly. And not be reading off a script though. The Diaz rematch it was like he was reading from the first fight and that last one, he was talking about my face was being smashed in. I left that Octagon with a black eye, the same way as [Nurmagomedov’s] two rat cousins left. His brother and his cousin left the Octagon with a black eye, so what is he talking about?”

Joe Rogan made his first UFC appearance at UFC 12 back in 1997, where he initially gave backstage and post fight interviews. He would of course later become a commentator at the promotion.

This video follows two other videos from the same location, where McGregor discusses what it would take for him to fight in a co-main event and his take on the Khabib Nurmagomedov fight. You can watch both of those videos here.

What are your thoughts on McGregor’s comments?