Conor McGregor And Frankie Edgar Agree To Fight In December 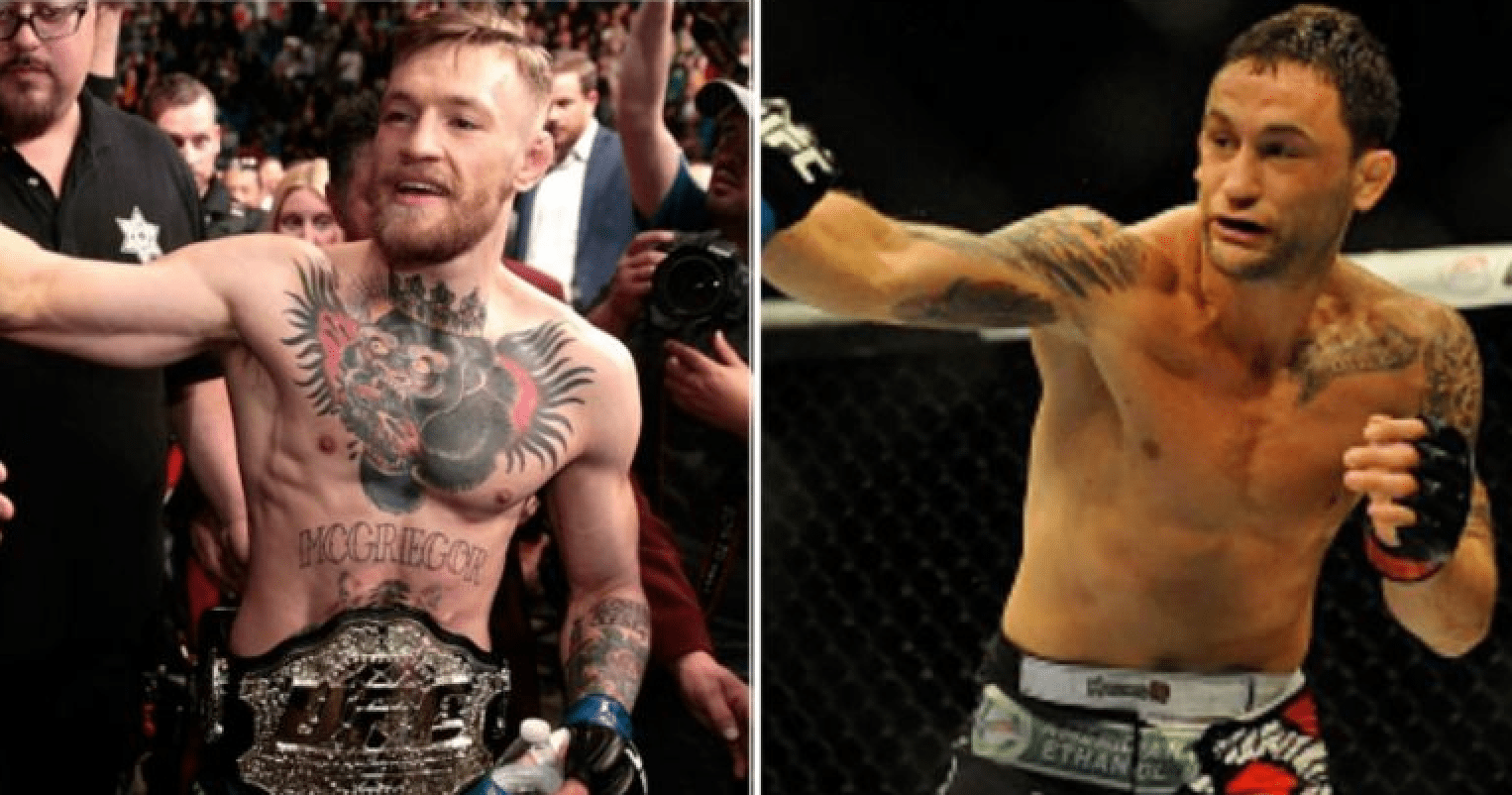 Frankie Edgar may have just had the best birthday presents ever. Since Conor McGregor stated in an interview with Ariel Helwani on ESPN back in August, that he was interested in a fight with ‘The Answer’, Edgar has been campaigning for a fight with the Irishman. Now it looks like the two are on the verge of facing each other inside the Octagon.

A few hours ago, the UFC tweeted a birthday message for Edgar. To which McGregor commented, “Happy birthday Frankie, see you in December”. Edgar immediately responded by saying that he had agreed to the fight.

Conor then gave a nudge to UFC president Dana White to make the fight. Adding that he is willing to fight for free and donate his purse to charity.

McGregor’s tweets come a day after he posted a photo to Instagram of him training, with the caption, “Stay strong. Stay sharp. Stay ready.”

As we’ve reported previously, there has been a three way battle to welcome McGregor back to the Octagon. With Edgar, Dustin Poirier and Justin Gaethje all calling for their shot. Although most fans have been calling for the former UFC two division champion to go up against Poirier or Gaethje on his return, it looks like Edgar could be the one to receive the ‘red panty night’.

This would please McGregor’s coach John Kavanagh, who has said he would like to see him return against Edgar. With three title fights already booked for the UFC’s December pay-per-view card, UFC 245, it is unlikely that McGregor would be added to this card but you never know.

Meanwhile, Paulie Malignaggi has laughed at suggestions that McGregor could be returning to the boxing ring, saying “He can’t fight, he’s not a boxer.”

McGregor hasn’t fought in just over one year, since losing to Khabib Nurmagomedov at UFC 229. Edgar is coming off a loss to Max Holloway at UFC 240, while challenging for the featherweight title. After the defeat, the 37 year old said he would be moving down to bantamweight. He has since said that he would fight McGregor at any weight.

Who would you like to see McGregor fight on his return to the Octagon?