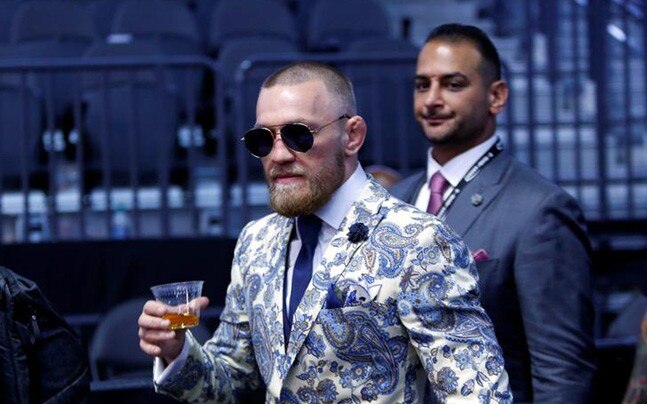 Former UFC two-division champion Conor McGregor has been officially charged with assault, following a bar altercation back in April. Footage emerged few months ago of Conor punching an elderly gentleman, after the man reportedly refused McGregor’s invitation to have a free shot of his Proper Twelve whiskey.

Since then, Conor has owned up to his mistake, and spoke with ESPN about wanting to turn a corner. And according to Independent.ie, the Irishman is set to appear in a Dublin court next week. McGregor has reportedly been booked under Section Two of the Non-Fatal Offences Against the Person Act.

It could get worse for McGregor, as if found guilty, “Notorious” will have to pay up to 1,500 Euros, and could be handed a maximum jail time of up to six months.

The 31-year-old last fought inside the Octagon in November 2018, when he lost to Khabib Nurmagomedov. Conor was subsequently suspended for six months due to the aftermath of the fight, and was close to returning earlier this year for a fight with Donald Cerrone. However, McGregor refused to accept the fight reportedly due to it not being the main event, and has since been calling out fighters on social media.

This wasn’t Conor’s first recorded offence either. Back in March, Conor snatched a mobile phone from a fan’s hand, before stomping on it in Miami. A friend of the 50-year old victim, who was at the receiving end of the punch explained to the Daily Mirror as to what really transpired.

“He was having his pint when McGregor came in and offered everyone a drink of his whiskey. Conor insisted he take it and when he refused a second time McGregor wasn’t impressed.

“Next thing he punched him in the side of the face. He didn’t feel the pain of it at the time, but the next day he was in bits. It was a proper hard hit.

“His face was very sore. He was very shaken by the whole thing and didn’t leave his house for days.”

UFC Lightweight Champion Khabib Nurmagomedov had earlier called for the Irish police to arrest Conor for his actions.

“We have to respect old people, I don’t understand”, the Dagestani fighter told TMZ Sports. “One fan sent me a message, he said ‘Hey, you remember when he tried to give you his whiskey, like alcohol, and you don’t take this? But why don’t he punch you?’ But now he goes crazy with old people? I don’t understand this.

“I don’t want to say nothing to him. I just want to say Ireland’s government, where are you guys? Send him location! That’s it.”

Conor McGregor later apologised for his actions, and said what he did was uncalled for.

“I was in the wrong,” he told ESPN. “That man deserved to enjoy his time in the pub without having it end the way it did.

“I tried to make amends and I made amends back then. But it doesn’t matter. I was in the wrong. I must come here before you and take accountability and take responsibility. I owe it to the people that have been supporting me.

“That’s not who I am. That’s not the reason why I got into martial arts or studying combat sports. The reason I got into it was to defend against that type of scenario. Whatever comes my way, I will face it.”