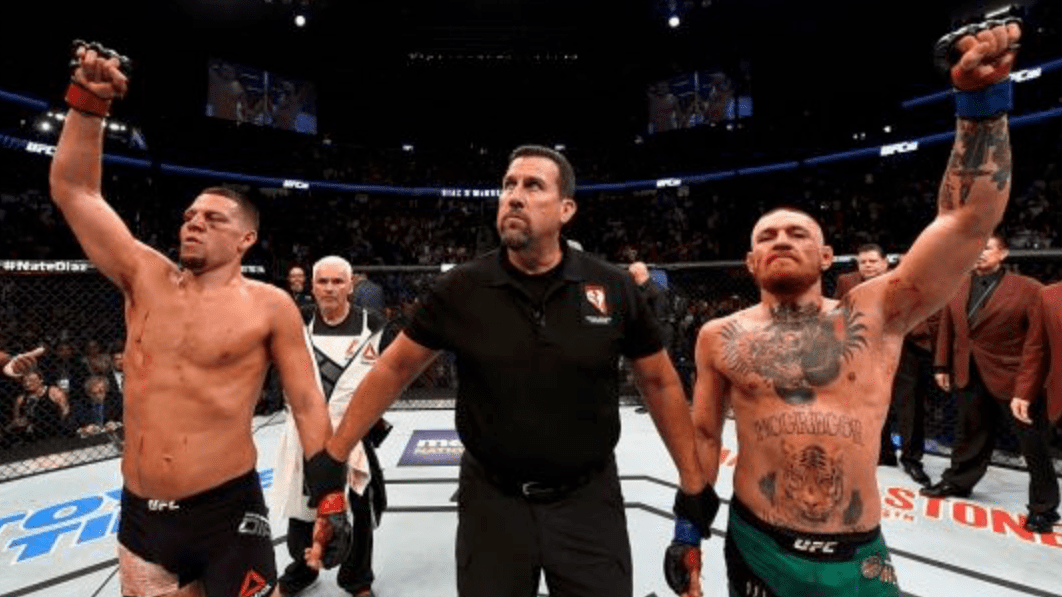 Conor McGregor might not have fought in nearly a year, but he knows who he wants to fight next.

Nate Diaz was back in action this past weekend at UFC 241, picking up an impressive win over Anthony Pettis. Nathan Diaz has gained a cult following of sorts following his two fights with Conor McGregor three years ago, and while the cocky Irishman is more focused on ventures outside the Octagon, Diaz returned after a three year hiatus, and looked better than ever. Nate lit up Pettis on the feet with his dirty boxing, and proved that he is one of the best BJJ practitioners in the sport when the fight hit the mat.

While Nate was unable to stop Pettis in the three rounds, he won a unanimous decision won. After the fight, Nate called out “Street Jesus” Jorge Masvidal, and “Gamebred” said he was down for a fight with Nate Diaz.

However, Conor felt left out in this ordeal, and recently took to social media to say that he would like to have a trilogy fight with Nate, and gave his former opponent props for his performance inside the cage.

“3 years to the day myself and this Mexican animal went to war”, Conor wrote on his Facebook page. “Congrats on the win this weekend Nate, it was motivating to see it for my own comeback. I don’t blame you not mentioning me for the trilogy bout post fight, you know what I’m like when I get going. Vicious.

“I loved the round 3 style from round 1 that you implemented. It’s what I was hoping you would implement for this bout and was glad to see you do it. I’ll be prepared for it when we go again. If we go again. If not, respect always. A war for the ages. No b**ch talk. Just real s**t.”