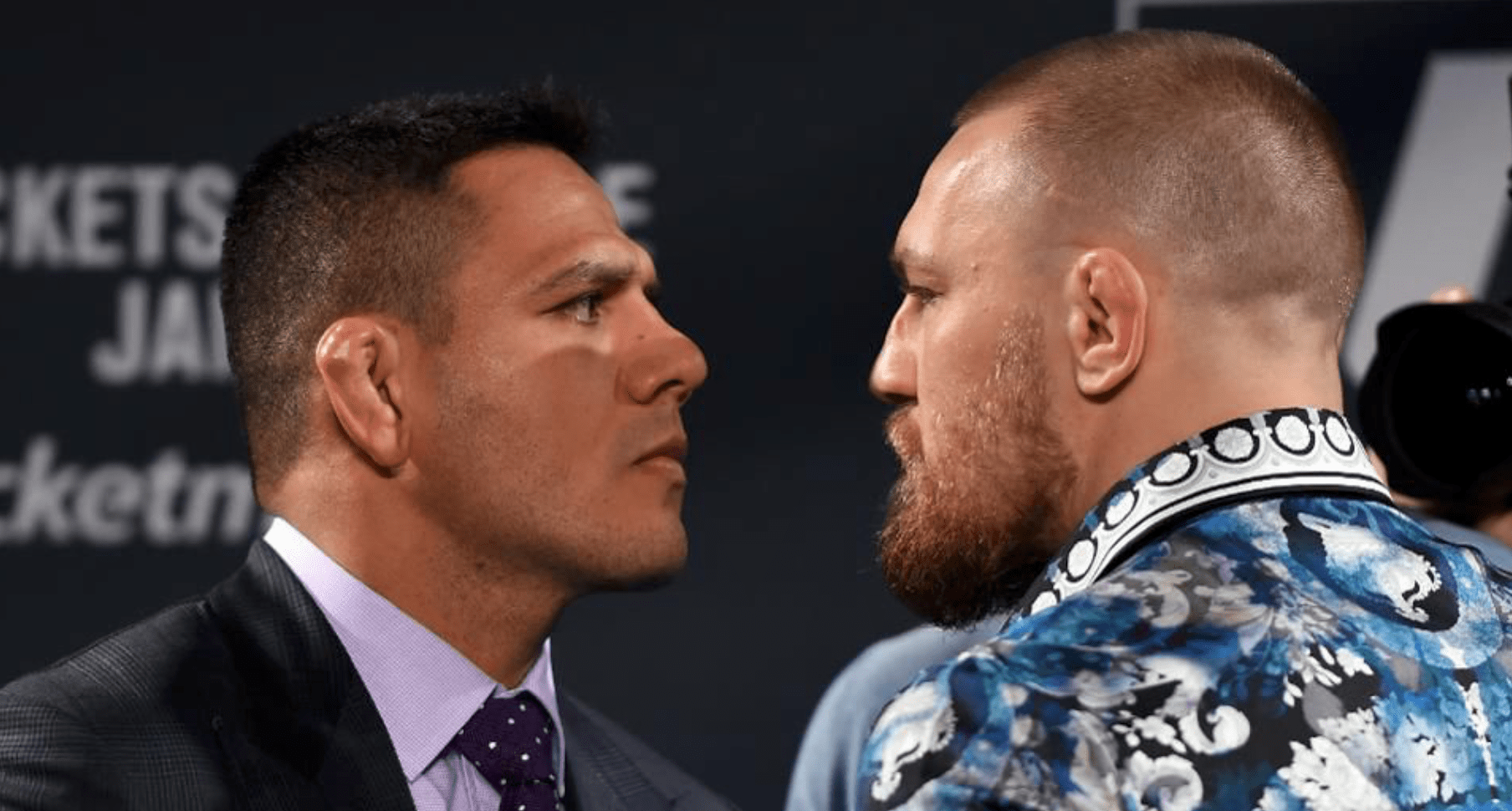 Conor McGregor has once again had his say on a UFC card. It’s become a little bit of a habit this year, that once a card is over, McGregor has taken to social media to express his thoughts on the fights.

On several of these occasions, the former UFC two division champion has been full of praise towards his fellow fighters. That wasn’t the case after UFC Rochester however. Although he didn’t mention the main event itself, McGregor couldn’t help but have a little dig at Rafael dos Anjos.

Responding to a fan who had commented that it’s a shame we never got to see dos Anjos vs McGregor, the Irish man was quick to reply that the Brazilian had bottled out of their originally booked fight in 2016, with a broken toe.

They were scheduled to fight at UFC 196, for RDA’s UFC lightweight title, while McGregor was the featherweight champion. But with less than two weeks to go until fight night, dos Anjos broke his foot and was replaced by Nate Diaz.

Diaz would go on to submit McGregor in the second round and dos Anjos would later go on to lose his 155lbs title to Eddie Alvarez. Who would later lose it to McGregor.

When another fan posted a photo of dos Anjos’ broken foot, McGregor jokingly took back his original comment, saying that he was mistaken. It was a broken toe, it was just a bruise.

Rafael submitted Kevin Lee, via arm triangle in the fourth round of their welterweight main event.

It is believed that the UFC were trying to make a fight between the two again in the lead up to UFC 223, before the infamous bus incident, which saw Conor and his crew attack the bus that Khabib Nurmagomedov was on.

Although McGregor announced his retirement on Twitter in March, he is expected to return to the Octagon later this year.

Would you like to see the former UFC lightweight champions finally face each other inside the Octagon?