Conor McGregor Vs Jose Aldo 2 In The Works – Report 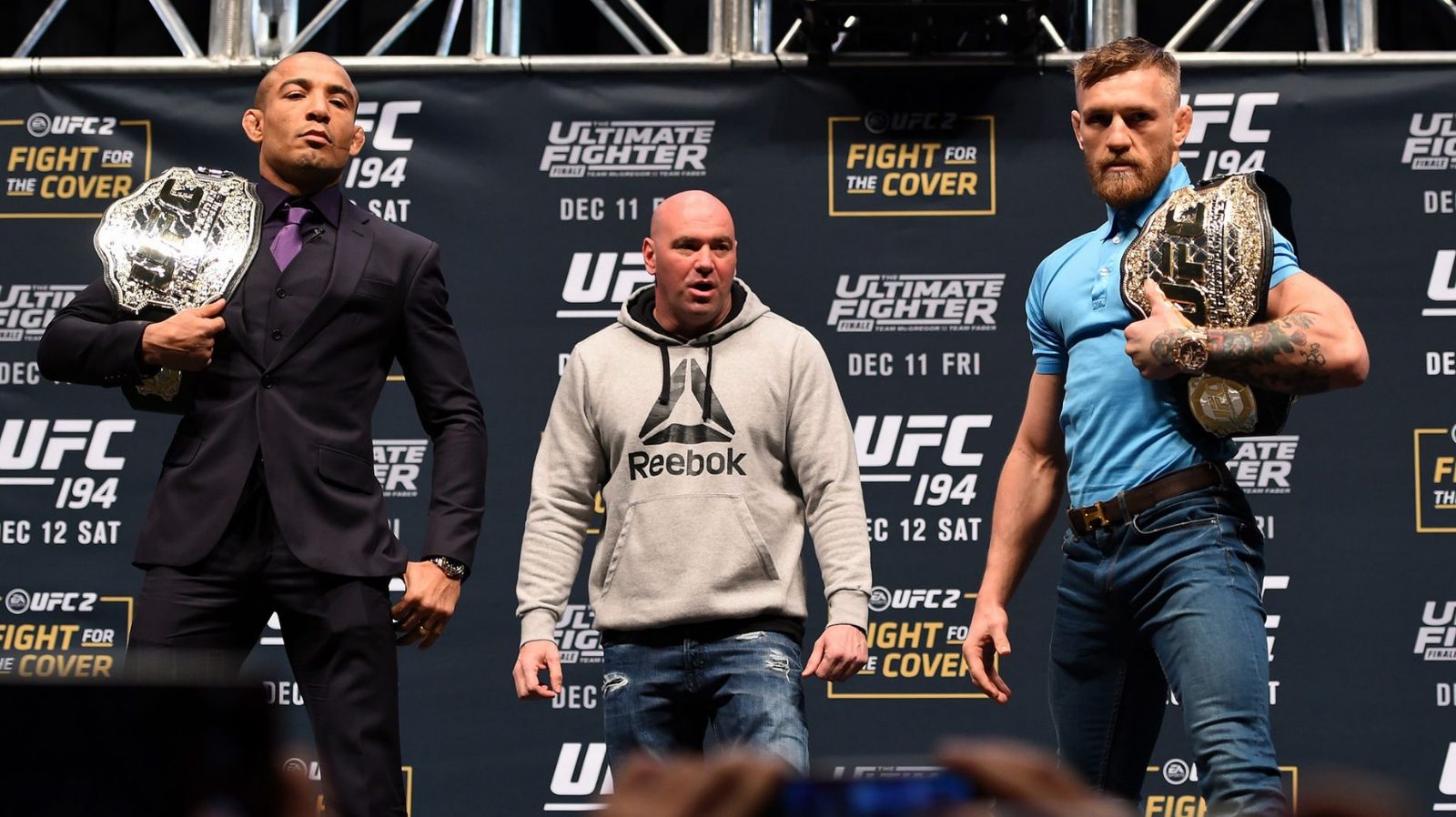 Conor McGregor’s greatest victory in his illustrious MMA career came against Jose Aldo. In what seems like an eternity, McGregor and Aldo faced off in a high-voltage clash back in 2015. The Irishman cemented his legacy on that night, when he knocked out Jose Aldo in less than half a minute, winning the featherweight title.

Since then, both men’s careers have taken different paths. McGregor would go on to box Floyd Mayweather, become a two-division champion and become a successful businessman. Aldo, on the other hand, was never truly able to get back to his glory days. After losing to Max Holloway couple of times, he recently lost to Alexander Volkanovski. Aldo and McGregor are arguably in their final years as mixed martial artists, and according to reports, the duo might face each other one more time.

While Aldo chased a rematch with Conor after losing to the Irishman, McGregor never expressed his interest. However, both men now find themselves in a situation where money appeals more to them, and aren’t in contention to fight for a title next.

With Jose Aldo fighting out his contract, it is being reported that UFC offered him a fight with McGregor to keep him with the promotion. Conor hasn’t fought inside the Octagon since losing to Khabib Nurmagomedov last year – and quite decisively. This means that he now finds himself at the back of the line for a title shot.

It will be interesting to see if Conor and Jose’s rumoured fight will come to fruition inside the Madison Square Garden in November. Two other fighters who desperately want to fight on the card are Corey Anderson and Johnny Walker.