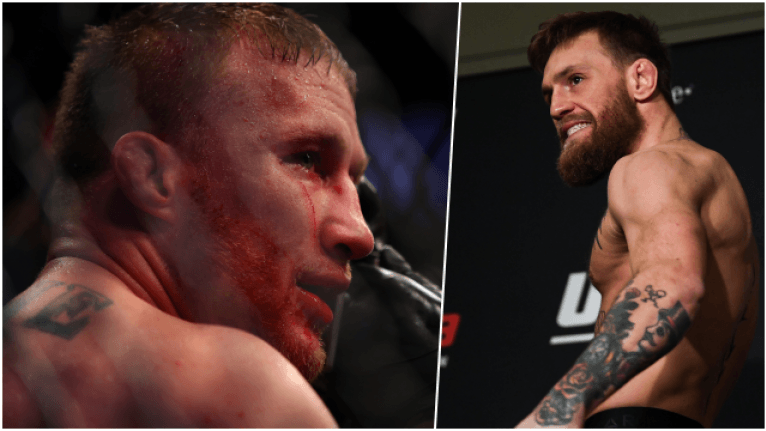 Justin Gaethje might have given Conor McGregor a reason to fight this year.

Last night at UFC 242, Khabib Nurmagomedov once again proved his dominance, submitting Dustin Poirier to unify the lightweight title. Khabib’s impressive winning streak remains unblemished, and has defeated both Conor McGregor and Dustin Poirier within a 12 month period. After the fight, “Eagle” also made it clear that he wants to fight Tony Ferguson next.

However, former champion Conor McGregor wasted no time, taking to social media to call out his former opponent. “Notorious” and the Dagestani mauler were involved in a heated rivalry during the lead up to their fight last year. And Conor has made it clear that he wants a crack at Khabib once again.

“Book my rematch for Moscow”, McGregor tweeted. While a lot of people commented on his post, a certain lightweight contender pulled no punches.

“You’re a tool”, Justin Gaethje replied. “You have lost everything already. You are a s**t human, father, and husband. F**k you”.

When Conor McGregor’s fans took exception with his statement, Gaethje elaborated on his tweet.

“Nothing to do with fighting. Great fighter. His distance management is second to none his timing is impeccable and he hits like a truck. S*it human and deserves to be called out for that. Unfortunately for him his indiscretions are unforgivable.”

With the win at UFC 242, Khabib will in all likelihood fight Tony Ferguson next.