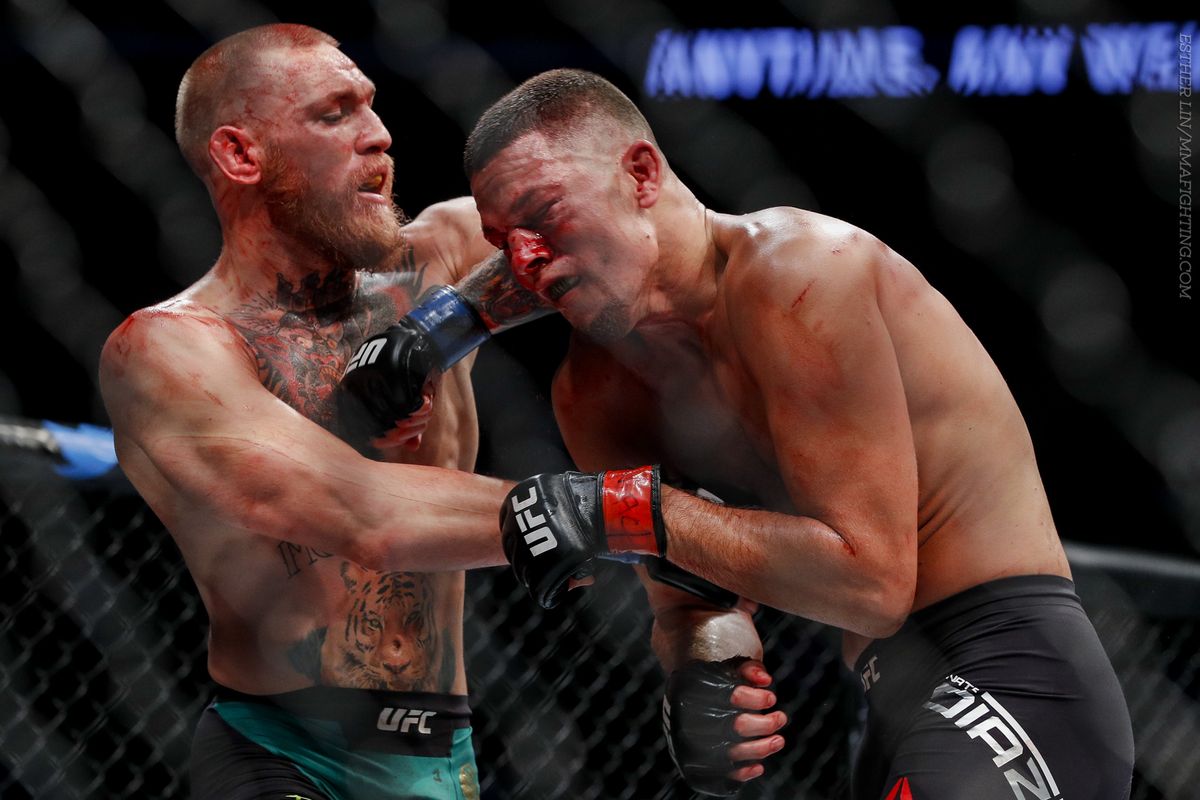 Conor McGregor may not be eligible to fight inside the Octagon for a couple of months, but that hasn’t stopped the Irishman from calling out any and all fighters. From Kelvin Gastelum to Anderson Silva, McGregor has been rolling out challenges as if they were $1 bills.

While Conor is expected to face Donald Cerrone in the next couple of months, the former UFC Lightweight Champion was once again in good spirits during UFC 234. Anderson Silva lost to Israel Adesanya in the main event, but not before turning back the clocks and putting on a vintage Silva performance.

After the fight, Conor McGregor expressed his interest in fighting Silva. During the post-fight press conference, Anderson also talked about the possibility of fighting Nick Diaz again, but this time in Curitiba, Brazil. And Conor immediately donned the hat of a match maker, and told UFC to book him on the same card against Nate Diaz!

Conor and Nate share one victory each, and previously expressed their interest in a trilogy fight. With Tony Ferguson expected to face Khabib Nurmagomedov next, Conor will have to wait in line for another title shot. And if he doesn’t face ‘Cowboy’ next, the fans would definitely want to see McGregor fighting Diaz again.