Corey Anderson Blames Media For Clickbaiting His Comments At UFC 244 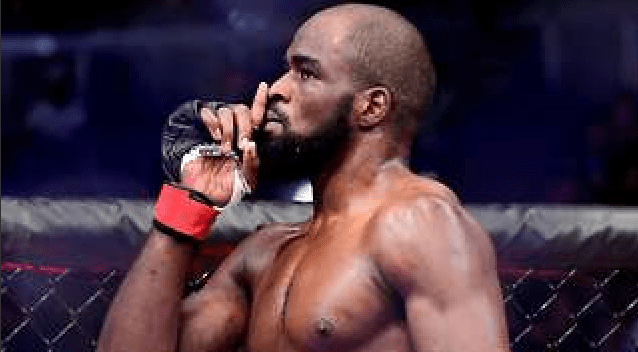 UFC Light Heavyweight contender Corey Anderson was very vocal about his desire to challenge the division title holder Jon Jones for the coveted belt. This is after his impressive knockout win over hot prospect Johnny Walker, in the first round of their match last weekend at UFC 244.

But reports have surfaced that if he doesn’t get that title shot from the promotion, he would request for a release and compete elsewhere – an ultimatum to be exact. To which UFC president Dana White responded by telling Anderson to accept the fights he’s offered.

“We’ll figure out what’s next for you and when your contract is up, if you still don’t want to be here, you can do whatever you want to do, in the mean time, take the fights that we offer you. Pretty simple.”

Since then, Anderson has explained exactly what he really said following his win at UFC 244, to MMA Fighting.

“I have to clear that up. Media’s known for clickbaiting and I think I know what reporter said that but he didn’t say the whole interview. The interview in the back they said ‘what do you want next?’ and I said I want a title fight. I want Jon Jones my next fight. Then they mentioned Dominick Reyes and I said 100 percent, Dominick Reyes has been doing his work, he’s put in his time. I wanted to fight him but he’s earned this fight, too. I’m in no rush to fight for the title right now,” started Anderson.

“If Jon Jones wants to fight Dominick Reyes in December or January, that’s completely fine. I will take the winner of that. Then it went onto ‘but what if they try to take one of these new guys and bump them up in the rankings and put them in front of you — what if after Dominick Reyes, they push you to the back of the line again, what would you do?’. That’s when I said, if they’re going to do that to me, then release me,” he continued.

‘Overtime’ elaborated that if the UFC doesn’t recognize the hardwork and results he’s been getting, the company should free him.

“If they’re not going to give me what I’ve earned and I’ve fought this much and done this much in this short amount of time and fought these top guys and I’ve earned my worth and they want to go ahead and put these new guys in front of me, then they can release me. Other than that, I’m willing to wait for my turn. But I want to fight for the belt next.”

Anderson also answered Dana White’s comment about his previous statement and cleared the issue with the UFC boss.

“I want to fight for belt next, then I saw what Dana said about ‘Corey being dumb, he talks too much, take the fights we give you’, I have no problem taking the fights you give me but at the same time, I don’t want to be at the point where they’re trying to bump up some new contender again, some guy they picked up on short notice or has a great post-fight interview and they try to put him in front of me to fight for the title. That’s what I was saying.”

Despite the wish to fight the champion, Corey is not in any rush to book another fight this year.

When asked about Dominick Reyes’ chances against Jones, Anderson said he didn’t fancy his chances.

“With one arm tied behind his back and his eyes closed. Everybody has a puncher’s chance. Dominick Reyes has done his part and he did his work and I’ve got to give him that. He’s been earning his stripes and he’s been killing it. But when you watch Dominick Reyes, he’s still not a complete mixed martial artist. He’s young. He still hasn’t been tested to the point where he gets hurt and he has to come back from adversity.”

Corey Anderson asserted his experience over Dominick Reyes, which he believes Dominick needs to encounter first.

“I’ve been hurt in fights. I’ve been dropped. I’ve lost fights and come back. I’ve been knocked out and come back. He hasn’t had that mental test yet so when he gets in there against Jon, and he gets into that first tough situation, I don’t think he would handle it well. I feel like he would crumble. He’s going to fold.”

Since making these comments, Jones has taken to Twitter to state that he’s fighting Reyes next.

Who do you think Corey Anderson should fight next?