Costa, Romero Gained Over 10% Of Their Body Weight Ahead UFC 241 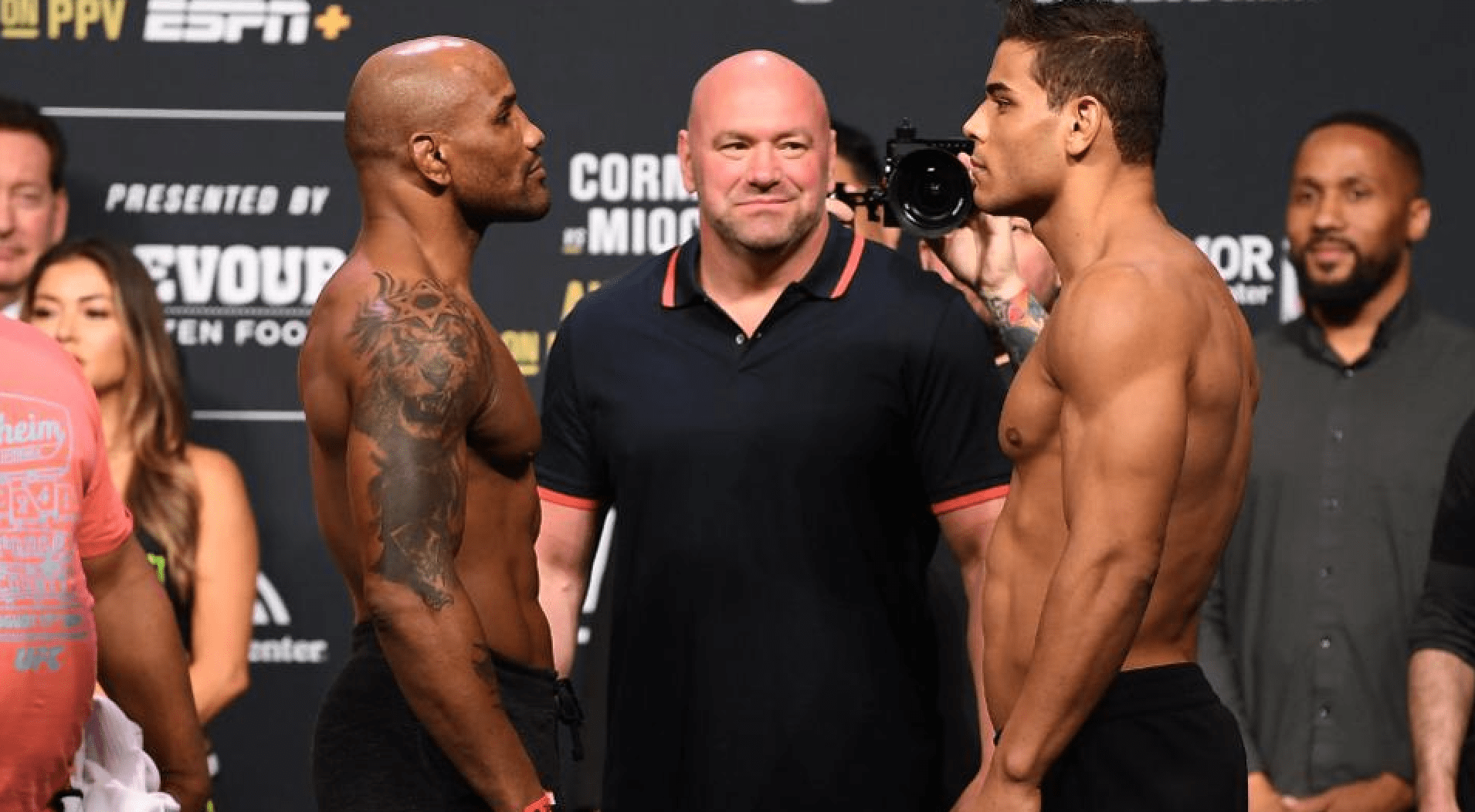 UFC 241 went down over the weekend at the Honda Center, in Anaheim, California. In the main event, Stipe Miocic defeated Daniel Cormier to win back his UFC heavyweight title. Nate Diaz made a successful return to action in the co-main event, putting in a dominant display to beat Anthony Pettis via unanimous decision. Paulo Costa vs Yoel Romero also starred on the main card, in a battle of the two huge middleweights. Costa just done enough to squeeze a razor close unanimous decision.

With the card taking place in California, it means we get to find out the fighters’ weight on fight night and compare it to their weigh-in weight. Earlier today, Jed I. Goodman tweeted how much the top six fighters on the card weighed on fight night.


Miocic, Cormier, Diaz and Pettis all gained less than 10% of their body weight between the weigh-ins on Friday morning and fight night on Saturday evening. The California State Athletic Commission (CSAC) recommend that fighters gain no more than 10%.

Not surprisingly, Costa and Romero both gained in excess of 10%. Costa, 14.9% and Romero, 12.3%. Interestingly, Cormier gained an additional 10.5lbs (4.4.%). Meaning he must have cut some weight for the weigh-ins, despite being considerably under the 265lbs weight limit for heavyweight.

The CSAC started to release fighters’ fight night weight in the summer of 2018. Just last week, Aspen Ladd had her bantamweight licence suspended by the CSAC for gaining 24lbs, going from 135lbs to 159lbs. A whopping increase of almost 18%.

Although it would appear that more fighters in the UFC are moving up a weight class to compete closer to their walk around weight, there are still fighters that push their bodies to the limit, when cutting weight. The CSAC have been more proactive than most commissions in addressing the weight cutting issues in MMA.

ONE Championship has a system in place where they test fighters’ weight and hydration throughout fight week. And although there has been a little bit of criticism in the past for a lack of transparency, at their most recent event, ONE: Dreams Of Gold in Bangkok, the promotion shared a livestream of the weigh-ins on their YouTube channel for the first time and published the full results.

We can now provide details of how much the rest of the UFC 241 card weighed on fight night (via ESPN).


That means a total of thirteen fighters from the twelve fights on the card, gained more than CSAC’s 10% recommendation. The fighter who gained the most percentage of weight was Manny Bermudez, whose weight went up 17.7%. He fought Casey Kenney, who put on the least percentage, outside of the heavyweight fighters. Despite weighing almost 20lbs heavier than his opponent of fight night though, Bermudez still lost.

There were five fights where one of the two fighters went over the 10% recommendation. Out of the five, only two fights saw the bigger fighter win. And one of those was Derek Brunson, who only gained 0.4% more than his opponent Heinisch.

Despite only weighing 233lbs on fight night, Miocic has ruled out moving down to light heavyweight.