‘Cowboy’: I’m Not Training At Roufusport Or Taking A Dive Against Conor 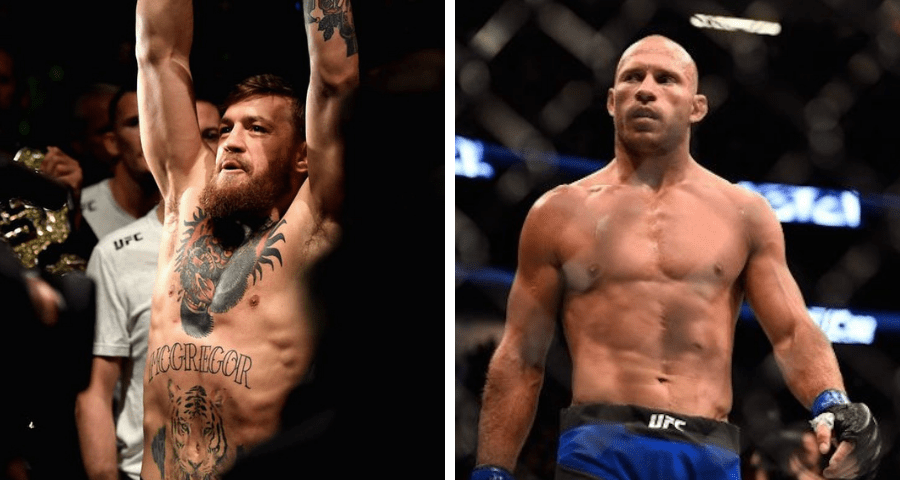 The next time we see the Octagon, it will be at the T-Mobile Arena in Las Vegas, on January 18th. And the main event will see Donald Cerrone face Conor McGregor. Shortly after UFC president Dana White confirmed the fight, Duke Roufus told Luke Thomas that ‘Cowboy’ would be “coming out to do a little training with us, and I’m pretty excited about it actually.”

However, speaking to MMA Junkie, ‘Cowboy’ denied that he would be training at Roufusport in the lead up to UFC 246.

“Those reports are not accurate. I’m not sure where that came. I heard it also. I’m like, ‘Oh, I guess I’m going to Duke Roufus’, huh?’ It’s just another clickbait from you guys. I love you media motherf***ers. Anything you guys can grasp your f***ing hands on you’ll do it.”

After being informed that the ‘clickbait’ came directly from ‘the horse’s mouth’, Duke Roufus, ‘Cowboy’ responded by saying that he’s the only one who would know if he was going anywhere.

After clearing up the story that he wouldn’t be training at Roufusport and that he’ll be training at his BMF Ranch again, ‘Cowboy’ also cleared up another rumour to hit the internet in the last week.

With Conor McGregor mapping out his plan to fight ‘Cowboy’, Jorge Masvidal and then Khabib Nurmagomedov in 2020, some fans have suggested that Cerrone is being paid to take a dive against the Irishman.

Speaking to MMA Fighting, ‘Cowboy’ shot that idea down. Stating he wouldn’t throw a fight for all the money in the world.

“Hell no, I’m not bowing down. There’s a bunch of s*** going around, people keep telling me ‘I heard you’re getting paid to take a dive.’ There wouldn’t be enough money in the world for someone to pay me to take a dive. I could never look myself in the mirror if somebody paid me to take a dive. S***, never happen.

“I’d rather fight for free than take money to f***ing lose. That’s not me. I’m going to fight my ass off like I do every time.”

‘Cowboy’ also hit back at fans that are saying that Justin Gaethje should have been given the McGregor fight instead of him. Reminding them that he’s still in the top five of the UFC lightweight rankings.

“I’m still number four or five or whatever the hell I am. It’s not like I’m getting beat up by bums, somewhere down there getting tumbleweeded in the rankings pool. I don’t know where I’m sitting but I’m still at the top of the list.”

With McGregor having only fought once inside the Octagon in the last three years, some fans are also questioning whether we will see the Conor of old on January 18th. However, ‘Cowboy’ has no doubts that he’s going to face the best version of Conor McGregor at UFC 245.

How do you think ‘Cowboy’ Cerrone vs Conor McGregor goes at UFC 245?