‘Cowboy’ Opens Up On McGregor Loss: The Wrong Guy Showed Up 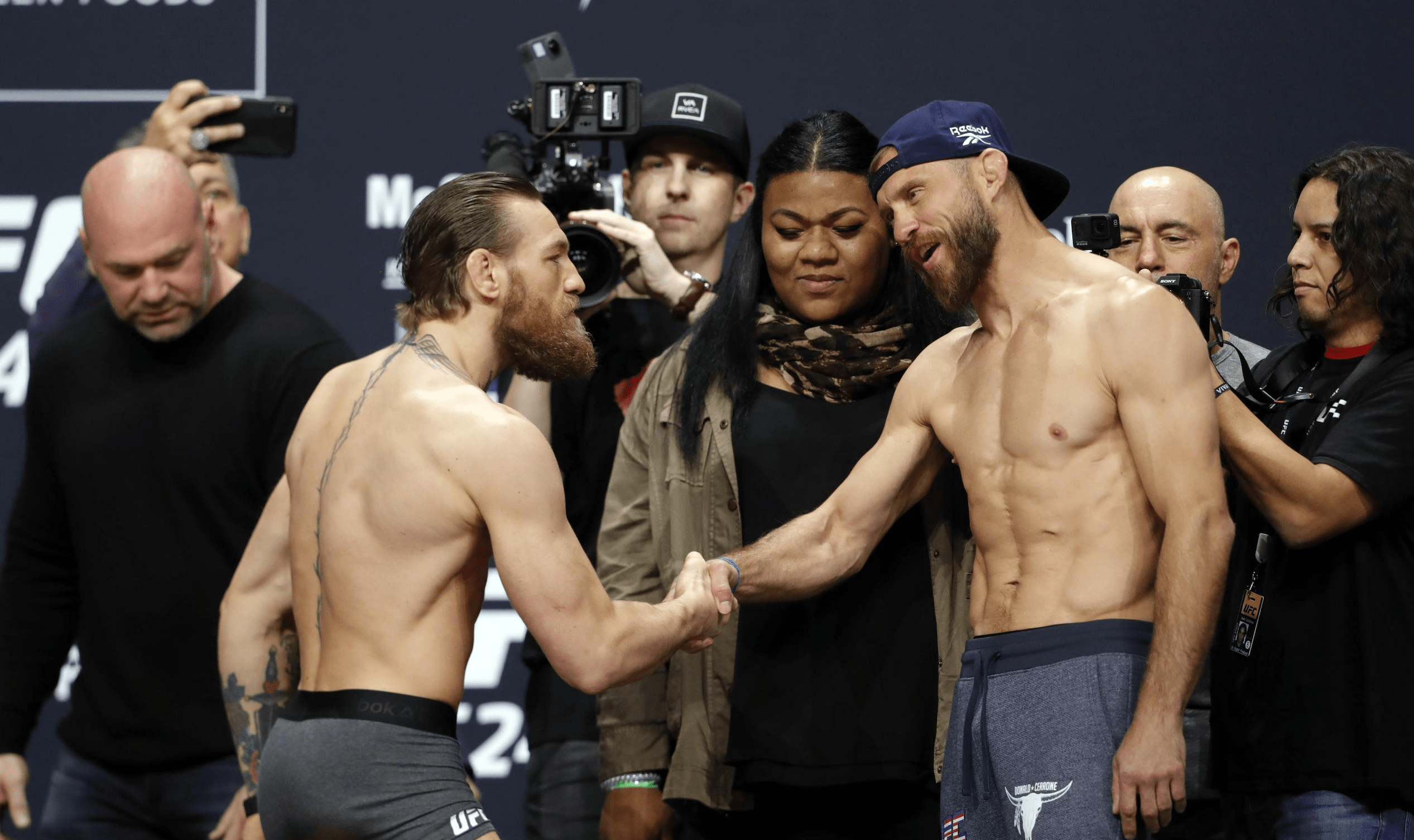 The year 2020 started off with a bang, as Conor McGregor rose from the ashes to take out ‘Cowboy’ Cerrone at UFC 246, in just 40 seconds of the very first round.

‘Cowboy’ currently stands as the all-time leader in victories, finishes, and performance bonuses in the UFC. However, those phenomenal records weren’t enough to stop McGregor’s rapid-fire striking ability in the opening exchanges of the fight.

Although ‘Cowboy’ is notorious for his strong head-kick accomplishments and wicked ground game, he is also recognised as a slow-starter of sorts. Speaking to ESPN‘s Brett Okamoto (as transcribed by The Mac Life), Cerrone opened up on he turn up for the fight.

As the fight drew closer, ‘Cowboy’ claimed he just didn’t seem to have the energy to deal with the huge hype behind McGregor’s MMA return, and the expectancy that came with it.

From the opening bell, McGregor leaped into his shot with a thunderbolt of left hand, causing Cerrone to duck under and engage in a clinch battle. According to ‘Cowboy’, that moment was the beginning of the end of the fight.

“When he came at me and ran for that big shot and I shot in, man, I hit his hip bone and that’s what started the whole… you know, and then I grabbed a hold of him just to get my bearings back and he did the jumping shoulder slam, which just compounded the fog in my brain, and then I let go and he head kicked me. So it was just like, there was no time to regroup. From the first second of the fight to when he ended it that I couldn’t even get my bearings back,” Cerrone said.

After the contest had been concluded, some fans claimed that the fight had been rigged in favour of McGregor. Even Conor’s former foe Nate Diaz took to social media to declare the fight was “Fake as shit”. ‘Cowboy’ was quick to oppose those accusations however.

“A lot of people come at me saying I threw the fight, man, you got the wrong guy to think I’d sell my soul. There isn’t enough money in the world that I’d throw a fight,” Cerrone said. “You kidding me? Please. It’s just funny, like you guys are so stupid. For one, the infrastructure of the UFC would have to be so corrupt to pay me.

“It’s asinine to even think that would even be a thing, but there’s people that truly believe the world is flat, so there’s just dumb people out there. I don’t know what to tell you. People are crazy.”

It’s undoubtedly a familiar setting for ‘Cowboy’ to become the fish in the shark tank before breaking the ice with his opponents. Sadly, he is unsure of how to cope with his early fight nerves, which sometimes holds him back in the big fights.

“I can’t put words on it,” Cerrone said. “It’s like being somewhere you don’t wanna be, man. It’s like being in a spelling contest and you can’t spell, and you gotta stand up in front of the world and try and spell. Weird feeling, man. You’re trying to convince yourself, and you’re trying to wear the face to fake it ’til you make it but sometimes, I don’t know. It’s tough. It’s a weird sport.”

‘Cowboy’ Cerrone is set to look to avenge his loss to Anthony Pettis seven years ago, when he faces him at UFC 249, in Florida on May 9th in a welterweight clash.