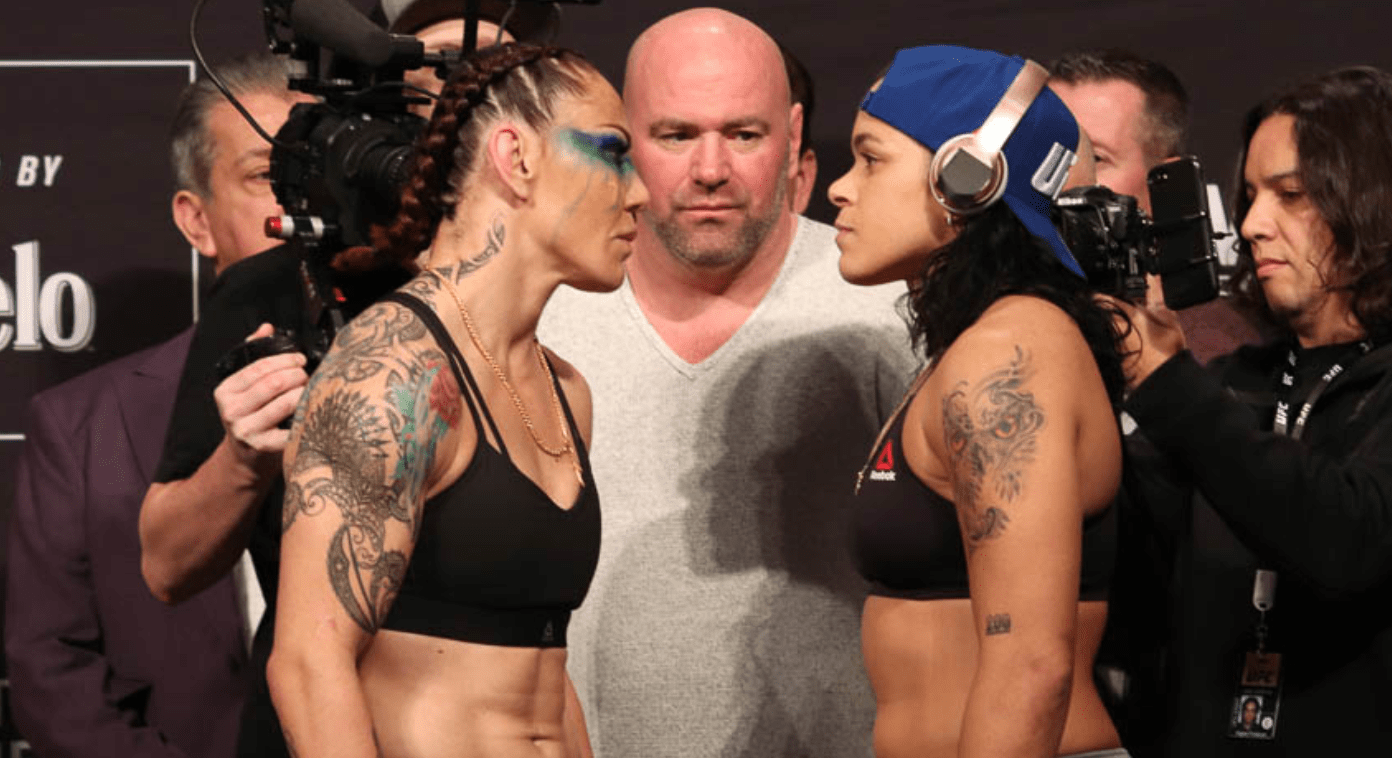 Being one of the pioneers for WMMA, Cris ‘Cyborg’ has been through quite the career, having captured titles in Strikeforce, Invicta FC, UFC, and Bellator. Speaking to MMA Junkie, the current Bellator featherweight champ shared some of the highs and lows that have come her way in the fight game.

“In the UFC, I had a nice time but hard times, too, making me think, ‘Maybe I’m going to retire. Maybe I’m going to take a break.’ Because there was a lot of stress outside the cage, not just inside. And I said, ‘I really want to be happy. I love my job.’ And since signing with Bellator, it’s made me more motivated, made me dream again, and I’m happy to work with them.

The former UFC featherweight champion circled back to March 2015, when she finally signed with the UFC. At that time, ‘Cyborg’ held the Invicta FC featherweight title and had just successfully defended the strap for the first time. After signing the contract, the now 34 year old defended her title two more times before making her UFC debut in May 2016.

“I was going to change,” ‘Cyborg’ said. “The UFC didn’t have my division, so I was probably going to go with Bellator and then what happened is that UFC contacted my manager and I signed a deal with UFC.

“My contract was with the UFC, but I was fighting in Invicta. I did like seven fights in Invicta, but was already a UFC fighter [in my last two fights].”

Having stepped into the Octagon and winning her debut against Leslie Smith at a catchweight of 140 pounds, Justino’s mind was that her next fight would come inside the Invicta FC cage, defending her featherweight belt. The UFC however, had other plans.

“When I had my first fight with UFC, it was my final fight from Invicta FC [contract], but when I did my first fight [in the UFC], I thought I was going back to Invicta to defend my title,” ‘Cyborg’ said. “Then Dana White said you’re not going back to Invicta, now you’re UFC fighter. I said, ‘Ok, but you don’t have my division and everybody knows the novela.’ I then fought at a catchweight and that was not good for me.  Then we fight so much, then they opened our division.”

The Brazilian’s two weight cuts to 140 lbs proved to be drastic. The extra five pounds she had to shed for the day of the weigh-ins was on another difficulty than she was used to. According to ‘Cyborg’, the toll it took on her body is the reason that she was not able to make the walk to fight at UFC 208, where Germain de Randamie was crowned the first UFC women’s featherweight champion, when she beat Holly Holm.

“I got sick in one weight cut and I was going to fight two months later and then Dana said, ‘Ok, you don’t want to fight, cool I’m going to make the division anyways with your title fight,’ and I didn’t fight the first fight of my division because I was sick from the weight cut. But it’s nice, now they have the weight over there, cool, we made history.”

‘Cyborg’ being passed over at the opportunity to fight for the featherweight belt proves to be one of the many internal problems she had with the promotion. However, the Brazilian didn’t let these issues get in the way of her fighting, and would go on to win the vacated 145 pound title at UFC 214, by beating Tonya Evinger.

“For me this didn’t affect me or anything. I can handle it. But in the beginning, I don’t think it affected me, but it gets harder when you have a lot of stress growing. Same when you have camp and have stress at home, you can’t train right. It’s the same thing. But this is the fight game, you know. That’s the game, but I figured it out and I chose to be happy and less stressed and love my job back.”

A few months after Justino’s first loss in the UFC handed by double-champ Amanda Nunes, she and the promotion parted ways. When asked about the situation, UFC President Dana White cited “they were no longer in the ‘Cyborg’ business.”

The highly anticipated rematch between ‘Cyborg’ and Nunes was off the table. Cris could no longer seek to avenge her first loss in 13 years.

“When you talk to any fighter, of course they want the rematch,” ‘Cyborg’ said. “My first loss I never had an opportunity for a rematch. It was my first fight of my career in MMA. I asked for a rematch, but they wouldn’t give it to me. I know at some point, if it’s in God’s plans, I’m going to get the rematch. Later, soon, I don’t know, but I just have to continue focusing, work hard, and if the fight happens, that be cool.”

While ‘Cyborg’ is unsure about ever getting a rematch with ‘The Lioness’, she finds comfort knowing she has found a new home with Bellator and has no intention of hanging up her gloves anytime soon.

“After this deal that I did, I’m really happy to be working with Scott and now I’m motivated,” ‘Cyborg’ said. “I don’t see when I want to retire. I really feel great and that’s it. I feel great about fighting and I want to do some good fights for my fans, so let’s see.”

Do you think we’ll ever see the Cris ‘Cyborg’ vs Amanda Nunes rematch?