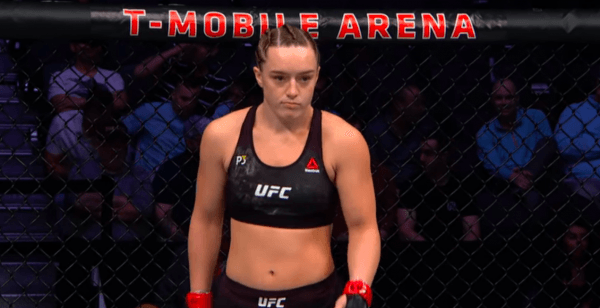 CSAC has made its decision regarding Aspen Ladd and her team’s appeal, while also announcing more stringent weight cutting policies.

In what will surely impact numerous MMA event that take place in California, the CSAC has announced it will implement new weight cutting rules. The California State Athletic Commission has been proactively discouraging fighters from cutting dangerous amounts of weight, and their new policy will surely benefit the fighters, forcing them to fight in a weight class closer to their walking/training weight.

The commission has announced that any fighter who retains 15% or more weight during the fight night after cutting weight will be pulled from the card, and the fight will be cancelled. ESPN first reported about Andy Foster led CSAC’s decision, which passed with a unanimous 5-0 vote. The changes will come into effect, however, in a year’s time.

CSAC and Foster have been extremely vocal about fighters cutting dangerous amount of weight, and the new rule will discourage fighters, promoters and managers from doing extreme weight cuts. According to Andy Foster, it is tantamount to cheating.

CSAC Executive Officer Andy Foster told ESPN, “To me, that’s a health and safety issue. It’s sanctioned cheating.” Per ESPN’s report, “28 MMA bouts from January 2019 to October 2019, out of a total of 285, saw fighters weigh more than 15% above the contracted weight class”, according to CSAC data (h/t CageSidePress).

Aspen Ladd, who faced Germaine de Randamie in the main event of UFC Sacramento back in July gained back 18% of her weight during the fight night.

Talking about Aspen Ladd, she and her team appealed to CSAC to overturn her loss to de Randamie, blaming Herb Dean of stopping the fight prematurely. However, the board refused to overturn the loss, with a vote of 3-2.

After their decision, Aspen Ladd took it in stride, saying, “I respect the commission’s vote today, we lost 3-2, life rolls on and I’m looking forward to my next scrap”.