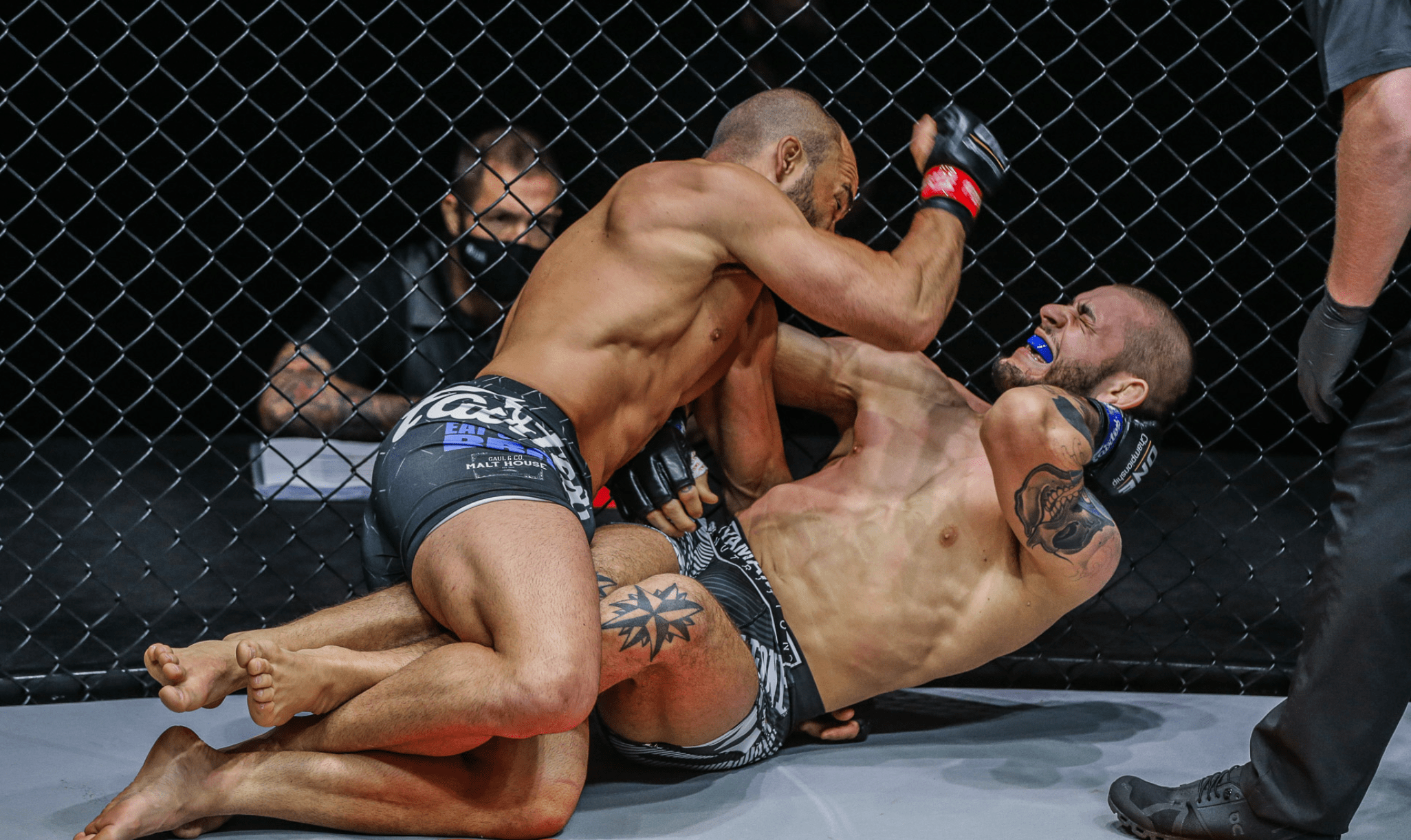 Former UFC welterweight title challenger turned commentator and analyst, Dan Hardy, has broken down the ending of the ONE on TNT 1 co-main event between Eddie Alvarez and Iuri Lapicus, which ended in a controversial disqualification.

The potential lightweight title eliminator ended in a controversial manner after Alvarez took Lapicus down and struck him with a series of vicious punches around his ear, forcing the referee to jump in and pause the action, before disqualifying the former UFC and Bellator champion moments later.

“The Target Area Was Illegal”

After the fight, many fans took to social media to defend ‘The Underground King’ and question the disqualification. Speaking on his YouTube channel (as transcribed by MMA Mania), Hardy said that although he believes the Moldovan milked the situation, some of Alvarez’s shots were illegal nonetheless.

“Lapicus, he’s driving on the underside of Eddie’s chin with his hand,” Hardy explained. “The reason he’s doing this is to try and alleviate some of the pressure that Eddie’s creating with his head towards Lapicus. He’s driving his head into the fence here to keep Lapicus in that position. And what Lapicus wants to do is create a little bit of space so he can bring his head from where it is to the inside so he can start to work up and maybe use that overhook, free a leg.

“So this is where it gets a bit chaotic. Eddie’s got him tied up here and he’s in a position where he can land punches but they’re in a very precarious position. The referee leans over in a moment and warns him about these being back of the head. And it’s almost like Eddie doubles down on the fact that it’s not an illegal shot and goes to town. The problem is as soon as the referee warns him again about back of the head, then immediately Lapicus starts to play up to it.

“Now this is where it gets frustrating. Because we can all see that Lapicus is playing up to the referee. We know he’s not that hurt. For a start he’s holding the wrong side of his head. He was hit on this side of the head and now he’s holding on to the other side. So this is what frustrates people and what gets people very animated about the decision the ref made to DQ Eddie.

“The unfortunate reality is the target area was illegal. They were illegal shots. The fact that the opponent was turning his head away doesn’t make those shots any less illegal. If I start a fight and I walk out backwards Genki Sudo style and they blast me on the back of the head, that’s still their fault because they’re targeting an area that’s an illegal shot.

“Lapicus’s ear is basically on Eddie’s cheek. And for Eddie to catch the ear at all, he’s gonna have to get around the hand that’s pushing on his chin. So that’s not a shot where he’s hitting ear at all. That is pretty much targeting top of the neck, base of the skull which is an illegal strike and there’s a reason for this.”

Blows to the back of the head are illegal for very good reasons. And Hardy has person experience of the kind of damage they can cause, having received blows to the back of his head when he fought Diego Gonzalez at Cage Warriors: Strike Force 3.

“For probably three or four months after that fight, I had numbness on the whole side of my face,” Hardy revealed. “I kept biting the inside of my cheek to where it would bleed and that’s how I knew I was biting it. It was weird, like the whole side of my face was numb. And I had damaged the nerves in the back of my neck. And fortunately it was swelling that had caused the numbness and after a few months it kind of came back.

Do you think Eddie Alvarez was rightfully disqualified against Iuri Lapicus at ONE on TNT 1?