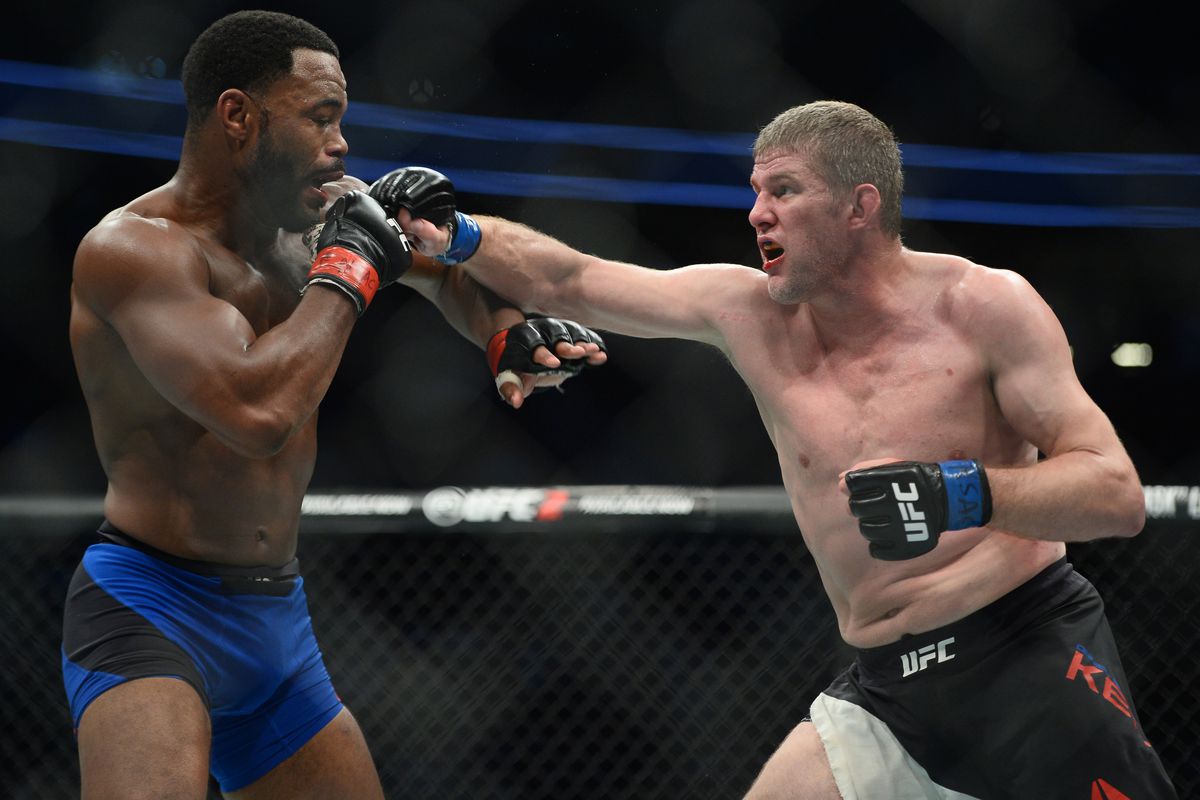 Dan Kelly has garnered somewhat of a cult following over the past year or two. The Australian middleweight isn’t visually striking like most of the other fighters, nor does he possess explosive, raw power. However, his unconventional style, and his ‘ordinary guy’ look have made him a hero of sorts. Dan Kelly, also affectionately known to the fans as ‘Dad’ or ‘Dad Bod Catterall’ recently said that he was likely done fighting in the UFC.

Kelly lobbied to fight one last time in the UFC at UFC 234 in Melbourne. Moreover, the former judoka wanted to walk out with his son, who suffers from cystinosis, in his final fight for the promotion. However, Kelly told Sherdog that UFC was just not interested in booking him at UFC 234.

“My manager spoke to [the UFC], and matchmaker Sean [Shelby] said that his portion of the card was full and that I won’t be on the card” Kelly told Sherdog. “That happened just before Christmas…. The door’s closed with the UFC. If they’re not going to put me on in Melbourne, when I’ve had some really big performances down here, it ain’t gonna happen. It is what it is, I’m 41 years-old and I don’t see myself making another run. I think that’s it.”

“I’ve got no idea [why they didn’t put me on the card]. There’s speculation that after they announced the main and co-main event, they sold the show out really quickly. And then after that, they didn’t put any real marquee match ups on the card. I’m not necessarily a marquee guy, but I’m a little bit further along contract and pay wise than the guys just starting up. I don’t know, I thought it would have been good [to have me on the card] anyway.”

Dan Kelly (13-4 MMA, 6-4 UFC) holds wins over notable names such as Rashad Evans and Chris Camozzi. Dan also recollected his experiences fighting for the organization, and the wins he picked up in the UFC.

“It’s been massive”, he said. “When I actually got in the UFC, my aim was to have 10 fights for the promotion. I got there, just. It was a good career, after my other sporting career [in judo]. Financially it’s been good for us, and in terms of promoting our gym. I got some good wins along the way. I walk out of there with a winning record of six wins, four losses. It’s not a bad record. It’s been really good, I got to fight all over the world, I got to fight some really big names. I’ve been lucky in that regard.”

“Rashad at UFC 209 was a highlight. When I beat Antonio Carlos Junior [at UFC Fight Night 85], that was also a big one. My debut [against Luke Zachrich] was great. And my win [against Chris Camozzi] in Melbourne,that was a really big one too. Those are probably the standouts.”