Dan Lambert: Claressa Shields Would Get Smashed By Amanda Nunes 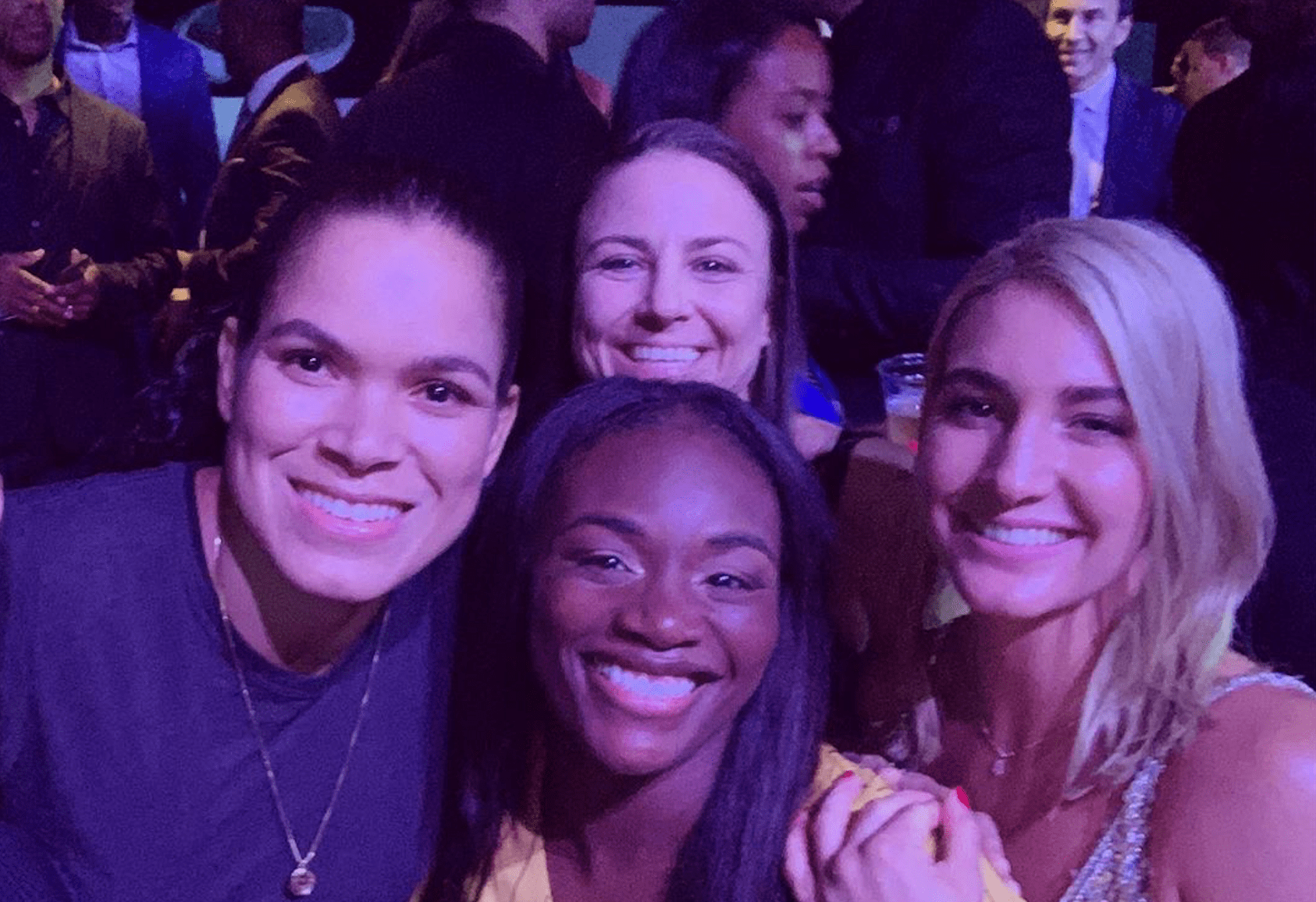 What started out as a challenge inside the boxing ring, has become a serious challenge to come over to the world of MMA. Claressa Shields called out Amanda Nunes for a boxing contest six months ago but has since shown a real interest in facing the UFC two division champion inside the Octagon.

Having tweeted in October that she intended to move to MMA in 2020, due to a lack of respect shown to her in boxing, UFC president Dana White flew out Shields to UFC 245, where she watched Nunes successfully defended her UFC bantamweight title against Germaine de Randamie.

Whilst at UFC 245, Shields told ESPN that she was in talks with Dana about a potential future fight with Nunes.

During the UFC 245 post fight press conference, Nunes was asked about Shields and responded by sending a warning to the WBA, WBC, IBF, WBO and The Ring middleweight champion.

“She saw tonight. I don’t think she’s going to want anything to do with this. If she wants to see me, come to my world. I’m gonna be here. I’m an MMA fighter. She wants to see me, I’m gonna wrestle the s*** out of you and finish you with a jiu-jitsu submission. I want to see how she’s gonna feel.

“I’m an MMA fighter, why she want to take me from my sport? If she wants to fight me, come to my world. It doesn’t make any sense. I respect her as a boxer, but I’m an MMA fighter. I don’t like to fight [in boxing]. I like MMA. I like what I did today. If she can handle that for five rounds, come see me.”

Shields stated to ESPN that she would take six to twelve months to train the different disciplines of MMA before making her debut. When Nunes was told this, she remarked that in the six years since she last fought de Randamie, the former kickboxing world champion had not learn sufficient takedown defence to stop her takedowns in the fight.

“Claressa would probably get smashed. I mean why didn’t Floyd [Mayweather] want to fight Conor in MMA? I give Claressa less chances of beating Amanda in MMA than I gave Conor beating Floyd [in boxing]. It’s not her sport.

“You can’t go a lifetime of training in boxing with no sprawling and no wrestling and no grappling. How do you expect someone like that to cross over? I guess you’ve got that one in a million miracle shot that could land. I don’t know.”

Lambert went on to say that Shields would be a huge favourite inside the boxing ring, should they ever meet there. Although he added that a boxing match would be closer than an MMA bout.

“Claressa would be a monster favourite in a boxing match. I think Amanda’s a unique specimen with how hard she hits. As a female fighter, I think she’s kind of a unicorn when it comes to that, so I would say the gap between the two is much narrower if Amanda were to challenge a boxer than if a boxer would challenge an MMA fighter. There’s just so many ways for Amanda to win an MMA. There’s only one way for Claressa to win a boxing match. So I would think that it’s smaller, but it would still be a really, really big gap for Claressa [in boxing]. That’s all she does,” Lambert stated.

“They’re different sports. Just because people get punched in both of them don’t make them the same sport. I like hype. I like promotions. I like setting up big fights. But realistically speaking, how are you going to take someone who’s the best at one sport and think that somebody else could beat them because they are the best in the world at another sport?

“That’s like asking the best MMA grappler to go have a grappling match with Gordon Ryan. All that dude does is train grappling, and he’s the best in the world at it because that’s all he does. Where an MMA fighter has to work on his grappling, but he’s got to work on his boxing, his kickboxing, his wrestling, there’s just so many other things that he has to concentrate on where Gordon Ryan only has to concentrate on one part of it. It’s just not fair.”

Do you agree with Dan Lambert’s assessment of Amanda Nunes vs Claressa Shields?