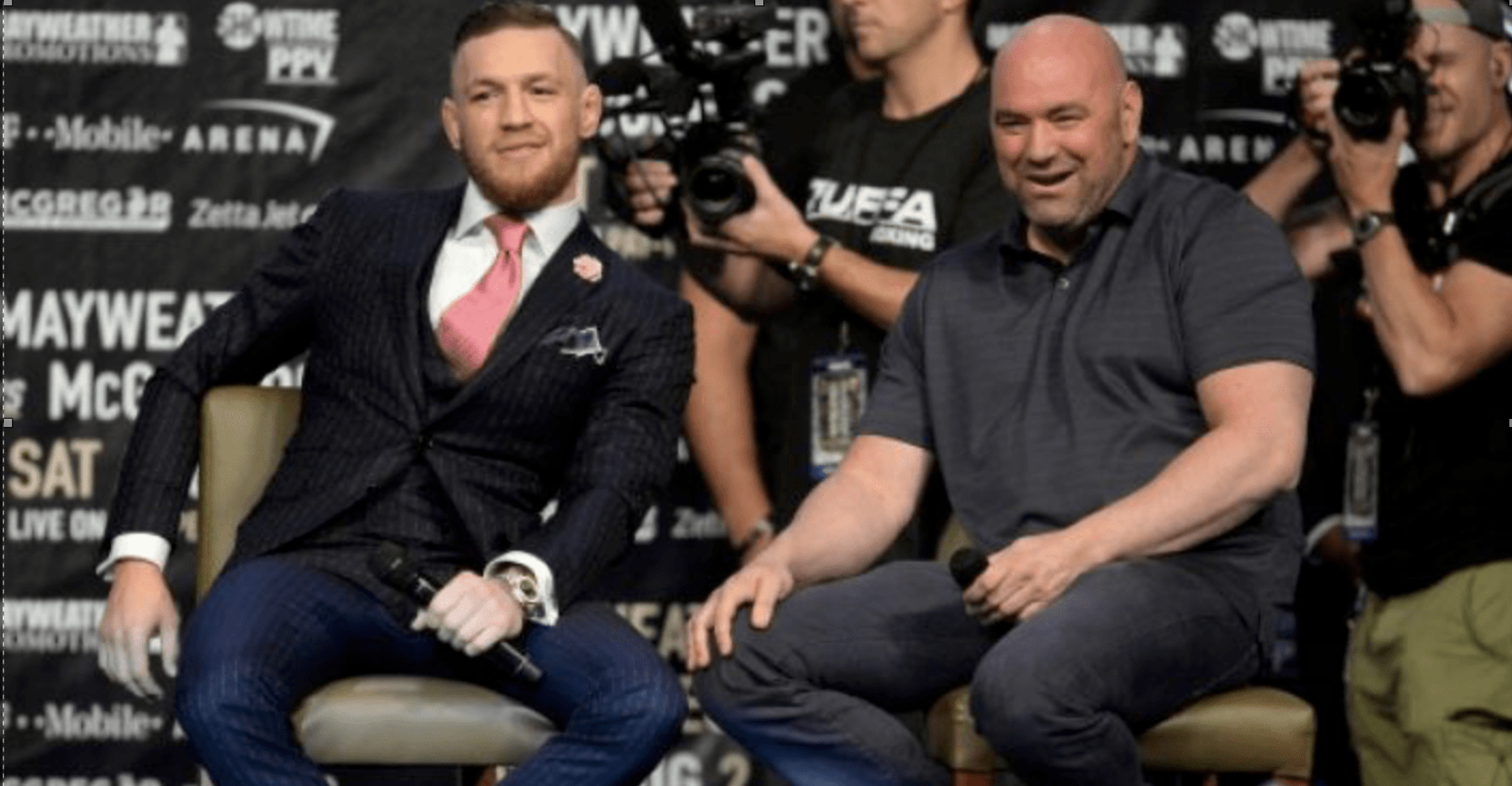 Now that the UFC is fully back up and running, Dana White is busy once again booking fights and running the three events earlier this month in Jacksonville, Florida, and the two events this weekend and next, at the UFC APEX in Las Vegas, Nevada. As well as making plans for ‘Fight Island’.

Leading up to this weekend’s UFC Vegas, Dana gave an update on some of the current talking points in the UFC. And there’s a lot. The UFC president began by addressing the current speculation surrounding Conor McGregor and his next fight (as transcribed by MMA Junkie).

“Unless there’s an absolute miracle and the world turns around in the next three months, which I don’t see happening – people are crazy right now over this thing – I don’t know [if McGregor will fight]. I don’t know anymore. Since this thing started, I’ve been trying to get ahead of it. And every time we thought we got ahead of it, the next day it would change. I’m not going to sit here and act like now that it’s all starting to come back, I know what’s going to happen 30 days from now because I don’t,” Dana said.

“I’m in the same boat as everybody else. I’m just trying to think ahead and figure this thing out and be aggressive – be aggressive, but be smart about it. I highly doubt [McGregor will lower his asking price to fight]. I’ve got guys hammering me for more money right now. Apparently they don’t watch the news and know we’re in a pandemic. That isn’t their problem.”

Since Henry Cejudo’s shock retirement announcement at UFC 249, there has been speculation that this was a negotiation tactic to get a bigger payday. Dana however, doesn’t believe that to be true.

“It wasn’t [a negotiating tactic]. He’s been talking about retiring. This guy’s been a professional athlete his entire life. I think he’s tired of cutting weight. Everybody wants to make it a money issue.

“I saw an ESPN plane flying into the island and stuff like that. I think people have this idea of tiki torches and me sitting in some huge throne watching the fights. It’s fun. It’s cool. But sometimes the fantasy eclipses the reality of it. I’ll have [target date for it] next week.”

On being asked to comment on the latest situation with Zuffa Boxing, Dana said that he’s currently got his hands full with running his own MMA business right now.

“I’m not interested in that right now. We’re in a place right now where we’re all trying to get our businesses back up and running. I’m not even thinking about boxing anymore right now. I’m worried about this (MMA) business right now.

“We’re in a place where if I’d have told you four months ago you could put an 8th grader in charge of Disney and you couldn’t mess that up. Disney is such a big, bad-ass, powerful company – no movies, no people at theme parks, and no live sports on ESPN. Who would’ve thought that would ever happen? The one thing I’ve learned through this is, you never know. So many different things can happen to your business overnight, and even the untouchables can get hurt.”