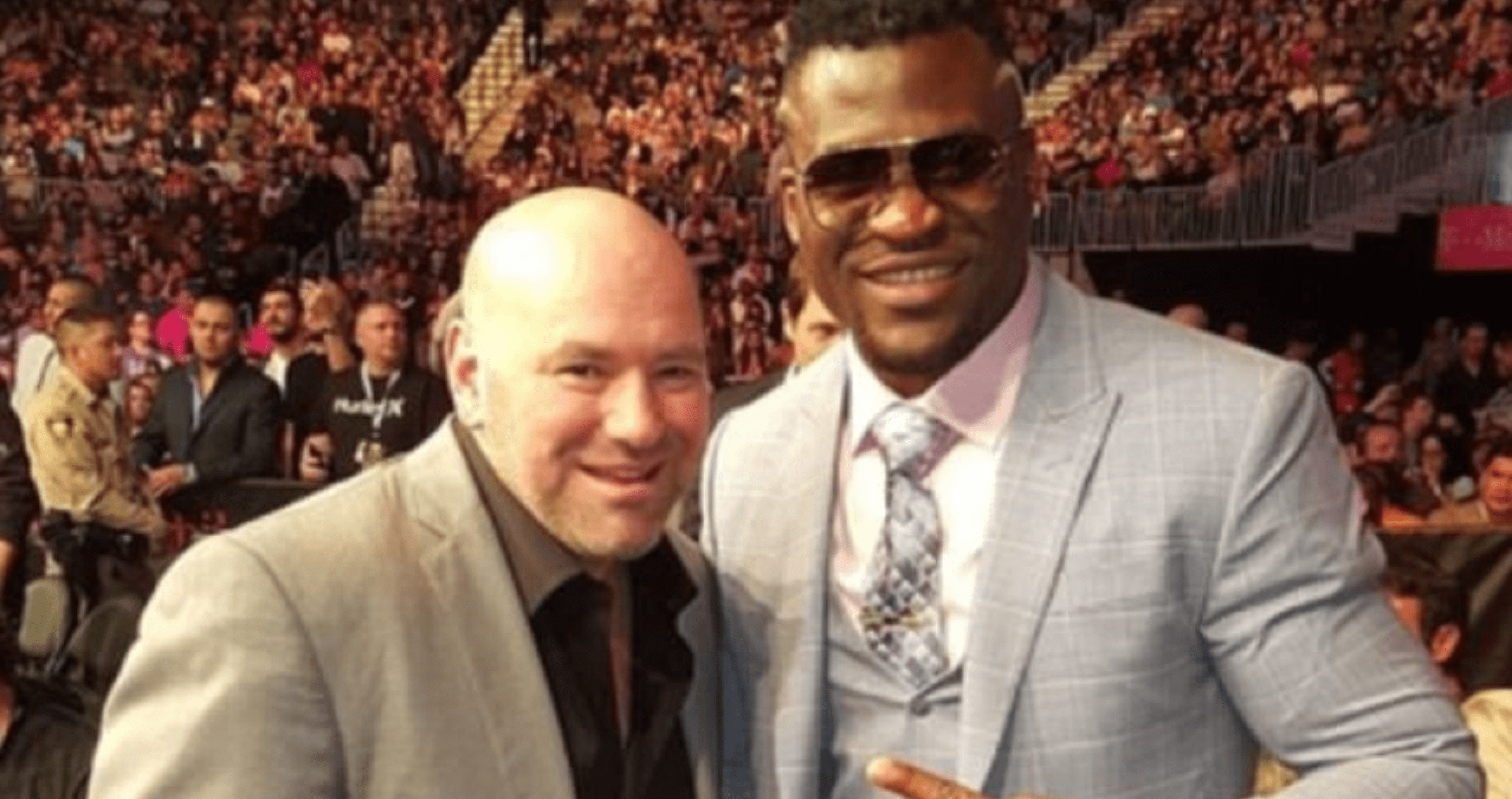 In a shocking turn of events, the UFC has decided to book an interim heavyweight title fight between Derrick Lewis and Ciryl Gane in the UFC 265 main event on August 7th.

Francis Ngannou was first offered to headline the UFC 265 card against Lewis, but the heavyweight champion declined, saying that he wouldn’t be ready until September. Desperate to add another title fight to the event, the UFC has decided to snub ‘The Predator’ and take a different route.

The move is especially shocking as Ngannou only won the belt three months ago at UFC 260, where he knocked out Stipe Miocic out. And prior to this, the title had only been fought once a year since 2018.

Reacting to the UFC’s swift matchmaking, Ngannou said that the promotion wasn’t as prompt to oblige when he asked for his UFC 249 bout with Jairzinho Rozenstruik to be for the interim title, with former champion Miocic on the sidelines due to injury.

UFC president Dana White and Ngannou’s manager Marquel Martin have also engaged in a war of words on social media in the last few hours. In reaction to the news, the CAA chief released a statement saying that he was ‘shocked’ at the UFC’s decision.

“This comes as a complete chock,” Martin said in a statement to ESPN’s Brett Okamoto. “To make an interim title so soon, if you look at the history of this division, it comes as a surprise. Francis is just now returning to the States to begin training, and he just won the title three months ago. We’re unsure of what the reasoning is behind this, but we hope to get clarity soon and figure out something with the UFC soon. At the end of the day, they’re in control of these actions.”

Commenting under Okamoto’s post on Instagram, Dana said that Martin is ‘full of s***’, stating that he knew exactly what was going on behind closed doors.

“This dude is SO FULL OF S***!!! He knows EXACTLY what’s going on and isn’t “shocked” at all,” Dana wrote. “Because we told him several times this was coming. His management is incompetent and hopefully Francis starts taking a look at new people to help his career.”

Martin hit back at Dana and accused the UFC president of trying to control Ngannou. He went on to suggest that they both disclose all of the emails, calls and text messages between them.

“Complete shock with your decision after we said September was good for us,” Martin responded. “Complete shock that you guys made threats after less than three months after you all were aware. Complete shock after you knew why Francis needed more time. That is correct. I know you’re passionate but you are trying to discredit by integrity when I’ve been nothing but respectful to you, Hunter [Campbell] and your entire staff? Speaks more about you than it does me. I’m not even mad, I’m actually impressed that I’ve gotten your attention.

“Incompetent management? I think we’ve done a damn good job. I think you really don’t like the fact that Francis is being represented by not only me but an entire agency, one which you can’t control. Hence why you have people trying to rep him all the time to your benefit. I tell you what, let’s disclose everything for people to see. Emails, calls, texts, everything. Deal? Cause I’m ready to get blackballed by the UFC. I’m not defined by it, you or anyone else for that matter. How’s that sound? Sincerely, your old employee, Marquel Martin.”

This Is How The MMA World Reacted To The Derrick Lewis vs Ciryl Gane Announcement:

In recent months, Ngannou has emerged as a vocal critic of the UFC’s pay structure, which he believes doesn’t compensate the fighters sufficiently. He has also backed Jon Jones’ demands for a bigger payday, saying that he deserves it as he is one of the greatest to ever compete in the sport.

What are your thoughts on the UFC’s decision to book Derrick Lewis vs Ciryl Gane at UFC 265 in August, when Francis Ngannou agreed to fight a month later at UFC 266?