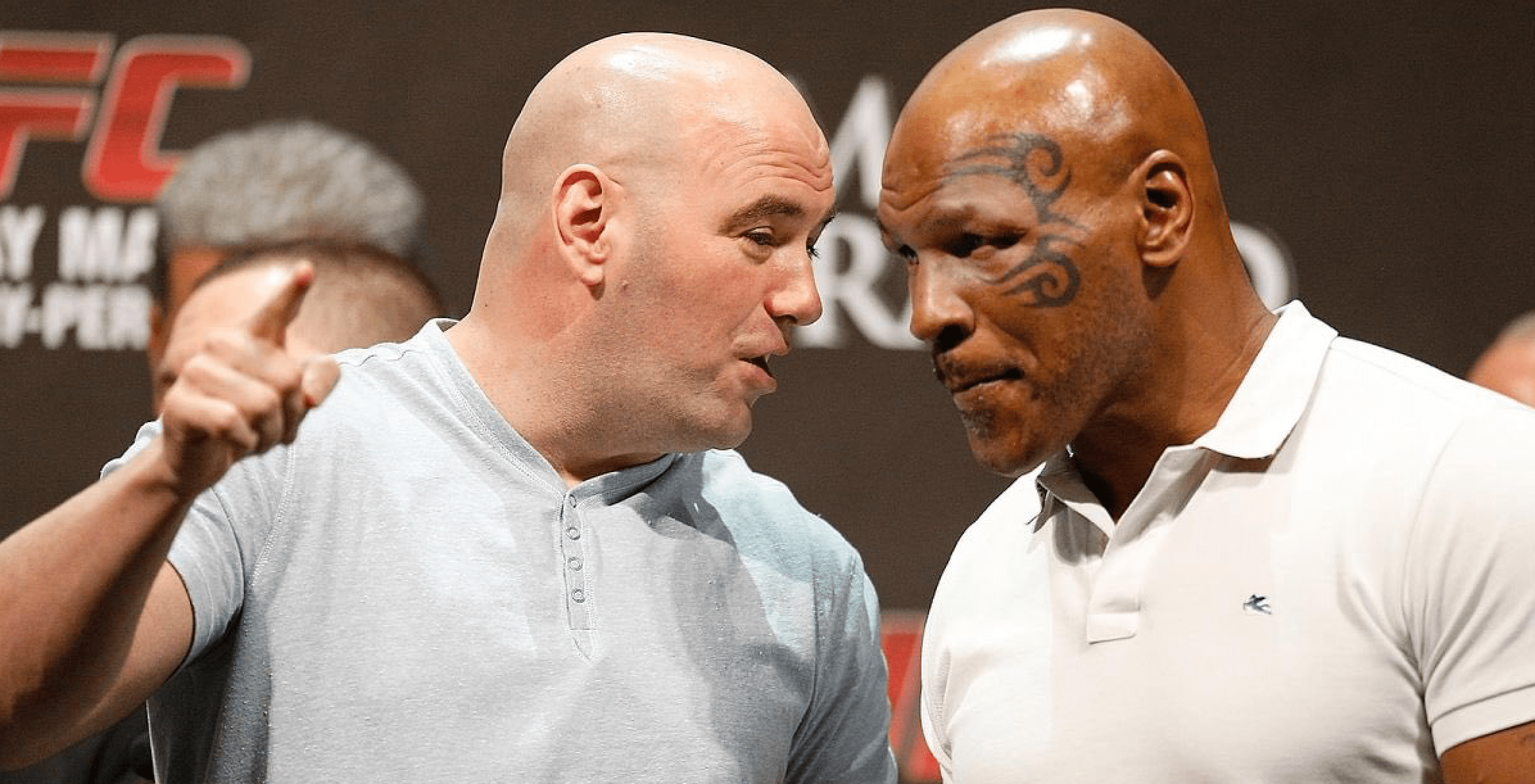 Dana White has expressed his concerns about the rumoured return of Mike Tyson.

During the last two weeks, ‘Iron Mike’ has posted a series of training videos to social media. Now aged 53, the former heavyweight boxing champion has vocalised his interest in a trilogy fight with long time rival, Evander Holyfield.

Dana however, firmly believes that both legends should remain retired. In the past, the UFC president has denied fighters, such as Chuck Liddell and BJ Penn, from returning to the Octagon once he could see that they were past their prime. Speaking on the Tim & Sid Show (transcribed by The Mac Life), the UFC president made his stance clear.

“I love Mike Tyson, I’m begging him not to go fight. I said “You look awesome, you’re still explosive, you’re obviously still powerful, you’re one of the all-time greats. Bottom line is I don’t want Mike to fight. If it comes down to where he is about to do something crazy, I might have to jump in and figure out something for him not to do it.”

Dana and Tyson have struck up a close friendship in recent years, with the boxing legend maintaining a keen interest in MMA.

While Dana isn’t keen on a Tyson comeback, he is keen on seeing Khabib Nurmagomedov and Justin Gaethje unify the UFC lightweight title. Although it looks like it won’t take place until autumn, now. The UFC lightweight champion had suggested that he would be ready to return, following Ramadan, in July. However, the UFC boss says that even September may be optimistic, given the current state of global affairs.

“I actually talked to Khabib today, Khabib told me he’d be ready in September. Earlier today, I had said [he could fight] this summer, because we were texting back and forth last night and it sounded to me like he was ready to go, but he’s said September.

“Obviously I don’t know what the world is going to look like in September, but I assume it’s still going to be hard to get people in and out of the country so I am definitely thinking it’s going to be on Fight Island. And I cannot not give you the destination of Fight Island.”

In the last few days, Conor McGregor hit out at various lightweight contenders, including Khabib and Gaethje. Dana revealed however that the Irishman will not be fighting either man this summer.

“Obviously Gaethje and Khabib is going to happen, looks like that’s going to happen in September,” Dana said. “And we’ll figure out what’s next for Conor. Conor will probably fight this summer, then you have [Gaethje-Khabib] fight in September, and then that will line up a fight up for the winner.”

Soon after Dana made these comments, Khabib’s father and lifelong coach Abdulmanap Nurmagomedov, was reported to have been placed into an induced coma, following complication from pneumonia.

Following reports from the Russian media, Dana sent his best wishes to Abdulmanap, on Twitter. And even McGregor, who had just been going back and forth with Khabib the previous day, passed on his best wishes to the Nurmagomedov family.