Dana White Can Absolutely See A Rematch Between Conor And Khabib 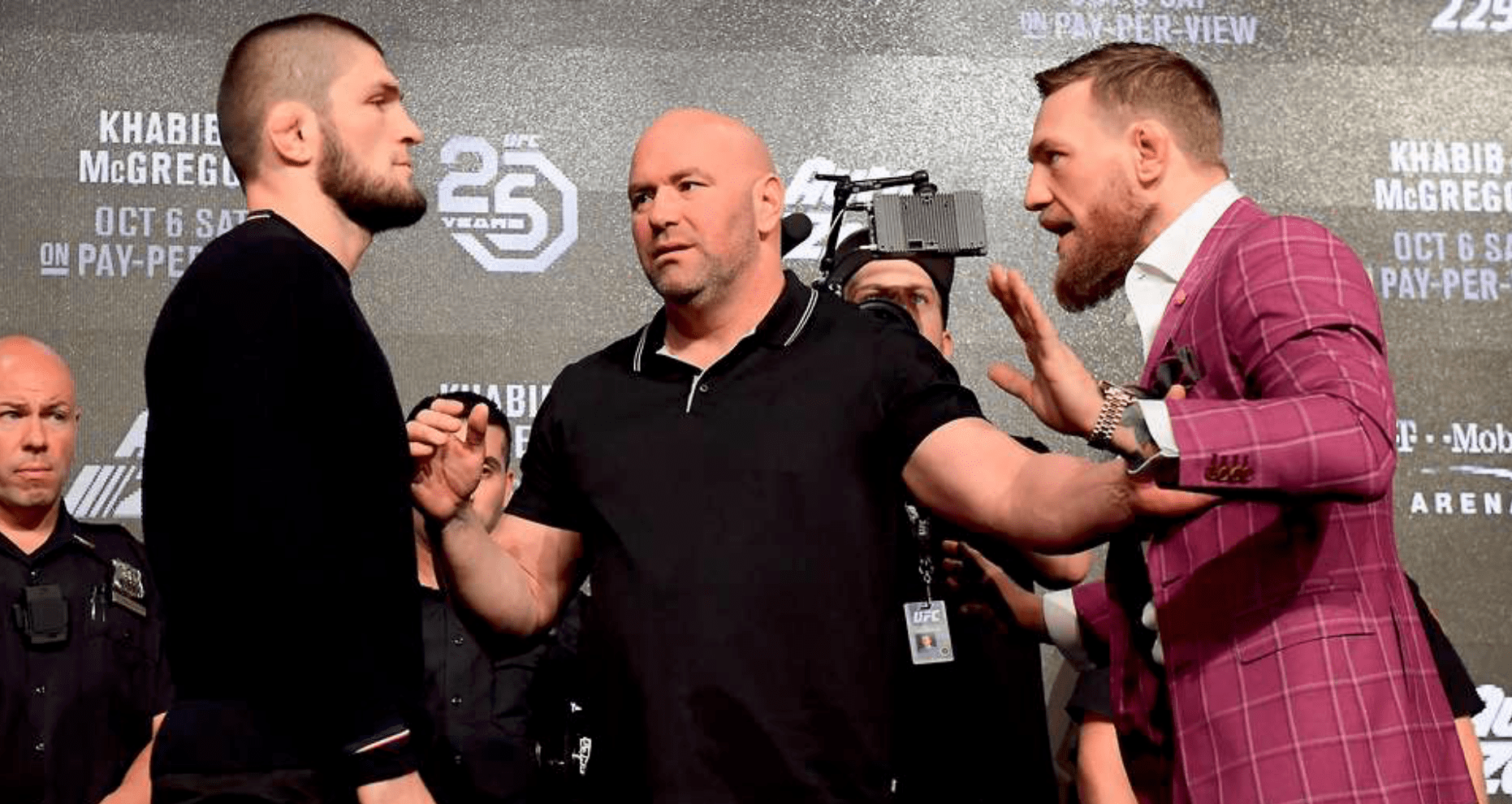 With Khabib Nurmagomedov vs Dustin Poirier finally being officially confirmed earlier today, we have a little more certainty in the UFC lightweight division.

There’s still one question currently answered in the UFC lightweight division though and that is, where does Conor McGregor fit into the current 155lbs landscape?

According to UFC president Dana White, the former UFC two division champion could absolutely get a rematch with Khabib. Although it doesn’t look like we’ll know exactly how the whole McGregor thing will play out until after Khabib and Poirier throw down at UFC 242, in Abu Dhabi on September 7th. As Dana told ESPN’s SportsCenter (as transcribed by MMA Fighting).

“Conor wants that fight. Conor wants the rematch with Khabib. All these guys have been fighting, again, this thing’s going to play out this weekend and then September 7th in Abu Dhabi, and then we’ll figure out what’s next for Conor.

“I could, I absolutely could [see a rematch].

“He’s training. Obviously we’ll sit back and we’ll watch how this whole thing plays out with these fights and see where Conor fits in and what he wants to do next.”

This weekend, two of the lightweight division’s top contenders will come face to face, as Tony Ferguson vs ‘Cowboy’ Cerrone goes down at UFC 238. The winner of which will be in a very strong position to fight the winner of Khabib and Poirier.

Outside of Ferguson, ‘Cowboy’ and McGregor, you’ve also got Justin Gaethje also knocking on the door for a shot at the 155lbs title. The general consensus is that McGregor needs to win at least one big fight, before getting another shot at Khabib. And although the Irish man currently has his hand in a cast, the perfect opponent for him would be Gaethje. Or depending on what happens at UFC 238 this weekend, the winner of ‘Cowboy’ and Ferguson.

And we must not forget, Poirier could beat Khabib in Abu Dhabi. Then that would really shake things up. It would also bring a new perspective to the Khabib vs Conor rematch.

Who do you think Conor McGregor should fight next?