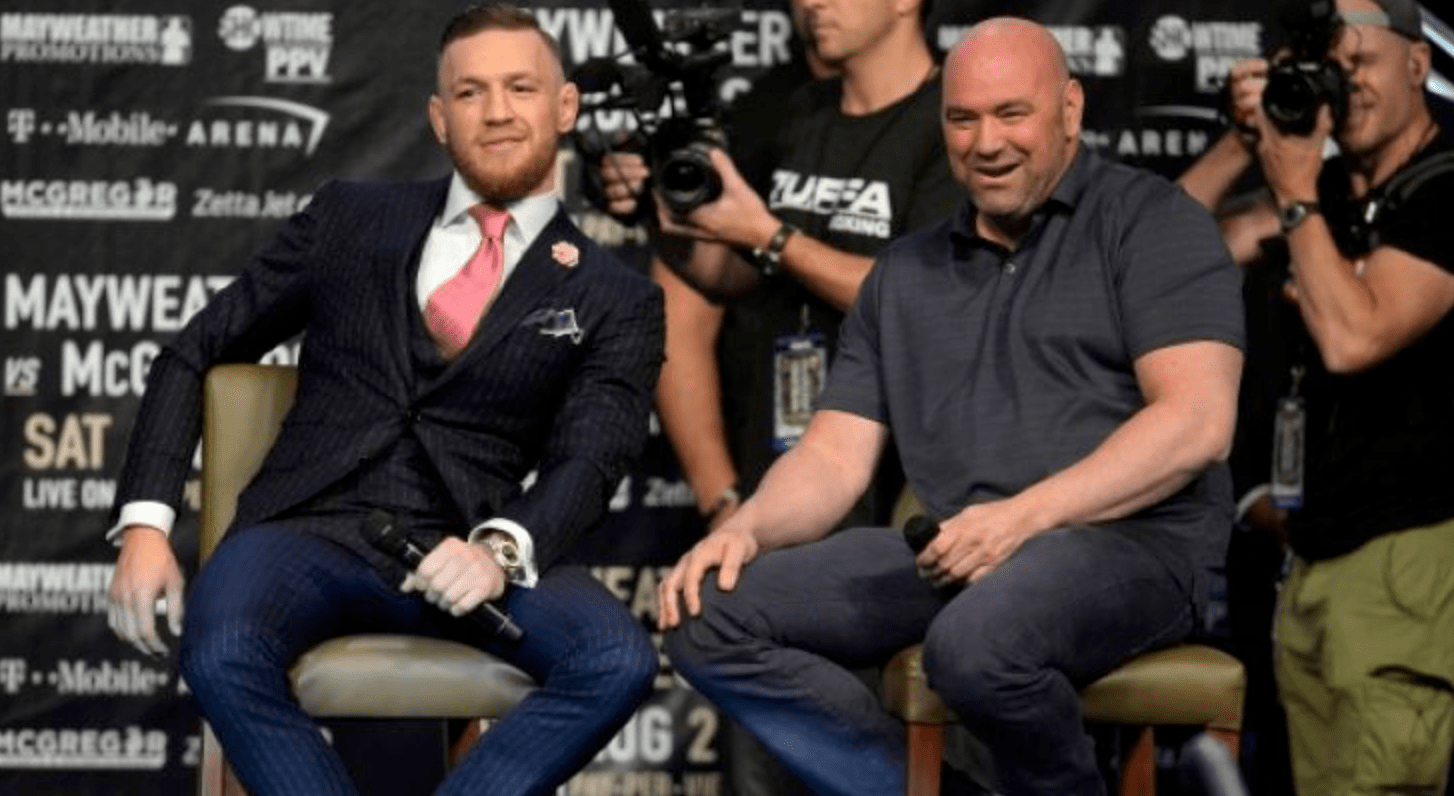 In the coming few months, we have two huge fights in the UFC lightweight division to look forward to. Khabib Nurmagomedov and Dustin Poirier will unify the 155lbs title at UFC 242 on September 7th. And this weekend, Tony Ferguson returns against ‘Cowboy’ Cerrone at UFC 238.

Since losing to Khabib at UFC 229, it’s been no secret that Conor McGregor wants the rematch. But whereas immediately after the loss, the former UFC two division champion stated that he was willing to beat anyone it takes to get the rematch, lately he has been campaigning for an immediate rematch.

The general consensus among fans is that McGregor needs to win at least one or two big fights, before earning a rematch. And although UFC president Dana White had stated the same thing after their UFC 229 encounter, he appears to be more open to letting McGregor face Khabib on his return.

Speaking to TMZ Sports, Dana was asked ‘what’s going on with Conor?’

“Conor is a competitor man, he loves to fight. This is his passion in life. These fights are all playing out now, so after this weekend, we have some answers on who’s next for Conor.”

Asked whether McGregor could fight the winner of Khabib vs Poirier, the UFC boss wouldn’t commit to a yes or no.

“I don’t know, I don’t know. We got to see how everything plays out. First of all, the fight’s going to happen this weekend. The the Khabib fight doesn’t happen till September. So for me to say right now after September, is impossible.”

Although Dana wouldn’t say if McGregor would fight the winner of Khabib and Poirier, he did say that he’s sure the Irish man will return in 2019.

Although a Khabib vs Conor rematch would almost certainly do big numbers again, it wouldn’t sit well with many fans.

And if Team Khabib have anything to do with it, McGregor will need to win two or three fights and beg for the rematch. As Khabib’s manager Ali Abdelaziz, recently told TMZ Sports.

The obvious fight for McGregor on his return would be either Justin Gaethje or the winner of Ferguson and ‘Cowboy’. But whether McGregor will accept either one of these fights, we will have to wait and see.

Who do you think Conor McGregor should return against?