Dana White Doubles Down On Cris Cyborg, Says Nunes KO’s Her In First Round Again 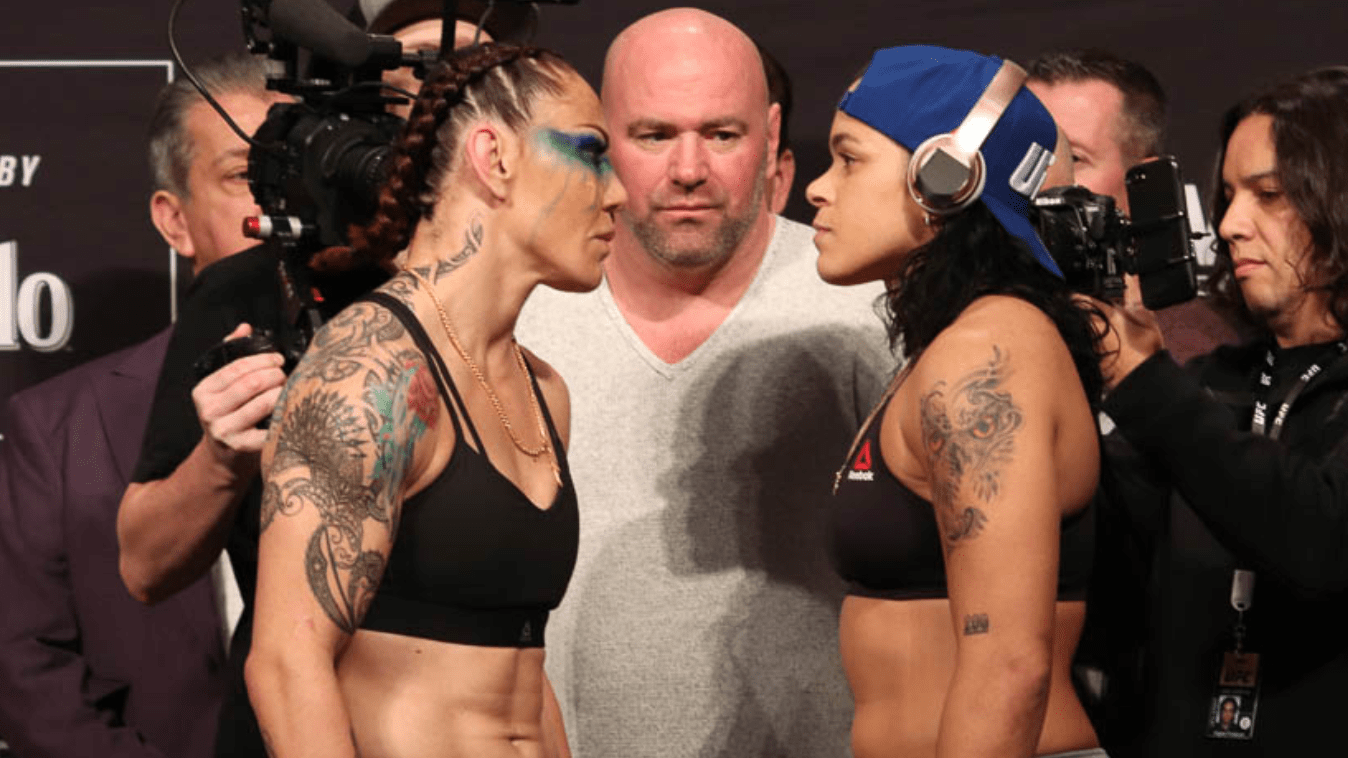 Dana White and Cris Cyborg have never been the perfect pair. In fact, before Cyborg signed with the UFC, White claimed that he would never sign her to a contract. That sentiment stayed true at least until Ronda Rousey retired from MMA. With the hope of building the 145 pound division, White signed Cris to a contract, but their relationship was strained from day one.

In fact, many had seen this in the rear-view mirror. Cyborg wasn’t even involved in the fight to crown the inaugural women’s featherweight champion. Instead, it was Holly Holm moving up a weight class, and Germaine de Randamie that squared up to fight for the title. When Cris Cyborg eventually won the championship, many believed that all was well in the UFC. That somehow, the rightful champion was being given the platform, and that the promotion would, against everything that said otherwise, give Cyborg the promotional push she needed.

Fast forward to 2019, and Dana White recently informed Cris that she could now fight anywhere else except inside the Octagon. The moment Amanda Nunes knocked Cyborg off her perch, you could see the writing on the wall. But Cris did herself no favours in muddying the waters even further. Her team doctored a video of Dana White’s conversation with Cyborg after UFC 240, and instead of celebrating her win, Cris was told she wouldn’t be re-signed.

And when the media once again found Dana in front of them this past Tuesday during the Contender Series, White was back to his persuasive best.

And when one reporter sneaked in a question about offering Cris a one-fight deal, White burst out.

“Amanda’s gonna defend both titles just like she always did”, White continued. “Cyborg leaving doesn’t matter. We know who the best fighter in the world is at 135 and 145, it’s Amanda Nunes. She had the opportunity for her legacy, Cyborg’s legacy, to get that fight again and she doesn’t want it. So we will continue to bring in the best fighters in the world and put them in against Amanda Nunes.”

And just like that, Cyborg’s decade of destruction has been put out of its misery.