Dana White Explains Why Weili Zhang Got The Title Shot 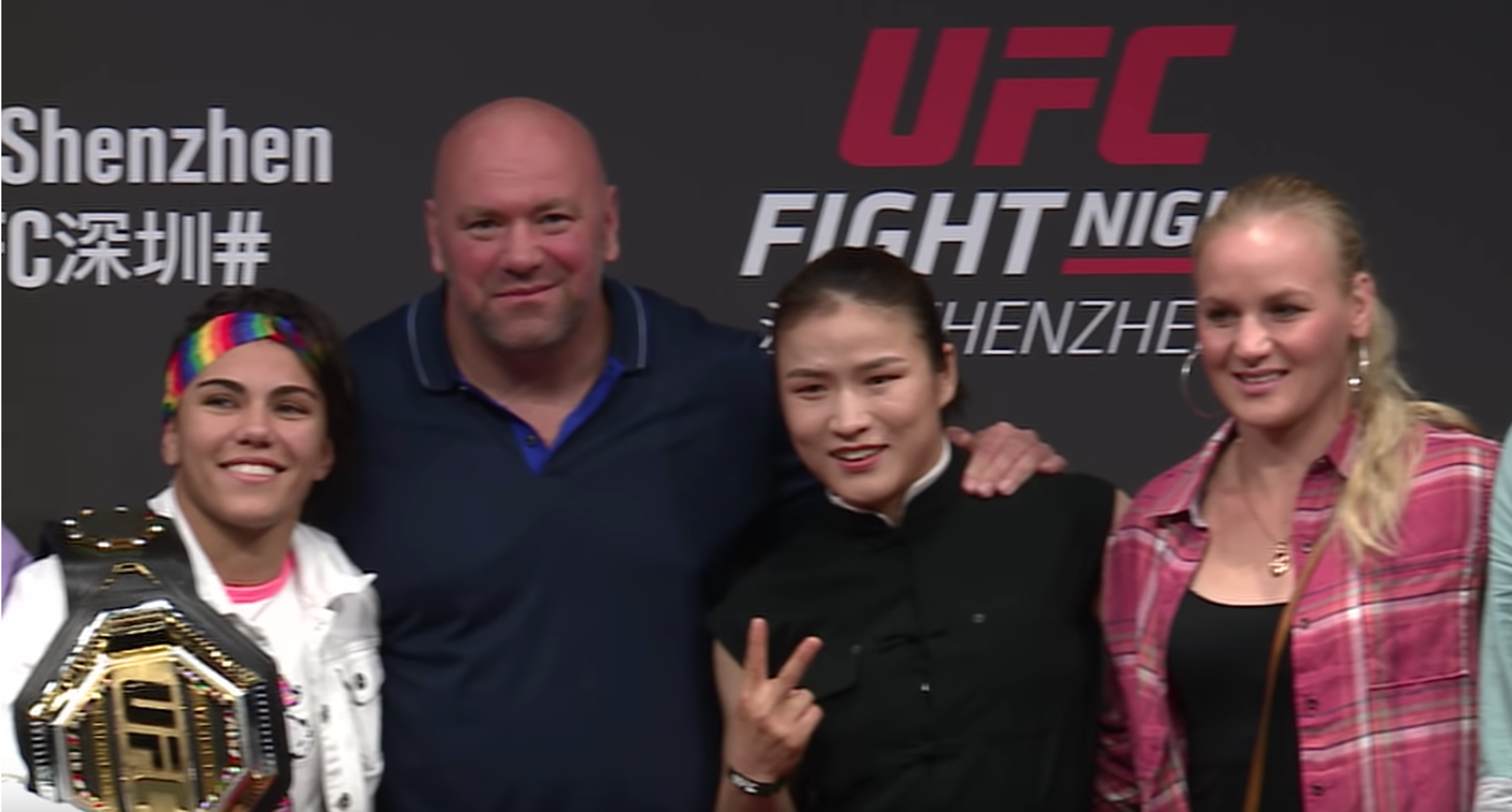 This week it was announced that Weili Zhang will challenge Jessica Andrade for the UFC strawweight title. The fight will go down in Shenzhen, China, on August 31st.

Although there’s no denying that Zhang has looked oustanding in her three UFC outings to date, the announcement came as a surprise to some fans. With some fans questioning why Zhang had been awarded a title shot ahead of the likes of Tatiana Suarez and Joanna Jedrzejczyk, or a rematch with Rose Namajunas.

During the UFC Fight Night: Andrade vs Zhang press conference, UFC president Dana White, opened up about how this fight came about (as transcribed by MMA Fighting)

“When this fight was made, this is the fight people actually want to see. [Weili Zhang] is on a 19-fight win streak, [Jessica Andrade] just won impressively for the championship.

“If you look at the way this went down, Rose [Namajunas], we offered the fight to Rose, the rematch, Rose wasn’t ready she couldn’t take the fight. Tatiana [Suarez] would have been next in line. Tatiana hurt her neck training for the last fight, she’s out. Nina [Ansaroff], she’s ranked No. 3, she just lost. Then you’ve got Joanna [Jedrzejczyk], Joanna is taking time off right now, she’s not going to fight until the fall. Then you’ve got Claudia [Gadelha], who’s ranked No. 5. Claudia Gadelha has a fight coming up right now with Randa Markos.

“No. 6 [is Weili Zhang], she’s the next in line. Does it fall into place with the opening of the [Performance Institute] and all the things that are going on, yep it does but it was fate. Right fight, right place, right time, this was the fight to make.”

And to make an even stronger case for Zhang, Dana added that no one else in the division wants to fight her.

“We call [Andrade], she says ‘I’ll absolutely fight her in China’. I got goosebumps telling you that story, that’s how bad ass this fight is. Both of these women, they’re amazing.”

And now China has its first ever title fight, on August 31st.

Do you like the Jessica Andrade vs Weili Zhang matchup?


Learn more about the fight and the opening of the Performance Institute Shanghai, here: