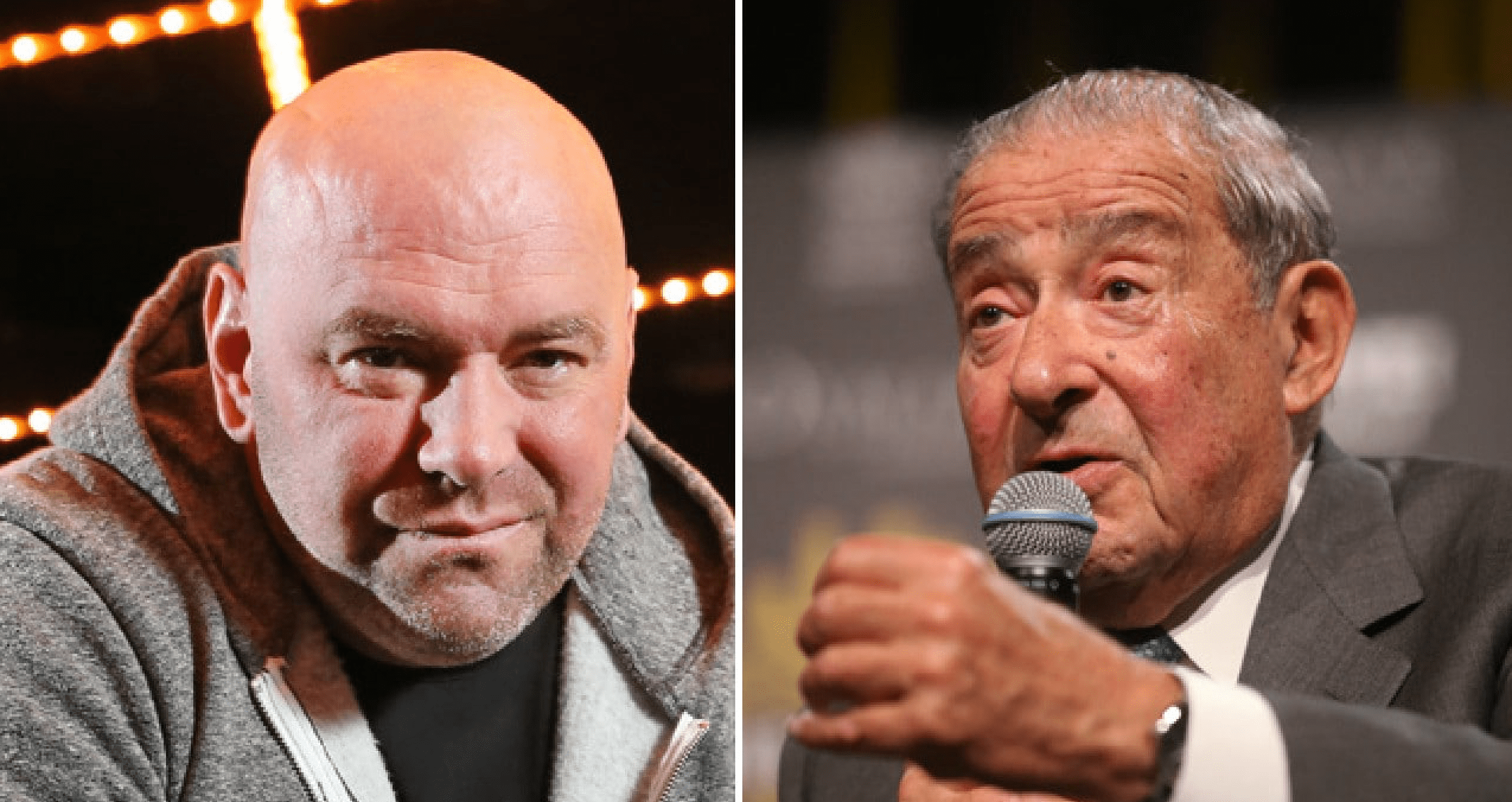 Dana White got a lot of pushback for doggedly attempting to go on with the show, despite the global coronavirus pandemic. In spite of his best efforts, UFC 249 on April 18th was eventually postponed, as well as several other shows. However, the UFC president refused to give up, and now has four events coming up in two weeks, beginning with the reinvented UFC 249 on May 9th.

The return of the UFC has been welcomed by most MMA fans, who have been starved of fights for what seem likes eternity. And it’s not only the fans who are praising the UFC boss. Surprisingly, Golden Boy Promotions founder Oscar De La Hoya, who has been going back and forth with Dana in recent years, actually complimented him this time around.

Speaking on the State of Combat podcast (as transcribed by MMA Junkie) De La Hoya commended Dana in regard to his current efforts.

“I commend and respect Dana. We did have our differences,” De La Hoya said. “When I wanted to get involved with the MMA, I did Chuck Liddell [vs] Tito Ortiz. It was a huge success. I dipped my toes into the water, and I experienced it. It was actually wonderful. I love the MMA.

The Association of Ringside Physicians may also agree. In the last few days, they have softened their stance on the safety of future UFC events.

But while there are those supporting Dana’s actions, there are also those criticising him. One of them being Dana’s old adversary Bob Arum, who took a shot at his “cowboy behaviour” while speaking to Boxing Scene recently (as transcribed by Bloody Elbow).

“Good luck to them. I just hope that they’re not endangering the safety of anyone,” the famous boxing promoter said. “But this kind of cowboy behavior doesn’t do anybody any good.

“I think the behavior of people in sports we should be following are Adam Silver of the NBA, Roger Goodell of the NFL, people who are proceeding cautiously and safely, not people who are acting like cowboys. For example, [the UFC] wanted to do this fight in California and they were prevented by the governor [Gavin Newsom], and by senator [Dianne] Feinstein going to ESPN and having Dana pull [the plug].

“It turned out one of the fighters, in fact, tested positive afterwards for coronavirus,” Arum added, speaking of Lyman Good’s withdrawal from the card in early April. “You know, if we get something like that on one of Dana’s shows, and God forbid there’s a serious incident of spreading the disease, it doesn’t do well for anybody who’s involved with sports.”

Arum added that he is communicating with Nevada, California, and Texas commissions about organising his own events, but “only if it’s safe for the fighters and everyone involved”.

And not surprising, whilst speaking on the latest episode of the UFC Unfiltered podcast, Dana hit back at Arum. Accusing the Top Rank CEO of destroying the sport of boxing.

“Listen, I think by now everybody realises that Bob Arum is a d***head,” Dana said. “This guy has been talking s*** about the UFC and me for 20 years. He’s f***ing bankrupt this guy. He’s bankrupt. Of course you don’t want to put fights on. You can’t afford to put fights on you f***ing jackoff. You’ve been in this thing your whole life and have completely destroyed the business and the sport. Congratulations, Bob Arum. You’re brilliant.”

If Dana manages to keep everything under control, the UFC 249 will be held on May 9th and be headlined by Tony Ferguson vs Justin Gaethje, followed by the cards on May 13th, May 16th, and May 23rd, all of which will take place at VyStar Veterans Memorial Arena in Jacksonville, Florida.

What do you think about Dana White’s determination to keep putting on events, despite the global coronavirus pandemic?