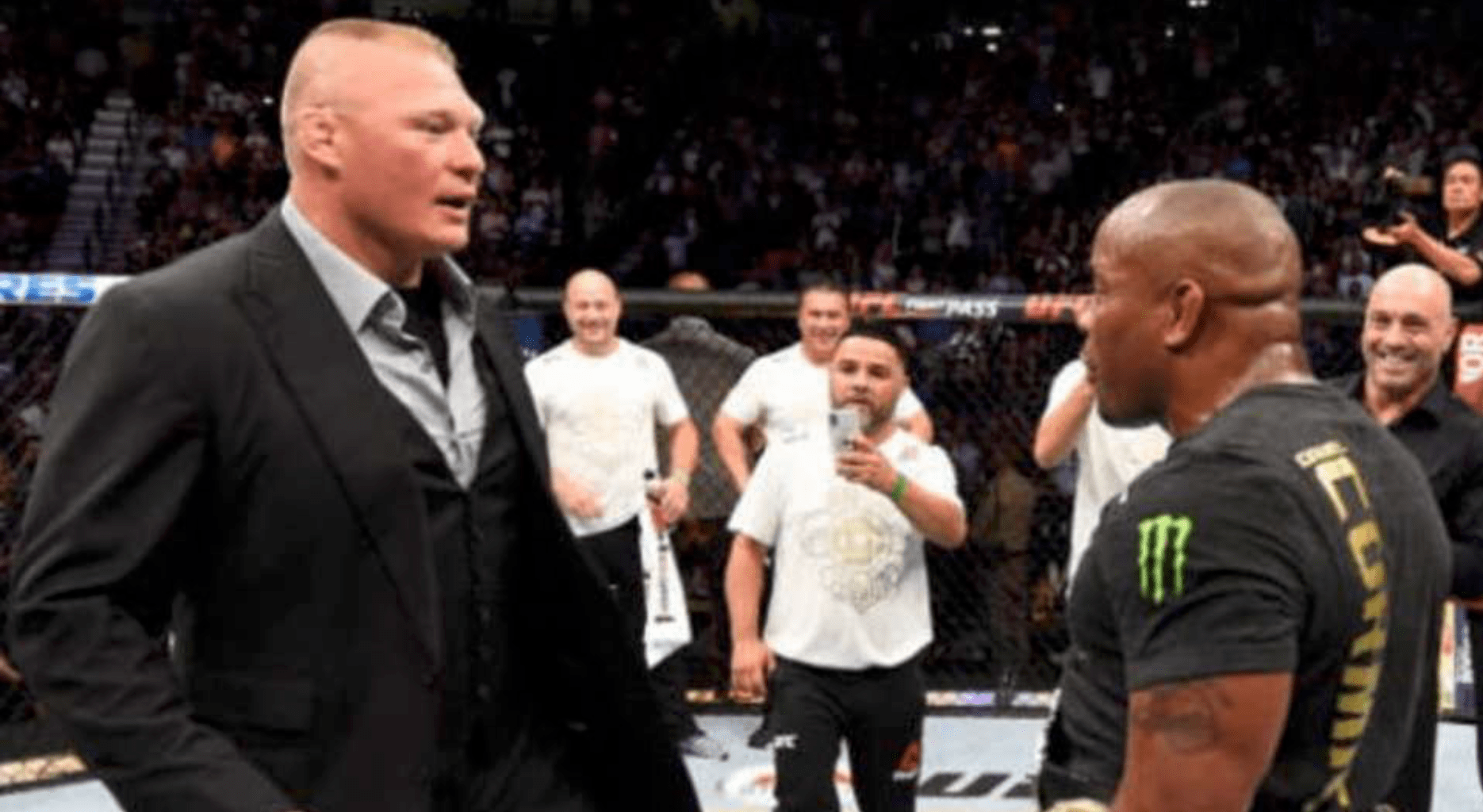 Not too long ago, Daniel Cormier was urging Dana White to book a fight with Brock Lesnar. Meanwhile, the UFC President was insistent that the former UFC Heavyweight Champion will indeed fight in the UFC, likely against Daniel Cormier. The UFC and MMA fans were enticed with the prospect of watching Lesnar collide with Cormier, and everything seemed to have fallen in place.

However, things are now different, according to Dana White. Speaking at the UFC 236 seasonal press conference yesterday, White was asked about the timeline for the fight between Lesnar and Cormier. And Dana’s response was less than encouraging.

As the live crowed started booing, White said he understood their sentiments, and Cormier felt the same way when he was given the update.

“That’s what Cormier said too”, White quipped. White then also revealed that he hasn’t spoken with Brock in a while, and that it was up to Lesnar to decide when he would — or if — he would return to the Octagon.

Dana also spoke about who Cormier could face next, if the fight with Lesnar doesn’t materialize.

“I don’t know if he’ll fight again, but we don’t have a date for him right now”, he said. “The first fight might be Stipe (against Daniel).”

“We’ve got to wait for Cormier. Cormier went back in the gym about two weeks ago and did a light workout. He’s still not healthy. As soon as he’s healthy to fight, we can make a decision on when we do him, and if it’s Stipe (he’ll fight).”