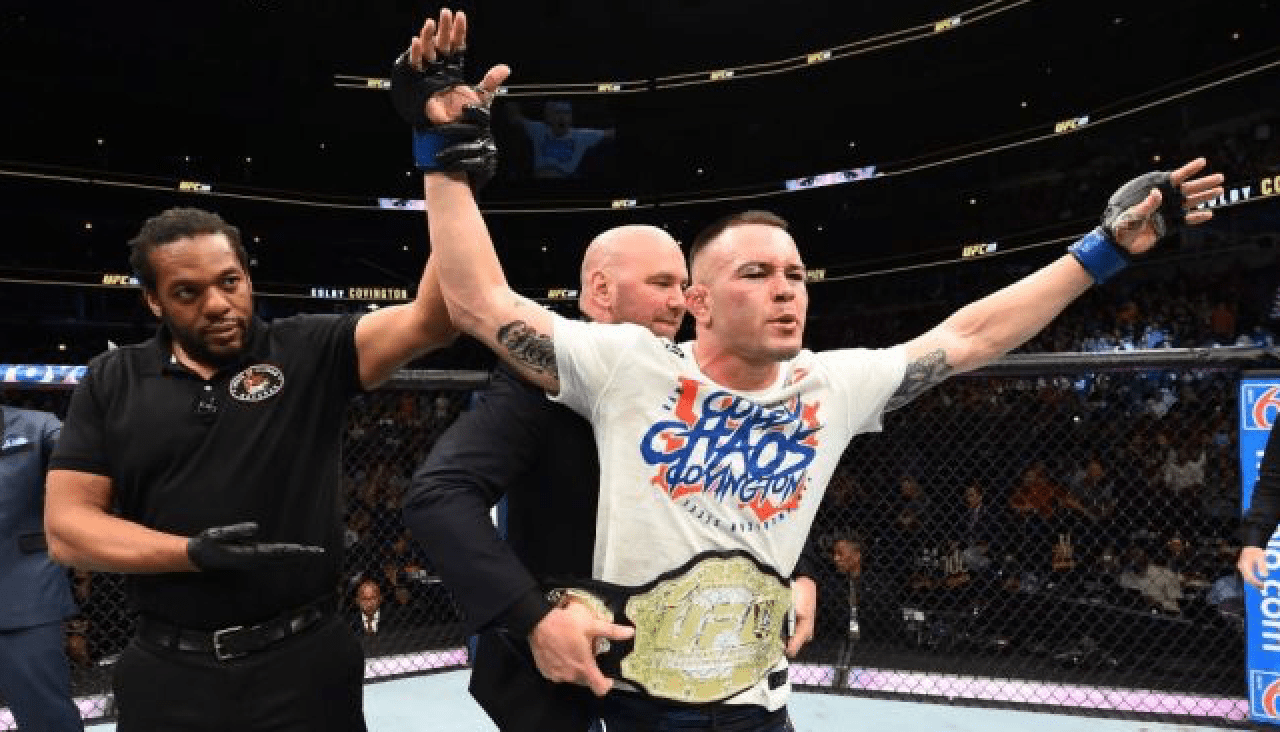 During the UFC 244 press conference in New York, UFC president Dana White responded to Colby Covington’s recent comments that the reason the Kamaru Usman fight fell through was because he wasn’t offered enough money for the fight.

Speaking to BJPenn.com recently, Covington hit out at the UFC for their ‘bully boy tactics’ and ‘slave labour negotiations’.

“That’s how UFC does business, they do the bully tactics. They do the slave labour negotiations. It’s sick man. They don’t want to pay any of the fighters because they want everybody to be poor, so they keep coming back and fighting all the time, and fighting six times a year.

“The UFC always makes promises, they’ve made me so many promises. [They say] ‘Oh, do this and we’ll give you a favour here. We’ll throw you a bone next time.’ They never end up throwing that bone back, man. They just use you even more next time. So it’s just…I’m not going to be played for a fool anymore, man. They want to do business like that, then they’re not going to get any business. That’s that.

“They said, ‘Oh, show up for the Robbie Lawler fight.’ And needless to say, Robbie was training for twelve weeks for that fight. He was getting ready for [Tyron] Woodley, but Woodley was scared and he pulled out with a sore pinky. So Woodley didn’t want to get knocked out by Robbie, he was scared. He knows he got lucky the first time [they fought]. So I showed up on four weeks notice, without a training camp because I got a nasty cut from a head butt in the first week in training camp. I couldn’t even train. Pretty much had to run on the treadmill every day, that’s it. That’s not training timing, accuracy, all that. So I showed up with no camp, to save the UFC, to save the main event, to bring the First Family, to get the President tweeting about the UFC. To get all the troops all over the world watching in their bases because I’m America’s and the troops’ favourite fighter.

“The UFC still doesn’t do good for me. I make them millions and millions and they just continue to just pocket all that money, and they don’t want to pay me a fraction, not even 5% of any of that money. It’s ridiculous how they can pocket 95, 98% and not give the fighters anymore than the 2, 3%.”

Covington and Dana have had an up and down relationship over the years. And obviously these comments didn’t sit well with the UFC boss, who when asked about them at the UFC 244 press conference, stated that this was the second time that Covington had turned down a title fight because he wanted to be paid more.

“Colby Covington can say whatever he wants. We make fights for a living, that’s what we do. We go after guys and say, ‘This is next, this is the date, do you want the fight?’ And obviously, he wanted more money to fight Usman. We went back and forth. This is the second time he’s done it. He had a [title] fight in Dallas [in 2018], too. So, we said if you don’t want to fight Usman, then we’ll give you Tyron Woodley. He turned down Tyron Woodley too. You either want to fight or you don’t. When Colby Covington wants to fight, he’ll let us know.”

The UFC wanted Covington to challenge Usman at UFC 244, at Madison Square Garden on November 2nd. But after the fight fell through, the UFC booked Jorge Masvidal vs Nate Diaz to headline the New York card instead. It will be the first time in three years that a non-title fight has headlined a pay-per-view card. Although the ‘Baddest Mother F***er’ title will be on the line.

Do you think Colby Covington is right to demand more money for a title shot against Kamaru Usman?