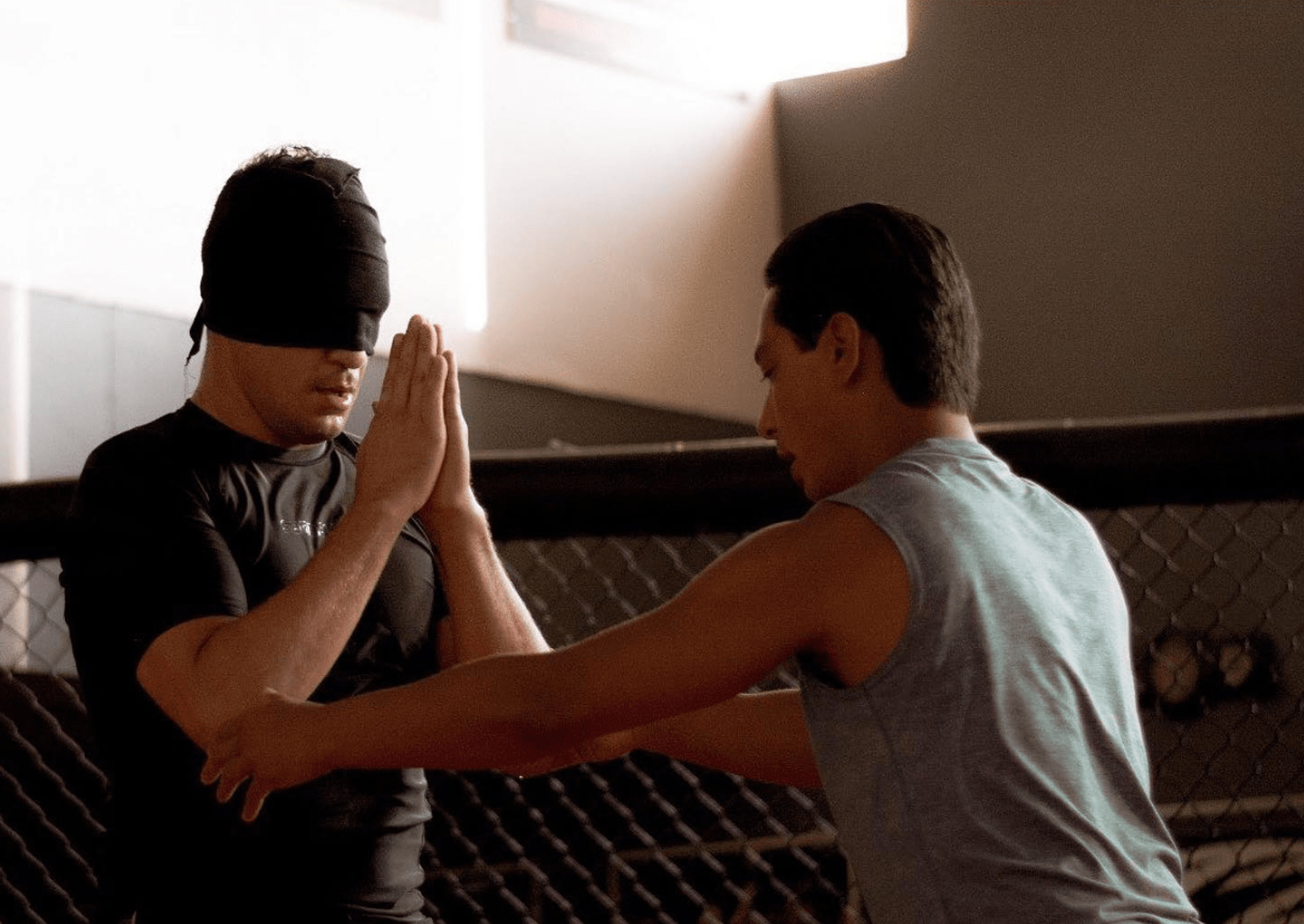 Joshua Fabia came into the limelight when he began coaching Diego Sanchez after the MMA legend parted ways with JacksonWink MMA in 2019. The ‘School of Self-Awareness’ chief has since become an integral part of Ultimate Fighter season 1 winner’s career, serving as his manager and his lone cornerman during his fights.

Things have now taken a dramatic turn, however. Sanchez was scheduled to fight ‘Cowboy’ Cerrone this weekend at UFC Vegas 26, but the bout was called off four days ago on medical grounds. The 39 year old was then released by the UFC the following day after 16 years of service. Since then, Joshua has come up with a string of allegations against the promotion, accusing the UFC of mistreating ‘The Nightmare’.

Initially, Fabia uploaded a video of him hijacking Sanchez’s fighter meeting at UFC 253, and confronting Megan Olivi, Jon Anik and Paul Felder, among others, for not respecting the two of them. He also complained that the commentators were biased against him and his pupil.

Hours later, Sanchez released a recording of the phone call between Fabia and the UFC’s lawyer Hunter Campbell, which took place on April 9th, where the self-awareness coach requested medical records of the former UFC title challenger throughout his time with the promotion.

In the phone call that lasted over seven minutes, Campbell told Fabia that if Sanchez wasn’t feeling 100%, then the UFC would do the right thing by pulling him from the ‘Cowboy’ fight.

Sanchez’s Side Of The Story

In an Instagram post, Sanchez explained how he was ‘bullied’ by the UFC into accepting that he’s 100 percent healthy.

“UFC wanted me to state that I am not experiencing any neurological issues and that I have no long-term health side effects from fighting a career of [16] years in the UFC,” Sanchez said. “My advisers told me, ‘Basically what they’re trying to do is, right before you finish your last fight, they’re trying to make sure they have documentation of you saying that you never sustained anything. So basically you’re being forced, being bullied into waiving your medical rights, possible [UFC] medical liabilities.’ With that being said, the email was sent to Hunter, and the response was very fast. … The letter said they have chosen to pay me 100 percent for the fight, show money, win money, and sponsorship money.”

Sanchez continued by saying that Fabia’s request for medical records was a legitimate one. However, since he’s not a part of the UFC anymore, he doesn’t expect to get ‘s***’ from the promotion.

“Why, when this has already been done, do I have to state this, state that?” Sanchez said. “Yeah, my manager did ask for my list of medicals from throughout my career. I’ve had a lot of injuries. I want to have my history. This is my medical history. I want to have it on file. I want to have what the UFC has. It’s my medical health, right? And as far as I’m concerned, I don’t feel like, after I’m done, if Dana White won’t answer my calls now, won’t let me have a meeting now, once I’m done and I’m out of the UFC, do you think I’m gonna be able to get a hold of anybody? Do you think anything’s gonna go through? No, nothing’s gonna go through. I’m never gonna get s*** from them.”

Fabia’s close relationship with Sanchez has been met with a backlash from some parts of the MMA community, including Dana White, Michael Bisping and Rashad Evans, who have all urged the veteran fighter to get rid of the health and wellness coach.

Speaking to Yahoo! Sports, Dana said that he has the utmost respect for Sanchez, but believes ‘creepy weirdo’ Fabia has been controlling him ever since the two met.

“I have an incredible, amazing relationship with Diego, and I like him very much, and I hope he is OK,” Dana said. “One of the sad things that happens, not just in fighting but in sports, and I want you to quote me on this, are these creepy weirdos who come from God knows where and leech onto fighters or athletes. They never do any good for them.

“Somehow, this creep got into Diego’s life and has been controlling him. You saw the video of him chasing guys in the octagon with a knife. How f***ing nuts is that? He goes to the commission and tells them that he’s taught Diego this death touch. It goes on and on with this guy. He goes into the [fighter-broadcaster] production meeting and tells the commentators what they should be saying? The guy is bats*** nuts. He worked his way into Diego’s life and has gotten control over him. I just want the best for Diego.”

Taking to Twitter, Bisping said that Sanchez needs to get rid of Fabia, who he described as ‘toxic little s***’.

Bisping then went on to call Joshua a ‘manipulative little prick’, who he said was the main reason for Sanchez’s departure from the UFC.

Commenting on Sanchez’s Instagram post, Evans also urged him to remove the ‘parasite’ Fabia from his life.

“Diego the UFC gave you a chance to compete as long as you did because they actually cared about you,” Evans wrote. “You were the original TUF CHAMP and they took care of you for that. You messed around and let that con artist Josh Fabia use you to try to get a lawsuit against the UFC. They sensed it because it was obvious that your manager/coach was about to get litigious. I wish you the best my friend but you MUST get this guy out of your life. He is a parasite.”

Do you think Diego Sanchez should listen to Dana White, Michael Bisping and Rashad Evans, and get rid of Joshua Fabia?