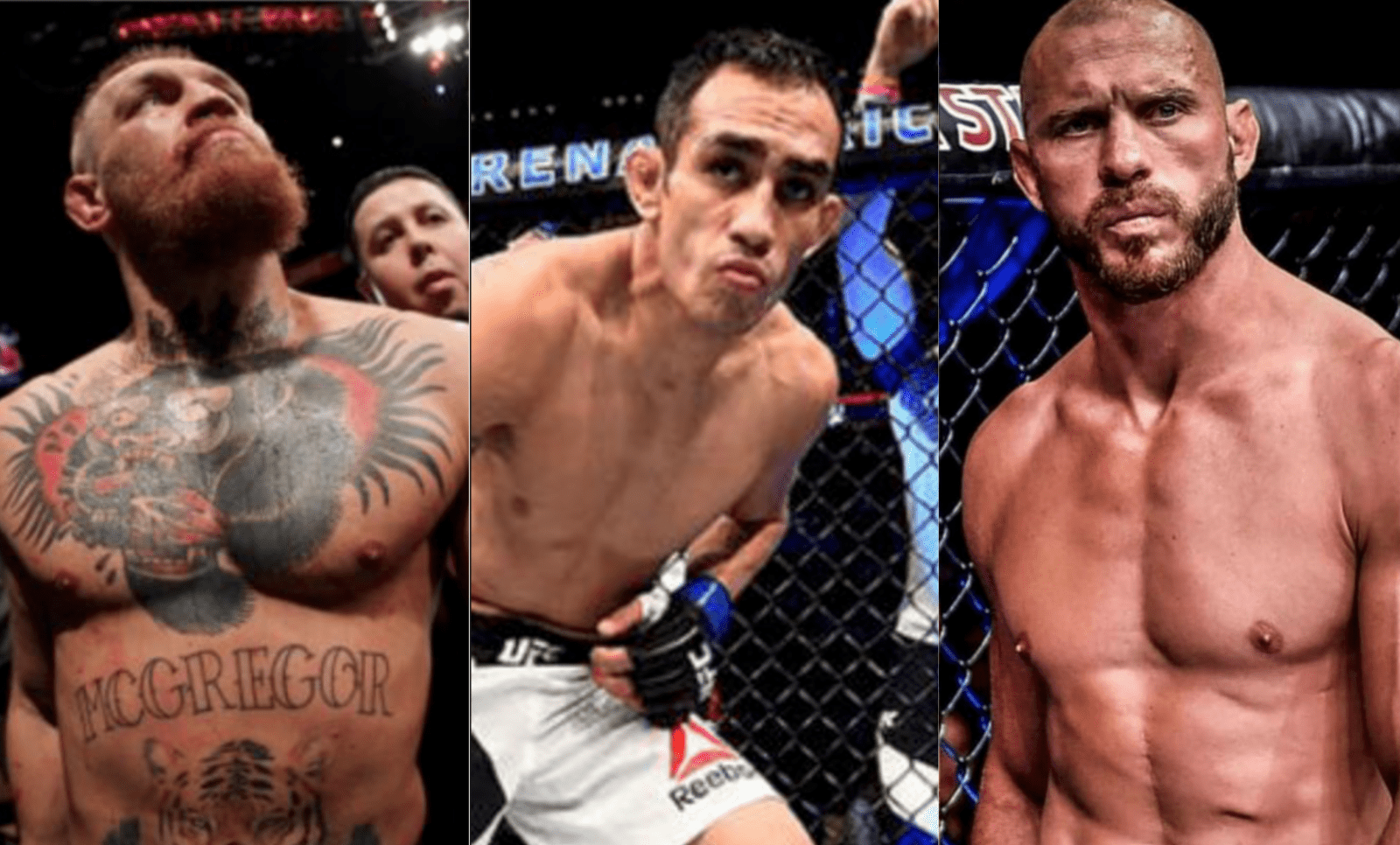 We may have an interim title fight lined up between Dustin Poirier and the featherweight champion Max Holloway, at UFC 236 but the UFC lightweight division still has huge questions hanging over it.

What with the champion Khabib Nurmagomedov, apparently sitting out till November, Tony Ferguson turning down a chance to fight for the interim title and the constant speculation as to who Conor McGregor is fighting next.

At the UFC 236 press conference in Las Vegas (which you can watch here), Dana White was asked about McGregor, Ferguson and ‘Cowboy’ Cerrone. First about speculation of McGregor vs ‘Cowboy’ going down at UFC 239.

“These two have been talking about this and I said if they want to fight, I would do it. But we’re nowhere close to a fight. We’re actually looking at other opponents for ‘Cowboy’ Cerrone now.”

Dana also seemed as uncertain on where Ferguson fits into the current lightweight situation.

“I say all the time: When there’s an opportunity, take it. I don’t know where this leaves Tony. Tony didn’t want the fight. It’s the fight I wanted (with Poirier). We even tried to make the fight (with Holloway) and he didn’t want it. You can’t make anybody fight.”

After the press conference, Dana spoke to ESPN’s Brett Okamoto, who gave more insight on what’s next for McGregor and revealed that ‘Cowboy’ is likely to fight Al Iaquinta next.

Who would you like to see fight who, in the UFC lightweight division?