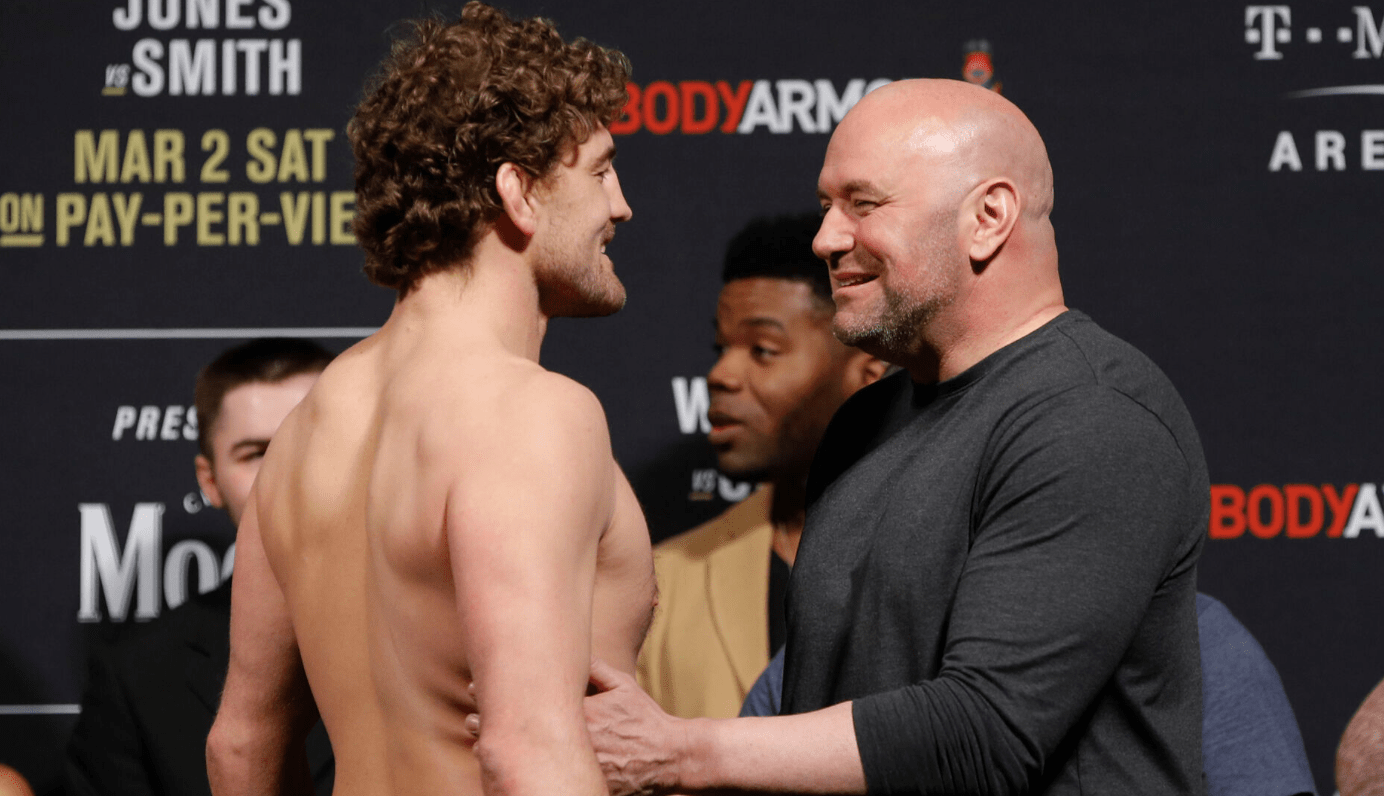 Dana White and Ben Askren have had a strained relationship in the past and for many years, it looked like the former ONE Championship and Bellator champion would never get to test his skills in the UFC.

That however changed at the end of last year, when the UFC and ONE Championship did a trade deal with Askren and the former UFC flyweight champion, Demetrious Johnson.

And although it appeared that the relationship was still a little rocky for a while, it looks like their relationship is now in a much better place. Just this week, Askren told Ariel Helwani that the two had exchanged some cordial text messages.

And more recently, when speaking to Yahoo! Sports, Dana has heaped praise on the welterweight star.

“Askren has been fun. This guy’s smart, he’s funny, he likes to mix it up with everybody. In a fun way, too. So it’s been good. I’m glad he’s here. Timing is everything in life. And this was the perfect time for Ben Askren to be in the UFC.”

“I’m trying to make the Lawler rematch. First of all, that fight was awesome, it was fun, it was controversial but it’s the fight to make right now.

“Robbie Lawler said the choke was around his ears. ‘So when the ref’s talking to me, his arms are wrapped around my ears, how am I supposed to respond? I gave him the thumbs up.’

“It’s terrible when that happens. That’s the fight we want to make.”

In the same interview, Dana spoke about the backstage fracas between Jorge Masvidal and Leon Edwards at UFC London and whether Masvidal’s win was enough to earn him the next title shot in the welterweight division. You can read about both here and here.

Do you think the UFC should make the Askren vs Lawler rematch?