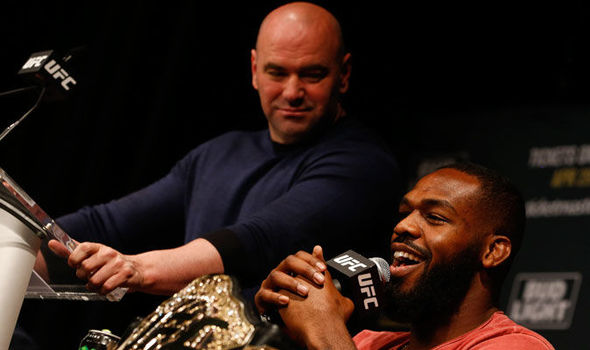 Jon Jones hasn’t always been the easiest of people to deal with for UFC President Dana White. At UFC 239, Jon will defend his UFC Light Heavyweight title against the number one contender Thiago Santos. Jon is considered by many to be the best pound-for-pound fighter on the planet. While Jon recently said that accolade now belongs to Henry Cejudo, the fact that he has a near-perfect record automatically means that he is contention for the spot.

While one could also argue the fact that Jones testing positive for banned substances would — and should — automatically disqualify him, Jon is also once-in-a-generation athlete. His only loss came to Matt Hamill about a decade ago, during a fight which Jon was dominating, until the point when he connected with a series of 12-6 elbows, resulting in a disqualification.

However, UFC President Dana White recently revealed that he is currently working with the Nevada State Athletic Commission to overturn Jon’s only loss to a no-contest, as pointed out by a Twitter user (h/t Omar Villa).

If Dana White does indeed succeed in overturning the ruling to a no contest, Jon Jones would join only a handful of other legends, who remained undefeated throughout their MMA careers.

Of course, Jon Jones is still active, and said that he wants to fight more often going into 2020. However, if one day Jon does retire with an unblemished record, it would be extremely difficult for anyone to suggest that “Bones” isn’t a top candidate to be called the “G.O.A.T”.