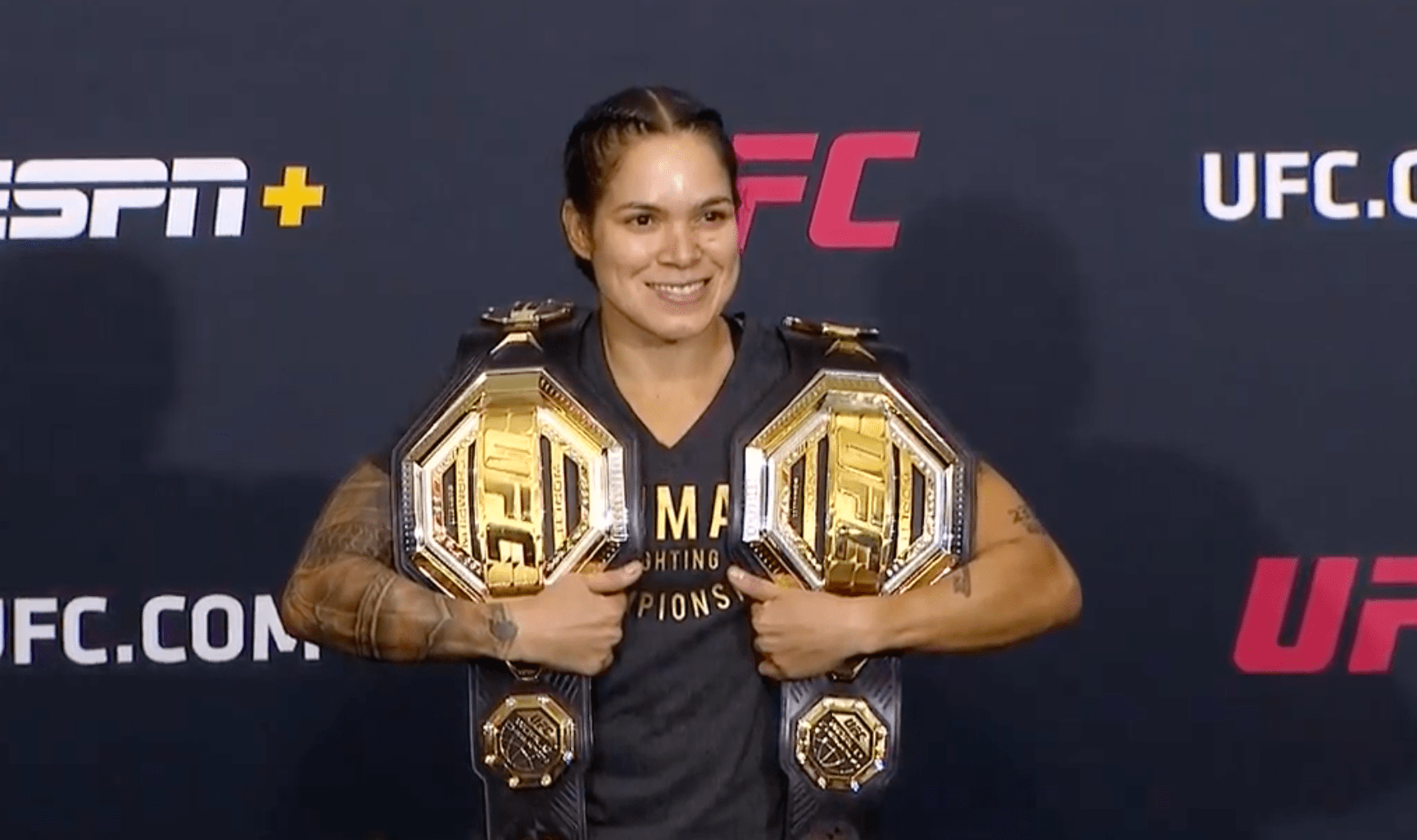 Dana White has always been one of Amanda Nunes’ biggest supporters. The UFC president has declared her the greatest female mixed martial arts athlete in the history of the sport and now claims that her gender has an impact on the amount of respect that she receives.

The UFC rankings are decided upon by members of the MMA media. Recently, they chose to separate the ‘pound-for-pound’ section in to separate male and female categories. Despite topping the women’s list, this decision distances Nunes’ name from those of male stars, such as Jon Jones and Khabib Nurmagomedov.

‘I Think It’s Because She’s A Woman’

‘The Lioness’ is widely regarded as the toughest woman on the planet but is rarely mentioned in the overall greatest of all time conversation. Speaking to TMZ Sports (as transcribed by BJPenn.com), Dana revealed his frustration over the media’s portrayal of his prized athlete.

“I think it’s because she’s a woman, to be honest with you.”

Dana, as he did a few days ago over his recent comments on Conor McGregor, then took the opportunity to hit out at the MMA media.

“So I think that’s part of the reason, but it’s getting very hard now for people not to start respecting her, especially after this last performance [against Felicia Spencer at UFC 250]. And when she fought Germaine de Randamie [at UFC 245], people were like, ‘She looked awful human in that fight, she looked human.’ What? She fought the greatest female striker ever. She fought the greatest female striker ever and she won the fight. What do you guys want from the woman? And then this last fight against an unbelievably tough, durable Spencer, she put on an absolute clinic.”

Do you agree with Dana White’s comments on Amanda Nunes?