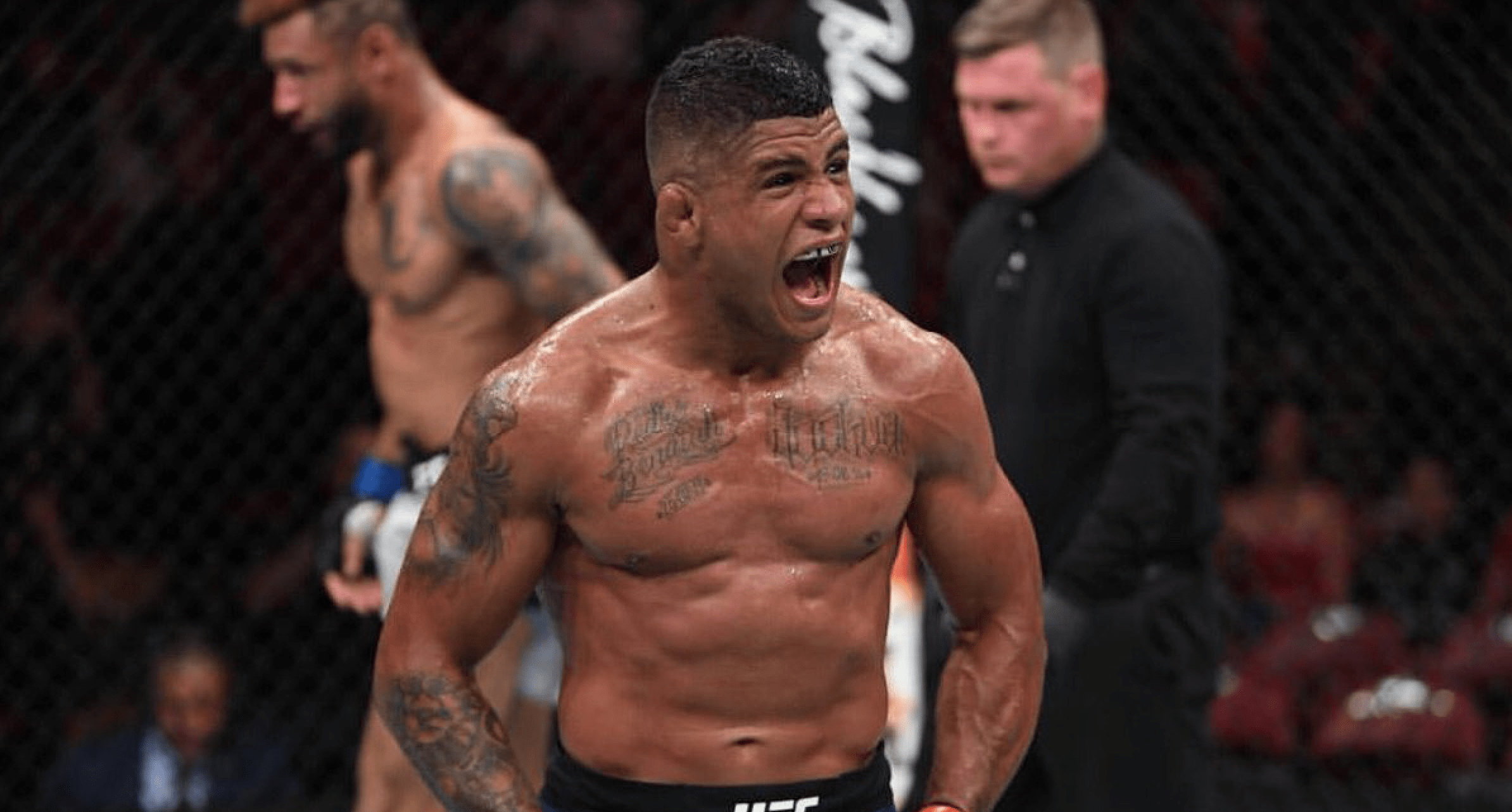 Gilbert Burns has done a brilliant job impressing UFC president Dana White recently, winning six times in the last year and a half. His technical abilities and an explosive style of fighting have won him the ‘Performance of the Night’ in his last two bouts.

After Jorge Masvidal’s win over Nate Diaz at UFC 244, he was considered the next title contender. But negotiations for his fight against the champion Kamaru Usman seem to have stalled and ‘Gamebred’ has now turned his attention towards a “BMF’ rematch with Nate Diaz.

The welterweight division is currently stacked with big-name fighters who consider themselves as the next contender. But you could argue that no one has more momentum at 170lbs as Burns does right now. In an appearance on Steve-O’s Wild Ride podcast (as transcribed by MMA Junkie), Dana expressed his admiration for Gilbert’s willingness to fight and admitted that he might be the next title contender.

“You got Colby Covington, you got Jorge Masvidal, you got Leon Edwards and now obviously you’ve got Gilbert Burns,” Dana said. “The reality is, we’re going to reach out tomorrow and say: ‘Who wants the next fight? Who wants this fight? Who is ready to go? Who wants to fight Usman?’ If it’s Masvidal, Edwards or Burns.

“Burns told me that night, ‘Let’s turn this f***ing right round, I’ll fight Usman now. I’m ready.’ I love that kind of s***. When you’re that guy, it’s highly likely you’re getting that f***ing fight.”

In his post-fight interview at UFC Vegas after beating Tyron Woodley, Burns called out his teammate and the current champion Usman. Even though he feels competing against his friend might be “weird”, the 33-year-old doesn’t want to lose the opportunity of winning the welterweight belt.

UFC Vegas was ‘Durinho’s’ first UFC main event and he was able to keep up the pace for all five rounds, while showcasing his spectacular striking skills, despite the fact that he is best known as a Brazilian Jiu-jitsu specialist.

Do you think Gilbert Burns deserves to get the next title shot against Kamaru Usman?