Dana White Still Not Giving Up On Khabib, Talks TUF 29 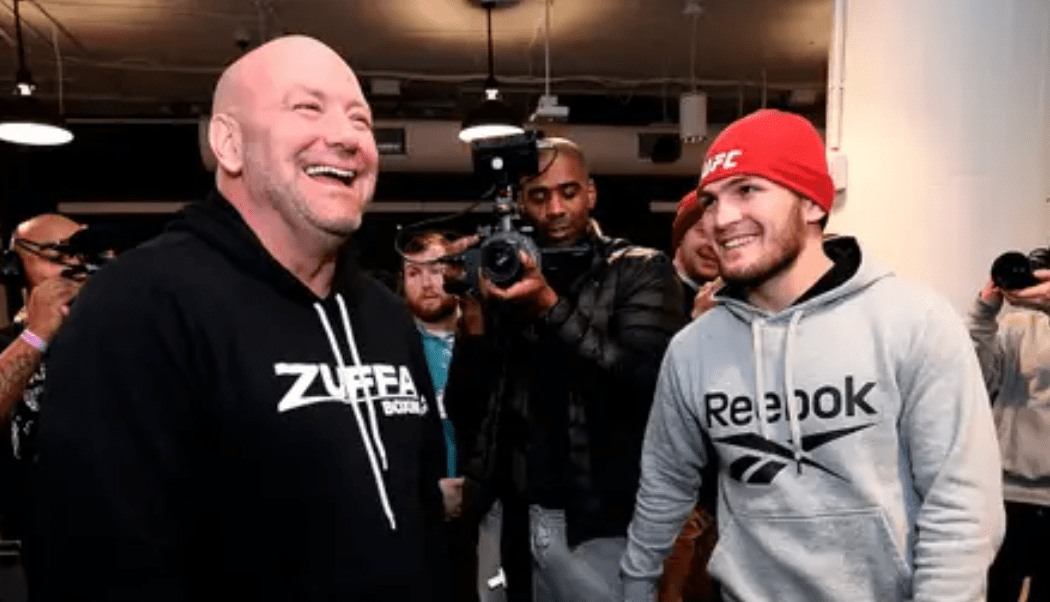 Khabib Nurmagomedov has repeatedly reiterated the fact that he’s retired and wants the UFC lightweight division to move on without him, but Dana White continues to believe otherwise.

Khabib retired from MMA after successfully defending his lightweight crown for the third time at UFC 254, beating Justin Gaethje by submission in the second round. It has been over three months since ‘The Eagle’ announced his decision, but he is still officially the promotion’s 155lbs champion.

Before UFC 257, Dana revealed that Khabib may return if he sees something special from the four men involved in the main and co-main event, namely Conor McGregor, Dustin Poirier, Michael Chandler, and Dan Hooker. However, after the event, the UFC president came out and said that the Russian had no plans of fighting as he believes he is levels above everyone else in the division.

Many believed that the UFC was planning a blockbuster rematch between Khabib and McGregor, should the Irishman win his fight at UFC 257. When this didn’t happen, it prompted Dana to stop chasing the Dagestani.

However, with reports that the promotion is planning a trilogy fight between Poirier and McGregor in May, Dana has come out and said that he isn’t done with Khabib yet.

Not Done With Khabib

Speaking to Complex (as transcribed by MMA Fighting), Dana said that there are a number of top contenders at lightweight, and whosoever proves that they are the best among the top five deserves to fight for the title.

“The one that deserves to be the champion is the one that comes out on top in this tournament,” Dana said. “Khabib beat Conor. Khabib destroyed Dustin. Khabib is the man. He’s the champ, he’s the guy. If you look at the guys that deserve to be there, it’s whoever’s gonna win out of the top five. You’ve got Poirier, Gaethje, [Charles] Oliveira, Chandler, and you still have Tony Ferguson and Conor in the mix too.”

Dana further revealed that the UFC isn’t done with Khabib, and that the two are set to meet again in Las Vegas at the end of the month to make a final decision.

“No. We have not [given up on Khabib],” Dana stated. “Khabib is the champion. Khabib’s coming to Vegas. He and I are gonna go to dinner and talk and see what’s next.”

Earlier this week, Khabib told the media that he understands why Dana is trying to lure him back, but urged the UFC president to consider his side of the story.

Dana also announced that the 29th season of The Ultimate Fighter is now set start filming in the summer, and that he is working on having two coaches from the welterweight division. Potentially implying that we could see Colby Covington and Jorge Masvidal coach the two teams.