Dana White To Tyson Fury: Why Come Over Here To Get Smashed? 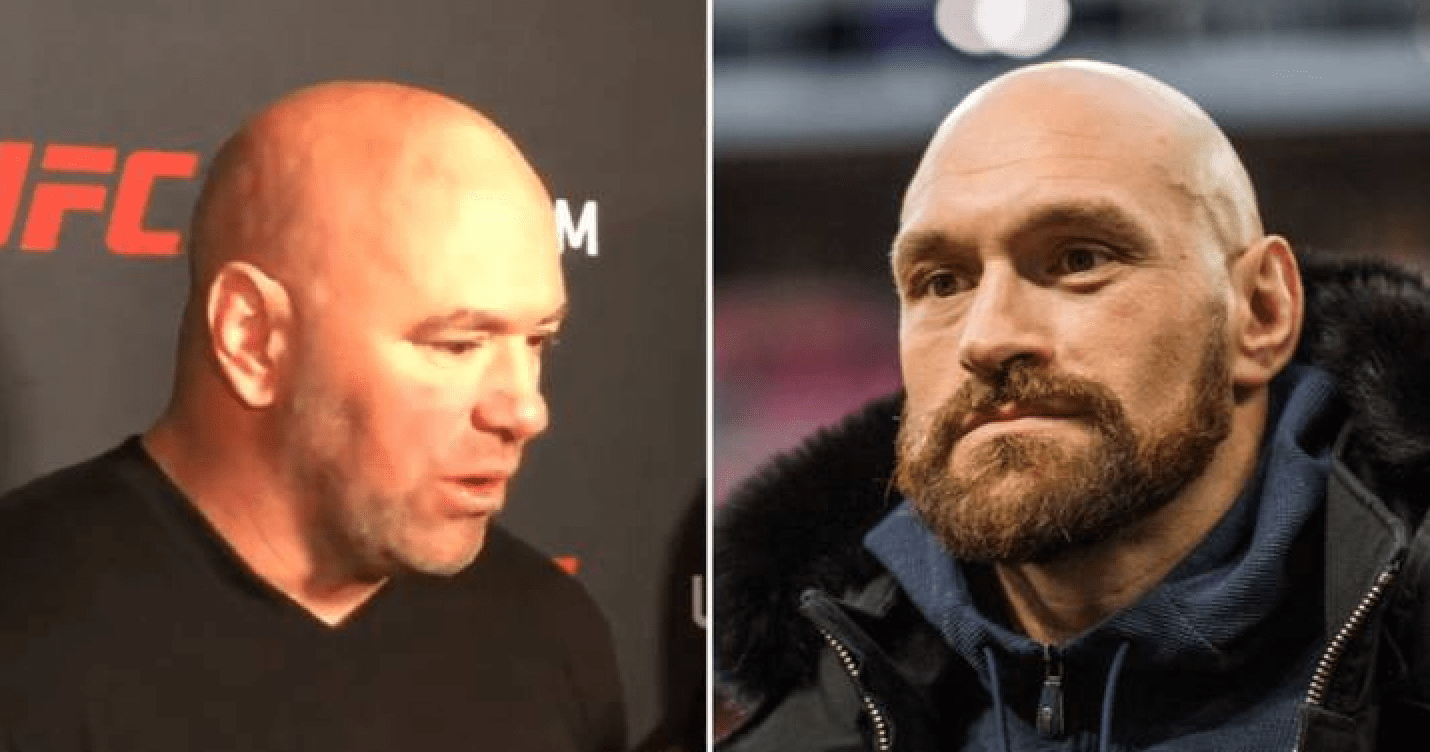 Not content on being a huge star in the boxing world, Tyson Fury has been teasing a move to MMA recently. Fury’s comments have been met with the usual scepticism we hear, when a boxer or MMA fighter talks about switching. And it appears that UFC president Dana White, shared the fans’ scepticism.

Speaking to TMZ Sports, Dana stated that he’s a big fan of Fury but can’t understand why he would want to transition to MMA ‘to get smashed’.

“I like Tyson Fury, I think Tyson Fury is one of the biggest stars in combat sport right now. You look at the four heavyweights, [Anthony] Joshua, [Deontay] Wilder, Fury and [Andy] Ruiz, and I think massive fights can be made with all of those guys.

“Tyson Fury had a tough time in his last fight, in a boxing match. Coming over to MMA is…I don’t know, it’s a whole other story. It would be like me sending a guy over to beat Tyson Fury.”

Although against the idea, Dana refused to completely rule out bring the boxing heavyweight over to the UFC.

“Listen, anything is possible. If Tyson Fury wants to fight in MMA, I’ve got a tonne of guys who would love to fight him.

“I just don’t know why. I can’t wrap my head around why. And I shouldn’t be saying that, I should be say ‘oh I love Tyson Fury, bring him over’ and all this shit, but now looking at both sports…you know, three years ago, before I was looking at boxing, I’d be like ‘oh yeah, send me Tyson Fury, I love it’, but Tyson Fury is a very marketable heavyweight.

“I believe that he’s one of the best in the world, out of the top four right now. He’s an incredible fighter and promoted the right way, could be a part of three or four of the biggest fights in heavyweight history. Why come over here to get smashed, when you could stay there? Tyson Fury, your time is now. You’re the man of boxing. You’re one of the top four guys in the world in boxing. Why even think about coming over here?”

Do you think we’ll see Tyson Fury inside the UFC Octagon in 2020?