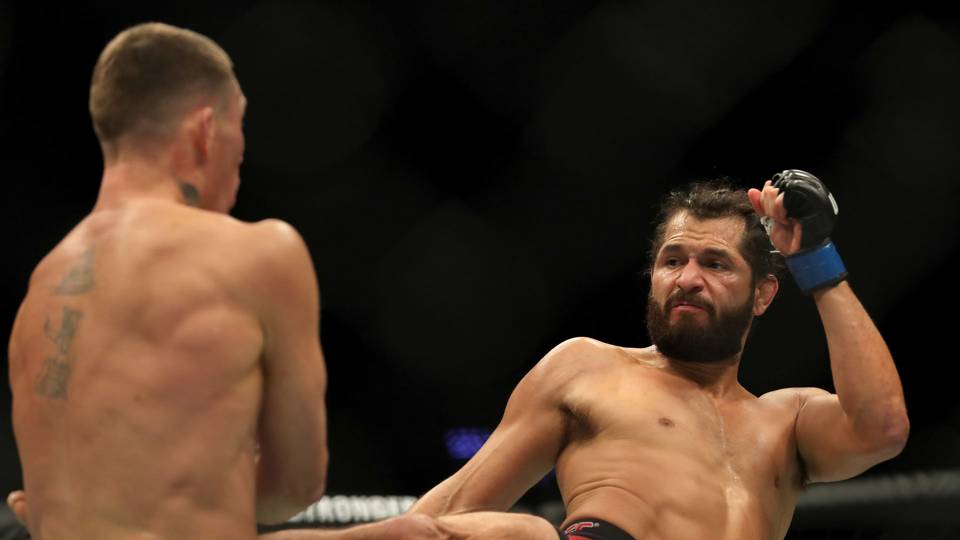 Last night at UFC London, Jorge Masvidal silenced those in attendance at the famous O2 Arena by knocking out Darren Till. Jorge, who was much smaller compared to ‘The Gorilla’, survived an early onslaught in the first round to catch Till with a devastating overhand left. Darren Till hit the mat a second later, his head bouncing off the canvas, while Masvidal celebrated his win.

However, that wasn’t the only major talking point involving Jorge. Masvidal was being interviewed backstage after his win, when he stopped Leon Edwards approaching him. Leon Edwards, who also got his hand raised earlier in the night, had some unflattering things to say about Jorge Masvidal leading up to the fight. And it’s safe to say that Jorge did not forget about them. ‘Gamebred’ approached Edwards asking him to say things to his face, before throwing punches at the England native!

UFC officials then stepped in to separate both men. Leon suffered a cut due to the altercation, while Jorge was escorted out of the building. Masvidal also bagged $100,000 in POTN and FOTN bonuses, but Dana White, who wasn’t present for the event, was none too pleased with what had happened.

“I can’t even believe that this happened”, White told ESPN. “We (UFC) need to do a much better job of making sure this s–t doesn’t happen at any of our events!!!!”

Considering England does not have an athletic commission, Jorge could face punishment if UFC should so choose, according to their athlete code and conduct policy. But for now, ‘Gamebred’ will be leaving the United Kingdom after making not one, but two huge statements!