Daniel Cormier: GSP Is A Name That Adds Value To Khabib’s Resume 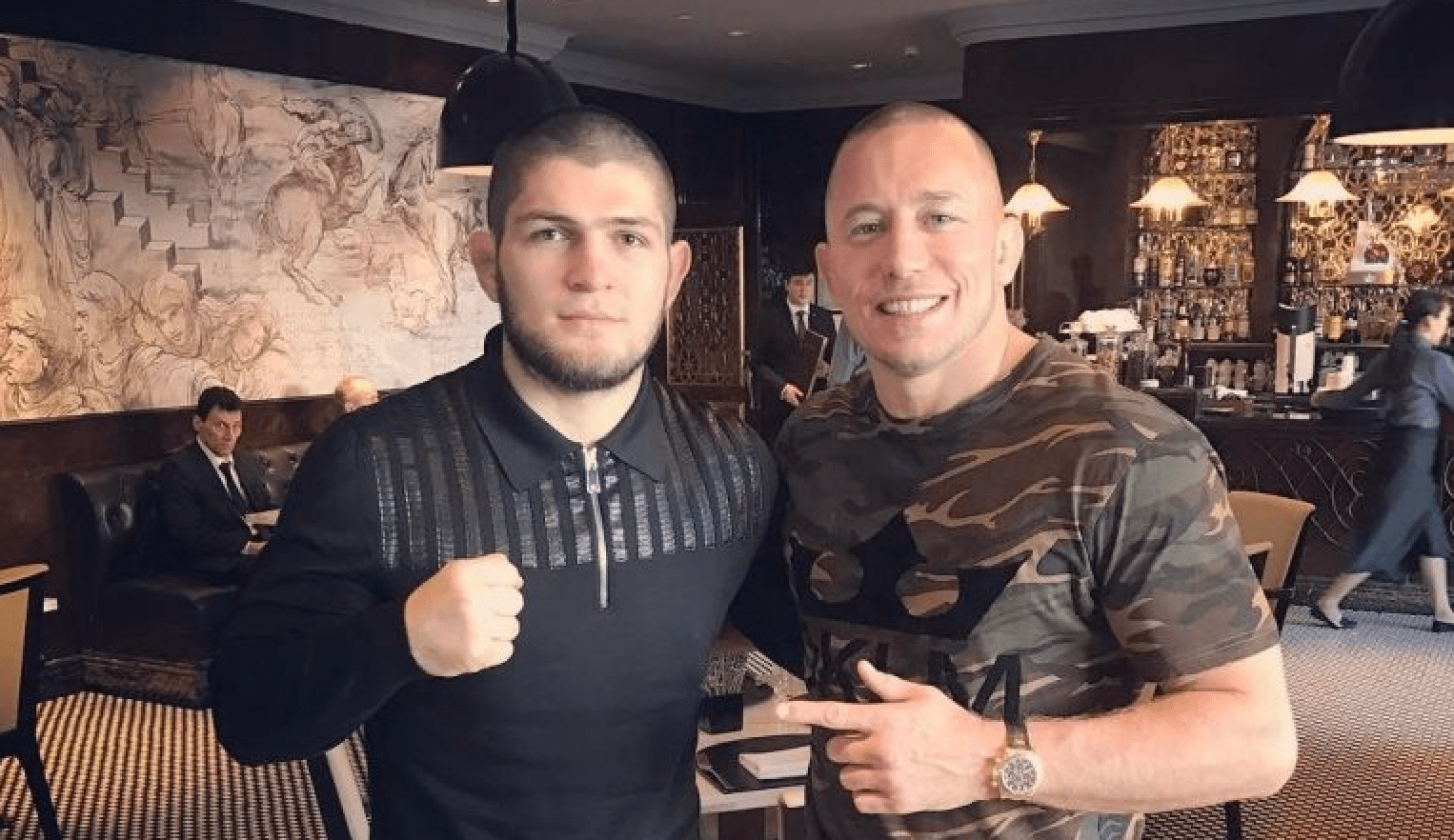 Khabib Nurmagomedov has said on numerous occasions since October that he has no intention of fighting again, but there is one fight that could make him change his mind.

The reigning UFC lightweight champion retired from MMA at 29-0 after submitting Justin Gaethje in the second round at UFC 254. But UFC president Dana White remains adamant that Khabib will return for at least one more fight.

Speaking to MMA Fighting, Daniel Cormier said that he understands why Dana is persistently trying to lure his good friend into fighting again.

“I think that when we look at these things and Dana as a promoter and the head of the UFC, that’s what he’s supposed to do,” Cormier said. “He’s supposed to be hopeful that he gets another Khabib Nurmagomedov fight. Why wouldn’t he? I think that’s where we are today. I don’t know for certain that Khabib is going to fight. I don’t know if he’s not going to fight. I try to keep our relationship a friendship. I don’t want to always be talking to him about things about his career because he’s a star.

“But if you’re Dana White, I think he’s playing it the exact way he needs to, and I don’t know where Khabib is personally. But if you ask me still, I know this guy is a man of his word, so I don’t know what he’s going to do.”

‘The Eagle’ is still one win away from the 30-0 feat that his father Abdulmanap Nurmagomedov, dreamt of. But following his passing, Khabib promised his mother that he wouldn’t fight again.

However, if he he were to return for one more fight, Cormier believes the only man Khabib would consider coming out of retirement is Georges St-Pierre, someone his father always wanted him to fight.

“It would have to be Georges St-Pierre,” Cormier said. “I believe that a big fight is what he would want in order to just prove himself. Like you said, Khabib Nurmagomedov is just trying to make history and a win over Georges St-Pierre would do exactly that for him. When your resume becomes so big, not many things can add value to it. If he can go and [fight] GSP and beat GSP, that adds value.

St-Pierre, who is the longest-reigning welterweight champion in UFC history, as well as a former middleweight champion, is also retired. Although he has previously stated that he would consider coming out of retirement to fight Khabib. Stylistically, Cormier thinks that a fight between the two phenoms would make for an intriguing matchup.

“It’s a great fight,” Cormier said. “I think Georges has good takedown defence. I think Georges has good striking. The highest level striking we had seen for a long time. Georges was one of those guys that almost seemed to be ahead of the times. He almost ahead of the times. Like we were learning to strike or wrestle while Georges was able to do them both at the same time. That was very rare back then and that’s why he stood out so far above everybody else.

“If he fought Khabib, especially the Khabib that you saw against Justin Gaethje where people thought that he didn’t have in the standup, he was at a clear disadvantage. The way he fought in the standup, that tells you he’s got a guy in front of him that can do just about anything.”

Natural Abilities And Iron Will

On route to going 29-0, Khabib has never been cut, significantly hurt, or looked vincible. Cormier believes it is down to a combination of the natural abilities he possess, and his iron will.

“He’s so talented,” Cormier said. “I think when you start thinking about guys with pure talent you think about him and you think about [Jon] Jones. Those guys are just so naturally gifted. But I think it’s just that iron will to be successful and win that truly drives Khabib Nurmagomedov to be who he is.

Dana is expected to meet Khabib in Abu Dhabi next month to discuss the reigning lightweight champion’s fighting future.

Who do you think would win a super fight between Khabib Nurmagomedov and Georges St-Pierre?