Cormier: Beating Miocic At UFC 252 Makes Me The Heavyweight GOAT 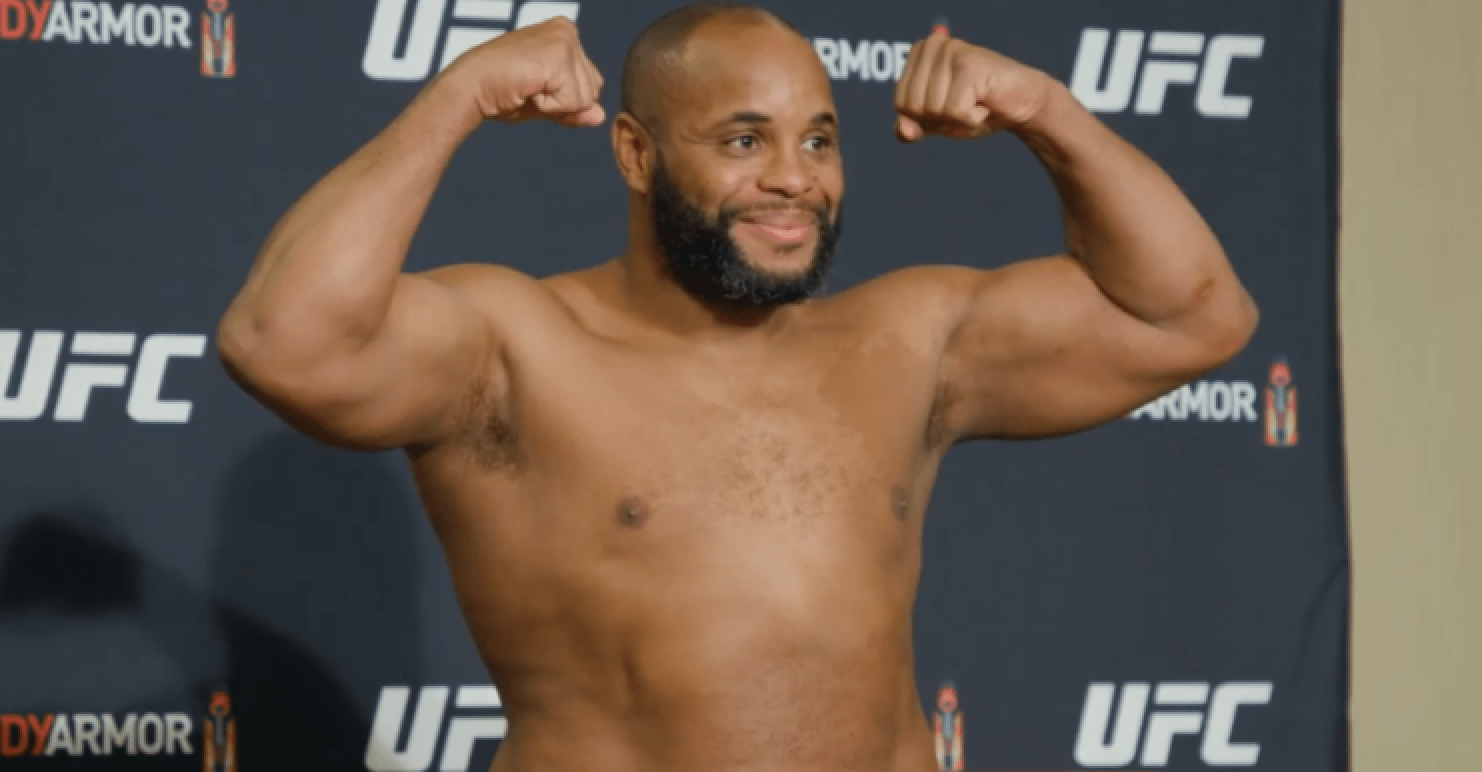 The long anticipated trilogy fight between Daniel Cormier and the heavyweight champion Stipe Miocic is set to go down this weekend at UFC 252. For DC, this is also going to be the last fight of his MMA career.

The 41-year-old opened up on his arduous training camp, while speaking to TMZ Sports (transcript by MMA Mania).

The fact that Cormier is getting older isn’t the only reason why the former two division champion was having a harder time during this training camp.

“Because of the coronavirus, I can’t even stay in the house with my family. I’m interacting with a whole bunch of people from the outside. … For the vast majority of this camp, since June 30, the last six weeks of my training camp, I’ve been staying at my old house. … We’ve been essentially staying in a bubble. Me and my training partners, we all just stay at my house,” Cormier continued.

“I got a pregnant wife who’s seven-and-a-half months pregnant. Two kids, a nine-year-old, an eight-year-old, and I’m not even living at home because I’m having to prepare for this fight—but that also shows the commitment from the family to understand what I’m trying to do here is so special.”

Cormier believes that he has already done enough to be considered one of the greatest fighters of all time. But he also thinks that a second win over Miocic will cement him as the greatest UFC heavyweight of all time as well.

“I think that all the things I’ve done at heavyweight and at light heavyweight makes me one of the greatest fighters of all time, period. But if I become a two-time heavyweight champion, there’s only a few guys that’ve done that before in their careers.

“I think that by being the most dominant heavyweight of all time twice would make me the greatest heavyweight the UFC’s ever seen,” Cormier concluded.

With a stoppage win a piece going into the trilogy, 888 Sports has both Cormier and Miocic at -110 favourite to leave the Octagon as the champion at UFC 252, and lay claim to the heavyweight GOAT crown.

Who do you think will win the heavyweight title at UFC 252, Daniel Cormier or Stipe Miocic?