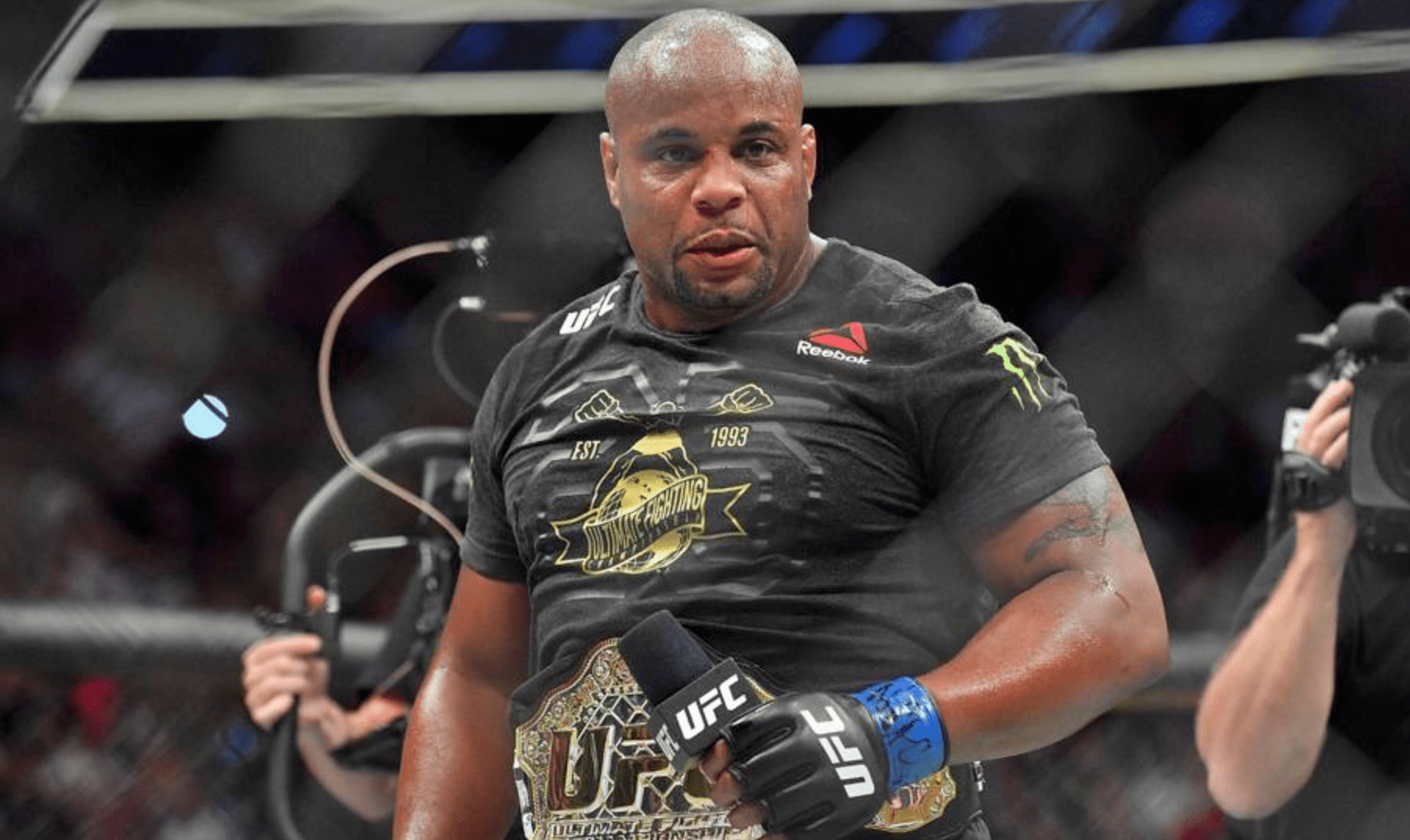 A lot of the talk in the last couple of days has been whether Daniel Cormier should fight Jon Jones at light heavyweight or heavyweight. Cormier has other ideas though, as he told Luke Thomas on The MMA Hour:

“Man, I don’t know. Like I said, I’ve long intended to be done with this thing by the time I turn 40 years old, and I’ve had some things injury-wise that are really kinda holding me back right now. I would prefer to be getting ready to train right now and fight, but there are a couple things that have happened that I can’t really get going like I want to, so it’s kinda all still up in the air.

Dana’s hopeful, he’s like, ‘Oh, you can fight three more times, you’re the man right now.’ And honestly, I could fight. I could still fight. It doesn’t seem like I’m slowing down too much. I mean, hell, I became the heavyweight champion a few months ago, it’s not like I’m slowing done. So we’ll see what it is. I really do still intend to be done with this thing really soon. It’s just a personal decision that I made with my family, and we’ll see what happens.

As of right now with the Lesnar thing, that’s kinda still up in the air. I’ve gotten a lot of, ‘You’re not willing to fight Jones, you talk trash about Jones [and he his drug testing issues], but you’re willing to fight Lesnar?’ Nobody knows what’s in place in terms of drug testing between Brock Lesnar and I. These are just general assumptions as to what is Brock Lesnar truly going through right now to try to be eligible to compete. We could be doing so many different things that people are unaware of, and if Brock Lesnar’s clean on the day that we fight, because of these things, then why can’t I fight him?

Or, if he doesn’t fight, then I’ll fight Stipe Miocic. I talked to the boss (Dana White) the other day and he’s talking to me about fights and Brock Lesnar and Jon Jones and everybody, and I said, ‘If Lesnar doesn’t go, Stipe has to be first. He deserves it, and I’ve said it from the beginning. If it ain’t Brock, I want to fight Stipe Miocic and give him what’s rightfully his, a rematch for this title.’ He’s going to get beat again, but at least he’ll get a chance to fight for that belt again.”

Who would you like to see DC fight next? Head over to our home page, to take part in our poll to let us know.