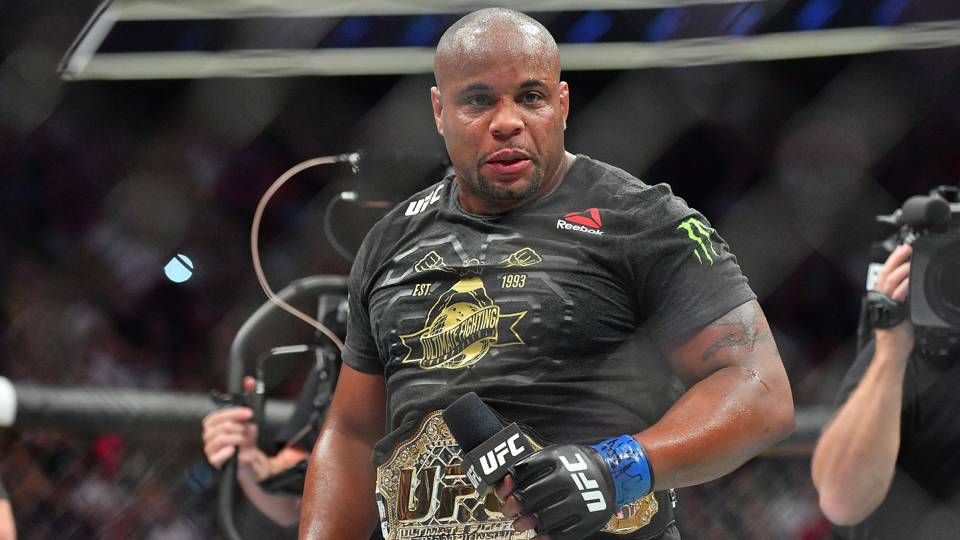 Former two-division UFC champion Daniel Cormier, lost his heavyweight title to Stipe Miocic at UFC 241 last August. He won their first meeting at UFC 226, to win the belt. Now the whole MMA world is patiently waiting for the trilogy match. DC and the UFC president Dana White however, appear to be losing their patience waiting for the champion.

Miocic has clearly stated that he will fight DC, but not during the current coronavirus pandemic, where his priorities lie in his job as a firefighter (first respondent). Adding that the fact his gym is closed right now is preventing him from stepping into the Octagon before August.

Cormier now appears to be looking in a different direction, towards the number two ranked UFC heavyweight and brutal finisher, Francis Ngannou. ‘The Predator’ has stopped his last four opponents in spectacular fashion, including the 20 second knockout over Jairzinho Rozenstruik at UFC 249 this past weekend.

Cormier spoke on the UFC 249 post-fight show (transcript by MMA Junkie), and stated that Ngannou should be the next in line for the title fight against him, if Miocic isn’t willing to come back soon.

“If Stipe won’t fight, then Francis Ngannou has earned a title fight. If somebody is fighting Francis Ngannou for the title, it’s going to be me,” DC said. All respect in the world to Francis Ngannou, but I’m not afraid of anyone. I’ll fight anybody on any planet. I love Francis, I think he’s a sweetheart person. I would love to do my trilogy with Stipe Miocic, but if Stipe won’t fight, they’re going to take his belt just like Henry (Cejudo) gave up his and they’re going to make a fight between Francis and I for the belt. It’s as simple as that.

“I would rather fight the trilogy fight with Stipe Miocic, I think that for everything we have meant to each other with me winning one and him winning one. That would be great for me. But if he doesn’t want to fight I want to fight my last fight. I want to fight whoever. And if it’s Francis Ngannou then I guess that’s who it’s going to be.”

Dana partially agreed with Cormier, but hasn’t made any decisive decisions so far.

“We got to figure out this Stipe vs. Cormier thing, or figure out if we end up doing a fight with Francis. We’ll get that figure out soon,” Dana said.

Should he fight Ngannou, Cormier has already warned fans not to expect him to stand and trade with ‘The Predator’.

Daniel Cormier says he has one fight left in him before he retires. Who do you want to see him fight, Francis Ngannou or Stipe Miocic?