Danny Kingad Plans To Stop Senzo Ikeda Early At ONE: A New Era 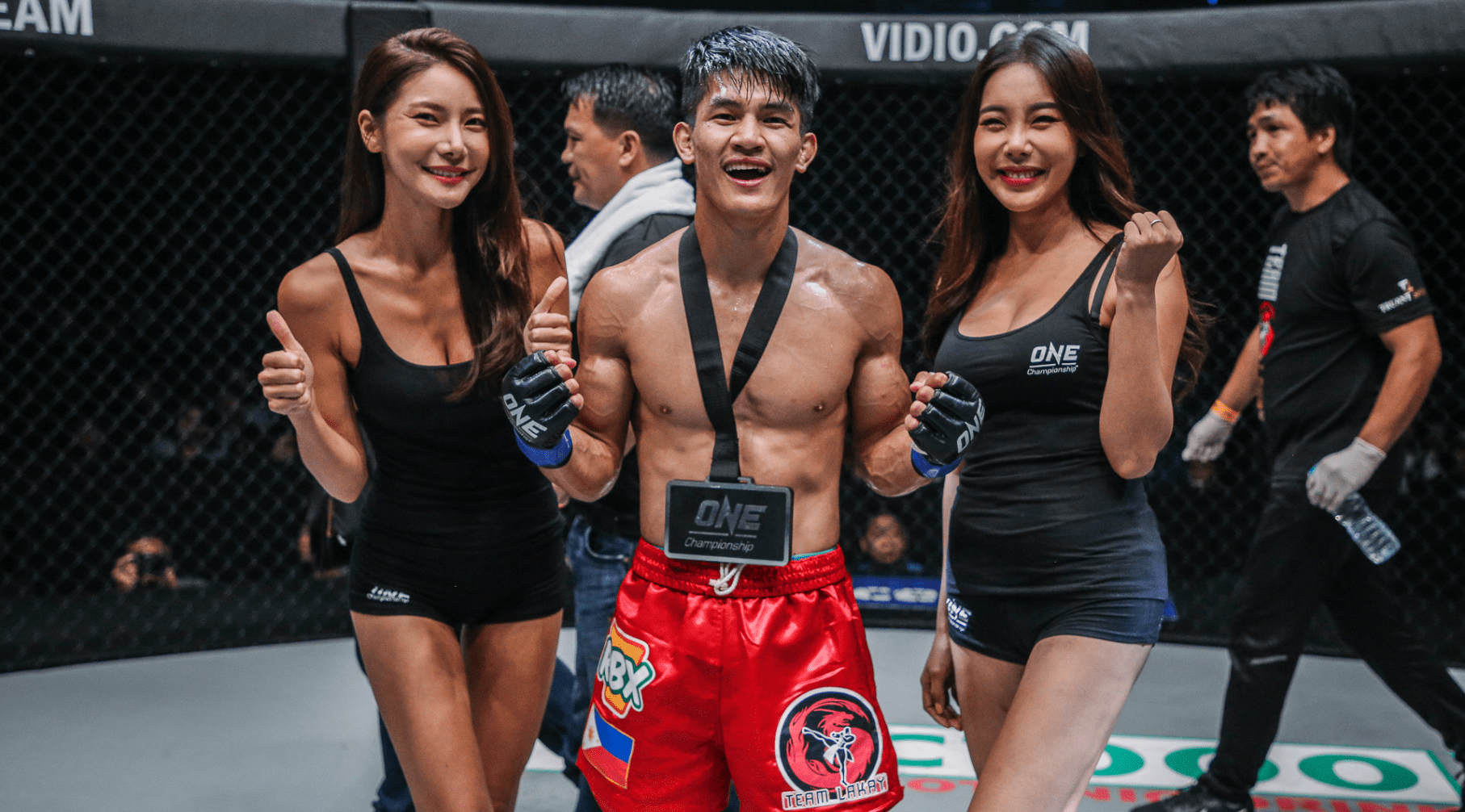 Team Lakay prodigy Danny “The King” Kingad is looking forward to his first ONE Flyweight World Grand Prix bout, despite the abrupt change in opponent.

After original opponent Andrew Leone was forced to pull out of the contest due to injury, Japanese veteran Senzo Ikeda quickly stepped in to the highly-anticipated tournament, which kicks off at ONE: A NEW ERA, set for the iconic Ryogoku Kokugikan in Tokyo,Japan on March 31st.

“I know this bout against Ikeda is going to be a tough one,” said Kingad.

“Geje [Eustaquio] told me to never let my fights go to the judges’ decision and to always look to finish. He knows my skills and capabilities very well, so his advice for me was to sharpen my finishing skills and end every match as quickly as I can.”

“The King” is among the early favorites to win the eight-man tournament. Despite being just 23 years of age, Kingad has shown incredible potential in his career thus far, dominating with his strength and athleticism, as well as his superior skill.

But what sets Kingad apart from the competition is not his physical attributes. The Baguio City native points to his powerful mind as his biggest asset. He fully believes he has what it takes to eventually claim the World Title when all is said and done.

“I will win this bout not because I am better, but because I am spiritually and mentally stronger than my opponent. I have trained for years to build the self-discipline and skills I need to become a champion,” Kingad concluded.

“You can expect an exciting match.”

Kingad and his team are wrapping up preparations for what will be the biggest bout of his young career so far. He makes his way to the Land of the Rising Sun early this week to acclimate himself to his surroundings and ready himself mentally for the mission at hand.

One goal Kingad has in mind for this matchup is to make sure it doesn’t go the full duration. Kingad’s Team Lakay brothers Geje Eustaquio and Joshua Pacio both lost their World Titles earlier this year to razor-thin decisions. The overall focus of camp was to work on finishing ability.

When asked what he thought of the controversial decisions that didn’t go Team Lakay’s way at a recent press gathering, Kingad was quick to offer his viewpoint.

“This time, it’s not going to the hands of the judges,” said Kingad.

“I’m not just going to wait for an opportunity to close the show. I’m going to make one. ‘That’s why you never let it go to the scorecards’, coach said. I am going to be aggressive and I’m going to look to stop my opponent early.”

If Kingad can defeat Ikeda, he will advance to the semi-finals of the competition where he’d face the winner between Kazakhstan’s Kairat Akhmetov and Australia’s Reece McLaren.

ONE Championship’s first ever event in Japan will provide the biggest and brightest stage yet for Kingad to prove his credentials.

The Filipino warrior made his presence known as he opened his professional career with five straight wins, which then culminated with a title shot against reigning ONE Flyweight World Champion Adriano Moraes, where he suffered his only loss in his career.

Kingad then picked himself up after the loss and went on a four-bout win streak, which has made him even more confident in himself as he climbs his way back up the flyweight ladder.