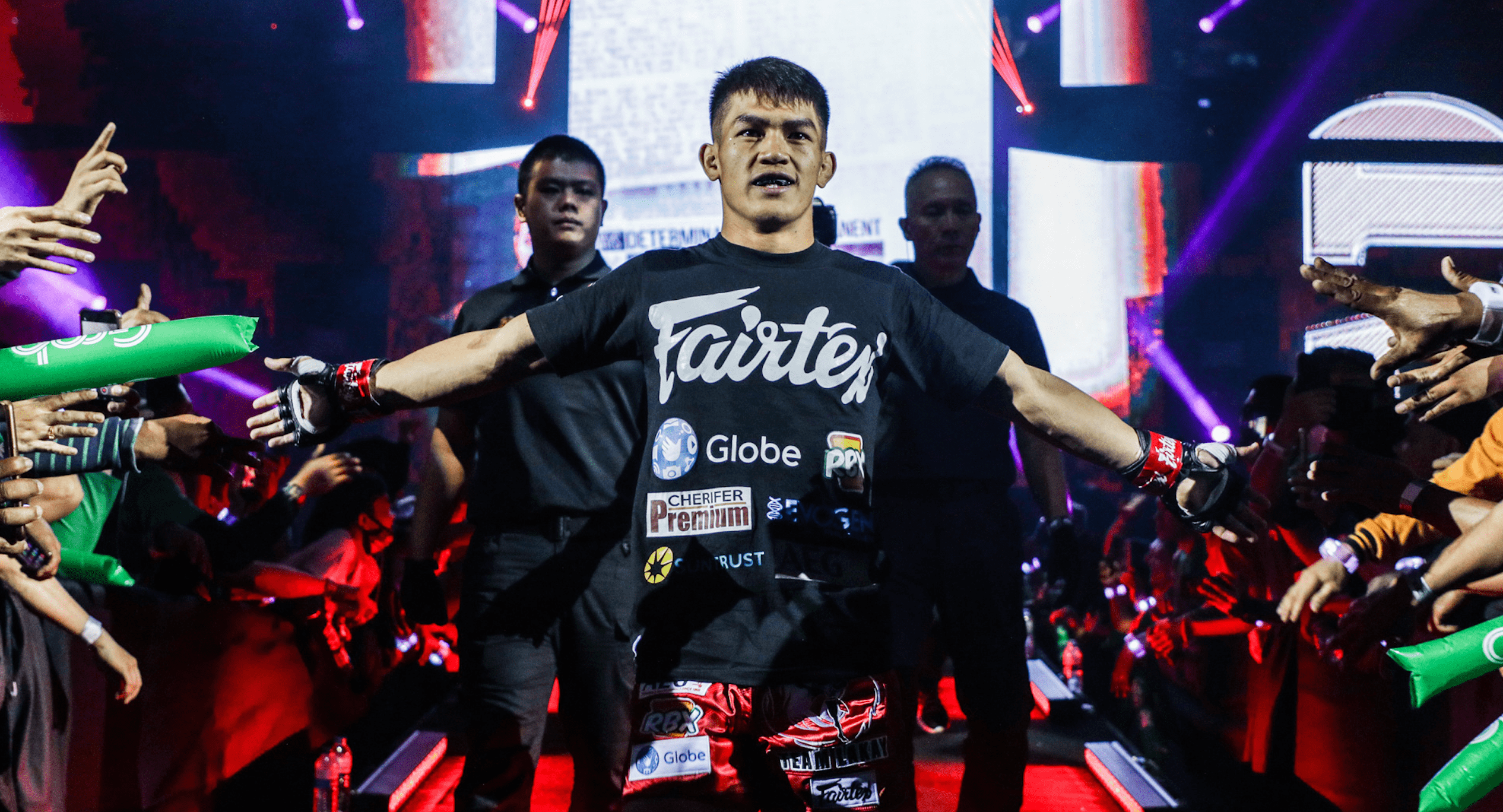 Perhaps there’s no one more familiar with Adriano Moraes and Demetrious Johnson than Danny Kingad, who is the only fighter to have competed against both athletes. ‘Mikinho’ is scheduled to defend the ONE flyweight title against ‘Mighty Mouse’ in the ONE on TNT 1 main event on April 7th.

Speaking to ONE Championship, Kingad said that he thinks Moraes versus Johnson could go either way.

“Honestly, this is a hard matchup to gauge. You can’t really be sure on who will end up winning,” said Kingad. “Having faced them both, one thing I can say is that they’re really, really strong fighters.”

Kingad lost a unanimous decision to Johnson in the final of the Flyweight Grand Prix at ONE: Century in October 2019.

“He’s the GOAT,” Kingad said. “He’s so technical, and he’s really, really quick. It’s so hard to stay in step with him.”

‘The King’ previously challenged Moraes for the ONE flyweight title at ONE: Legends Of The World in November 2017, but was submitted in the first round.

“When I fought Moraes, that was a long time ago, so it’s a bit different now,” said Kingad. “I think I competed on short notice and I didn’t really prepare well for his reach and his grappling. That’s why the match ended up that way.”

“He’s Always A Step Ahead”

The Team Lakay representative believes that Moraes has made improvements since he fought him, and believes that he can use his reach and BJJ skills to his advantage against Johnson.

“I expect Moraes to come in and have the reach advantage, which will work to his advantage when they’re on the feet. But he’s more than that, of course,” Kingad said. “He’s a champion for a reason and he wouldn’t be here if he wasn’t good. One thing that’s most notable about him is his ground game. He can hang with Johnson on the ground.”

But Johnson is a different breed of fighter. He possesses an exceptional fight IQ, in addition to cardio, speed, and technique. These are the tools that have allowed him to go on a three-fight win streak since signing with ONE Championship.

“The difference between the two will boil down to quickness, and I’ve seen how quick Demetrious Johnson is – both physically and mentally,” said Kingad. “I think that’s what truly makes him great. He’s always a step ahead of everyone, he thinks quickly on his feet, and he already knows what you’re about to do even if you’re only thinking about it.”

Though a little reluctant to give a prediction, Kingad believes Johnson will edge a decision win against Moraes to win the ONE flyweight title.

“As I’ve said, it’s really hard to gauge this match,” Kingad says. “But if I’m to choose, I’m picking DJ via decision.”

Danny Kingad bounced back from his loss to Johnson by beating Wei Xie at ONE: Fire And Fury in January of 2020. The 25 year old was scheduled to face Kairat Akhmetov last year but the top five flyweight was postponed due to COVID.

Do you think Demetrious Johnson can take the ONE flyweight title from Adriano Moraes at ONE on TNT 1?