Darren Till Shares Details Of Sparring Session With Mike Perry 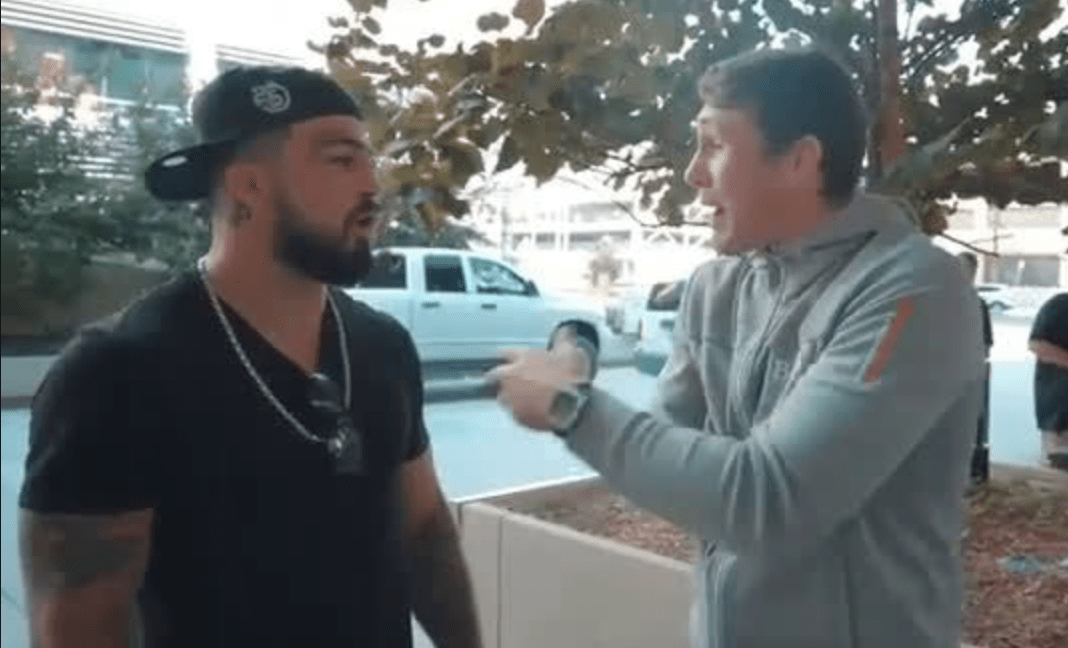 From going back and forth on social media, to Darren Till offering to corner Mike Perry for his last fight, the two athletes share quite the love-hate relationship.

The two had their first altercation immediately after Till beat ‘Cowboy’ Cerrone at UFC Gdansk in 2017, when they went back and forth through the Octagon cage. A year later their paths crossed in a hotel, which eventually paved way for the infamous sparring session between them.

Speaking on the Anything Goes with James English Show (as transcribed by MMA Fighting), Till shared details of what exactly happened.

“He comes up to me outside the hotel reception, he’s like, ‘Are you up for this later, this spar?’” Till recounted. “I said, ‘Yes, I am. Whatever time.’ He turned around and went, ‘I haven’t got no gloves.’ I went, ‘What? What do you mean? You want to ‘spa?’ I thought you wanted to go to a spa.’ And he’s like f***ing mental, he’s looking at me all confused, and I went, ‘Yeah, if you want to spar we can spar.’

“Later on that night he messaged me, ‘Are you ready?’ I was like, ‘Yeah champ, let’s go.’ Went down to the gym in the hotel and we done like five rounds of sparring.”

Perry’s Side Of The Story

Initially, Perry told The Mac Life in August 2018 that the sparring session was a “pleasure” and gave Till credit for giving him a tough time.

“We were both nice, I’m not gonna lie,” Perry said. “We were both nice because we weren’t trying to be disrespectful, and we wanted to see the movement. But we were cracking each other too, we went three five-minute rounds. We had a good little fight.

But earlier this year, Perry claimed that he “busted [Till’s] eye up, and I f***ed him about 20 times with combinations”. The animosity between the two has grown since, with both fighters taking shots on social media at one another. Although in Till’s defence, it has largely been banter on his behalf.

Dismissing Perry’s victory claims, Till said that the sparring sessions don’t mean anything because they were only sparring.

“I’ll never, ever say,” Till said. “Never, ever say. I don’t think—he’s actually said loads of times, ‘I beat Darren, I busted his face up.’ If that makes him feel good and sleep at night, that’s great for him, but this is the thing. I could go to Tyson Fury’s gym now and beat him up in a spar – he’s actually come to my gym and we sparred and I took him down, I’m an MMA fighter – imagine me going around saying, ‘I beat Tyson in a boxing spar today.’ That spar means absolutely f*** all, jacks***, you didn’t get paid for it. No one’s seen it. Sparring’s different. You don’t have the nerves, the crowd, everything involved.

“So for me to sit here and go, ‘I won Mike Perry in the spar,’ that’s bulls***, because even if I did or I didn’t it doesn’t mean a thing, because we could fight and he could just go ‘boom,’ knock me clean out. What really matters? The spar that I beat on him or the knockout that he just placed on me in front of everyone? He’s come out and said loads of times, ‘I battered Darren in that spar.’”

Perry Not At His Level

Despite Perry repeatedly stating that he wants to fight Till, the British 27 year old believes ‘Platinum’, who fights at welterweight, would need to prove himself at middleweight if they’re ever going to settle their differences inside the Octagon.

“Don’t get me wrong, I love the feud with Mike Perry, but—not to be disrespectful—he’s nowhere near to be getting a fight with me,” Till said. “He’s not even ranked. He needs to beat people first before he fights me. I’m fighting the elites, I’ve fought the best, beat the best, and been beaten by the best. He’s not close. He’s not my weight, he’s not fighting the best – we’ve just got a little tit-for-tat feud going on.”

Would you be interested in a fight between Darren Till and Mike Perry?