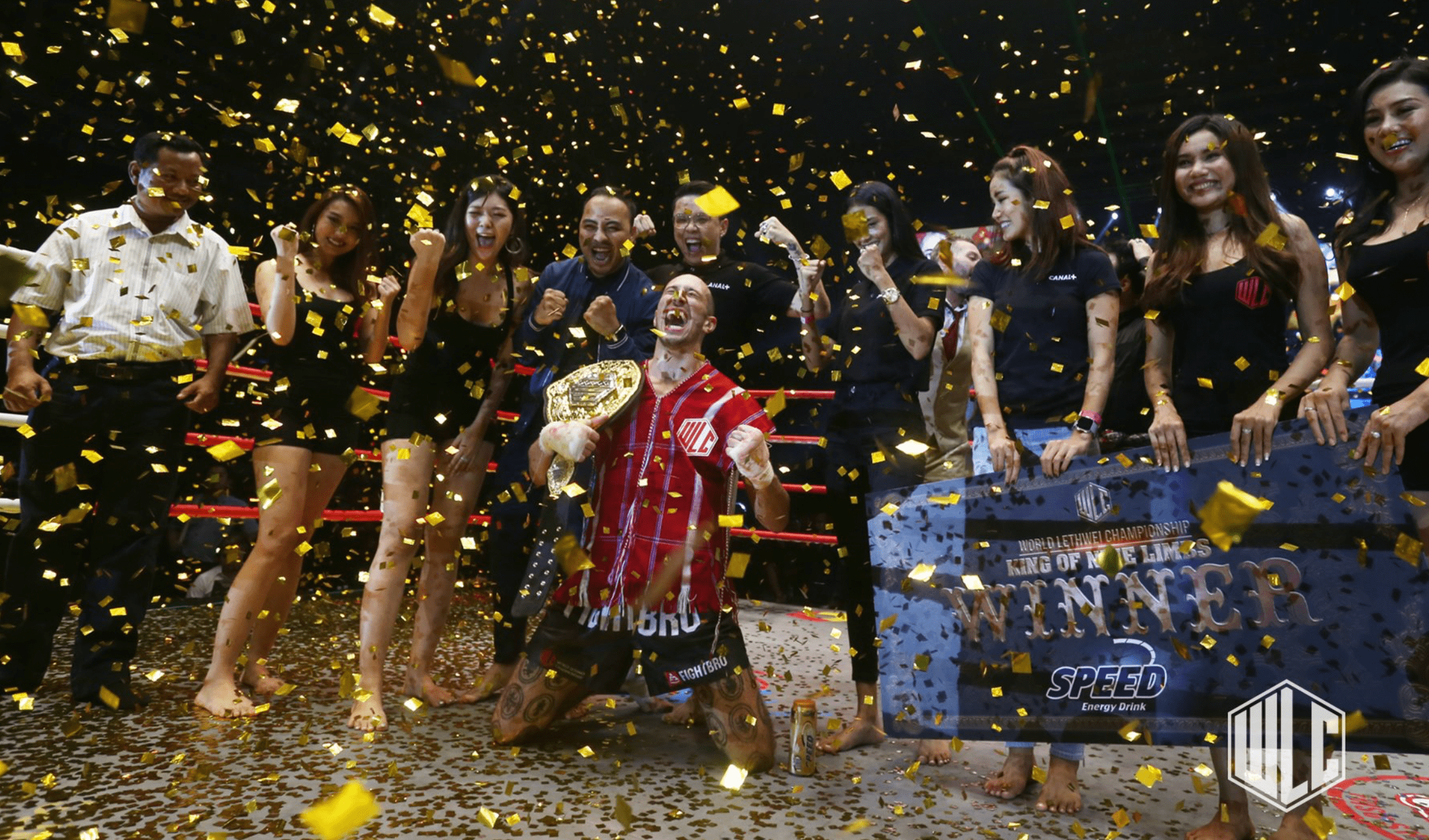 In the main event, Dave Leduc cemented himself as the king of nine limbs by knocking out Seth Baczynski to become the inaugural Cruiserweight World Lethwei Champion. The sold-out stadium in Mandalar Thiri Indoor Stadium were on their feet as Dave Leduc demonstrated the full assortment of lethwei striking techniques, and Baczynski had three knockouts in the second round, resulting in a knockout victory.

In the co-main event, Ukraine’s Sasha Moisa took the fight to the former Light Middleweight World Lethwei Champion Artur Saladiak, swarming him in the first round. His precise right hands were the keys to victory as it reeled Saladiak on several occasions, winning a unanimous decision victory.

In other action, Souris Manfredi became the first winner in the newly created women’s division by constantly gaining the upper hand against Eh Yanut en route to a unanimous decision.

Dave Leduc defeats Seth Baczynski via knockout in round 2, to become the Cruiserweight World Lethwei Champion