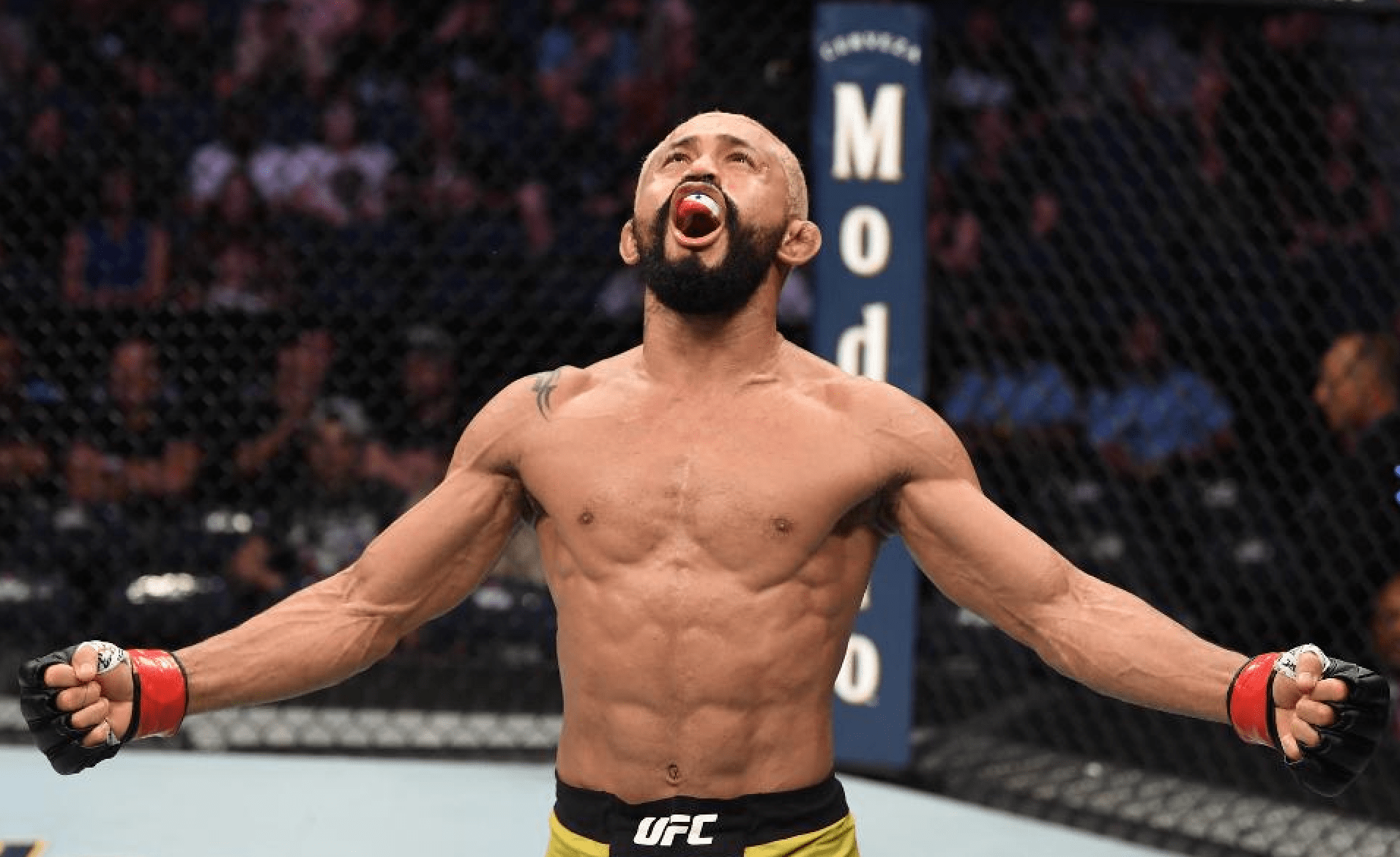 Deiveson Figueiredo captured the vacant UFC flyweight title by submitting Joseph Benavidez in their rematch last month at UFC Fight Island 2. Now he is looking to travel to Thailand to “sharpen” his elbows and knees for his first title defence. But who should be the next challenger to his throne?

Speaking to MMA Fighting, the Brazilian opened up about his experience of being the UFC flyweight champion.

“I own the belt now, so I have to keep changing my game. I’m the man today, and everybody will study my game,” Figueiredo said. “To avoid getting figured out and make sure they don’t get the belt away from me, I’ll travel more and add more weapons to my style.”

Who Is Next In Line?

Various names are being discusses as to who should challenge Figueiredo for the 135lbs belt, including Brandon Moreno, Askar Askarov, and Cody Garbrandt.

The 32-year-old however, is ready for all of them.

“To me, they see me as a weak fighter, someone easy to be beaten, and every time I fight I show them I’m not that guy. I’m a strategist, a killer,” Figueiredo said. “I can kill their games and knock them out with ease, I can submit them.

“I can describe what will happen in the fight, I can see it way before it happens,” he continued. “They better be prepared, because I’m ready to knock out every single one of them.”

‘No Love’ recently stated that he would like to drop down, and fight for the flyweight title against Figueiredo, and UFC president Dana White also entertained the idea.

“We want him to prove he can make 125 pounds and fight someone in my weight class. After that, if he wins, he can come fight me,” he said. “But we don’t agree with him coming down and skipping the line and going straight for the belt against me.

“He needs to prove he can make 125 and fight someone. It would be unfair if the UFC puts him straight for the belt. I think the UFC has to respect the others that worked hard for a title shot.”

On hearing Figueiredo’s comments, Garbrandt took to social media to hit back at the ‘fat ass’.

Figueiredo believes that either Moreno or Askarov should get the next opportunity to challenge him for the title, but he doesn’t see them as threats.

“I think Brandon Moreno would be a great fight, or even [Askarov]. It’s up to the UFC to decide which one is next. I guarantee you I can tell you right now what would happen. I would definitely submit Moreno, brother. And Askarov, I would knock him out just to show him my boxing is better.”

Many see the former RIZIN bantamweight champion Manel Kape, as a legitimate threat to Figueiredo’s belt. He signed with the UFC earlier this year, but we are yet to see him make his debut in the flyweight division.

Kape even called out Figueiredo, saying he would ‘100 percent smash him’.

However, Figueiredo thinks Kape has to prove himself in the UFC before he gets a title shot.

“What’s his name? Manel Kape… Manel Kape. I don’t know him, and I would love to know him,” Figueiredo said. “Let him prove he deserves a title shot first, because everyone that came from [Asia] to the UFC got beat, some even in their first fight.

“Let him prove he belongs among the best, otherwise he’s definitely getting knocked out if he gets in front of me.”

Who do you think should challenge Deiveson Figueiredo for the UFC flyweight title?