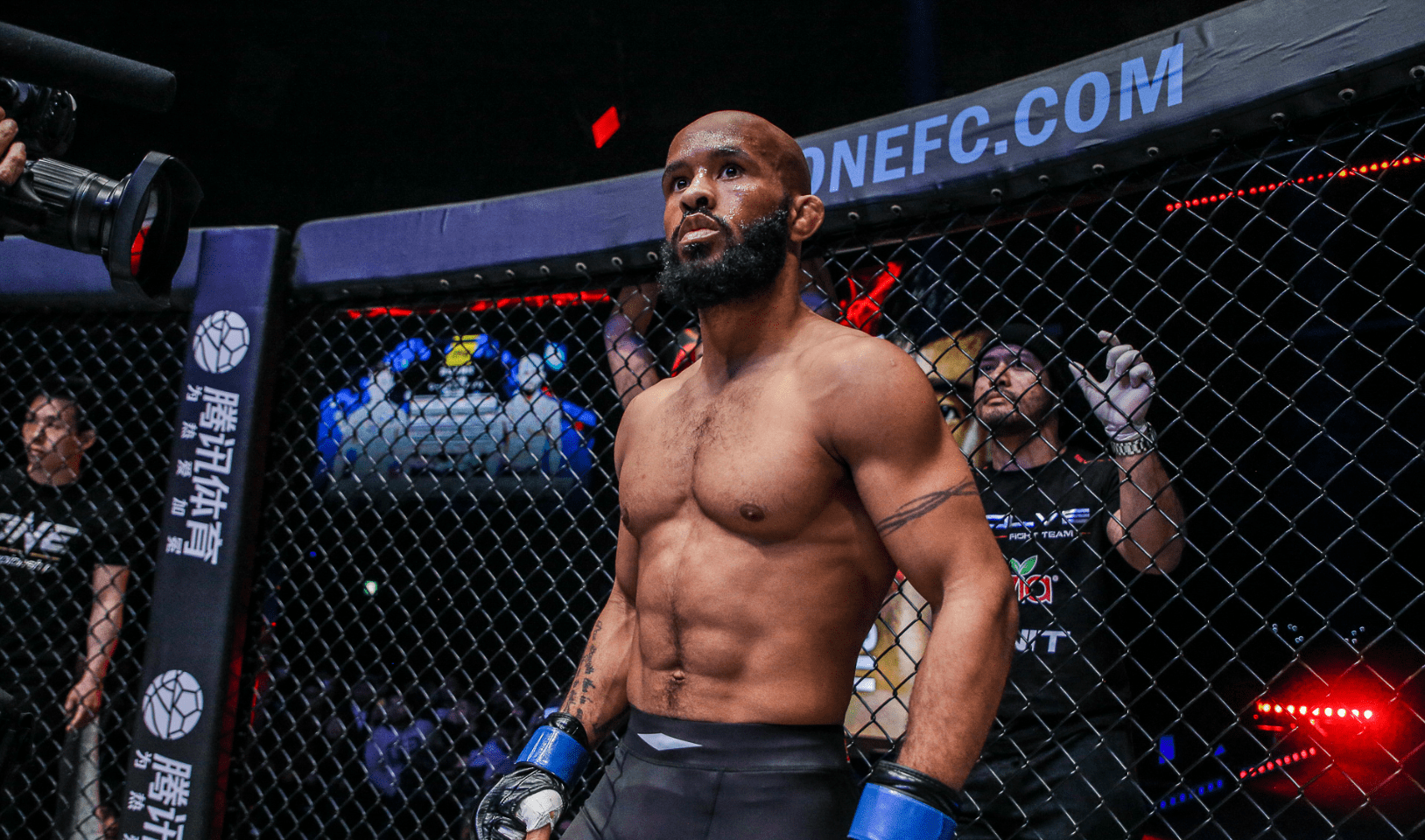 Though he now competes in ONE Championship, Demetrious Johnson had plenty to say regarding the result of the recent UFC bantamweight title fight between Petr Yan and Aljamain Sterling, which ended in controversy.

In ONE Championship, knees to the head of a grounded opponent are permitted whereas they are prohibited in the UFC. This is what led to Yan’s disqualification at UFC 259. However, Johnson believes the outcome of the fight should have been different.

“I Dealt With The Exact Same Thing”

The former UFC flyweight champion believes that a ‘downed opponent’ doesn’t necessarily mean that they cannot defend themselves. Speaking to MMA Fighting, Johnson said that he was caught in a similar position as Yan found himself in back in 2013 when he fought John Dodson.

“Obviously rules are put into place to keep the athletes safe and what not,” said Johnson. “I dealt with the exact same thing in 2013 in Chicago, UFC on FOX 6 against John Dodson. I had him against the cage, he put his hand on the ground, I did not take the time to see his hand on the ground and it’s not my job to look and see if his hand is on the ground. In my opinion, he was in a knowledgable position that he could defend himself.

“I blast him in his face, John McCarthy stopped the fight and said, ‘Hey, dude. He was a downed opponent.’ I said, ‘What the f*** do you mean he’s down? His finger is touching the ground. He’s not down.’ So I’ve gone through this before in the UFC.

“To see the same thing happen with Aljamain Sterling versus Petr Yan, first off, I’m a big fan of Aljamain Sterling. I have nothing against the guy, but each time I give my personal opinion—which you just asked for—I like to do so as a neutral person. If I had friends over my house and they ask why he got DQ’d, well it’s a rule that he was a downed opponent, that he was on the ground. Yeah, he’s down, but he can currently defend himself.”

Time For A Rule Change

Following the disqualification that led to Yan losing his title, there has been a lot of discussion regarding the current ruleset utilised by the UFC. In his opinion, Johnson thinks it’s about time to change the ‘downed fighter’ rule.

“Do I think it’s a rule that needs to be changed? I think so,” Johnson said. “I think it’s gonna help the fight progress, it’s gonna help keep people moving. The biggest thing that my coach tells me is, ‘Why should an athlete go to his knees to touch the ground to dictate what I can and can’t do?’ Think about that. When my coach trains me and tells me to have that mindset, it makes sense. If I’m getting beat up in a fight, and I put my hands and knees on the ground, you have to stop your onslaught. You have to rethink trying to proceed with the fight.

“That’s where my mindset was at when I was watching that fight because the fight was starting to go in Yan’s favour. Petr Yan was starting to pick him apart. Sterling got some good shots in there, but once he went down on his knees, and he was holding his hands on his knees like he was praying, and he got blasted. When it happened, I was like, ‘Petr Yan, you f***ing idiot. You’re finally winning the fight and you throw this knee and get disqualified.’ Then I’m like, it’s just like back in the wrestling days when you get pinned and your coach says, ‘You shouldn’t have been there in the first place.’

“So that was my opinion. Aljamain, you’re way better than that. Why are you putting yourself in that position? But yeah, I think the rule should be changed. It’ll be good for the sport, it will open up a lot more things, and I think people won’t use that position as a safety. Like, I’m gonna use this because I’m safe. And those aren’t my words. Those are his words. He said, ‘I knew I was in a safe position.’ When he said that, I was like, you’re in a f***ing fight, you’re never in a safe position. You should never think that I’m safe here.”

Another topic of discussion was how the referee decided that Sterling could not continue. Johnson thinks that the fighter should be the one to decide whether or not they are able to continue.

“I think you should let the athlete dictate that,” said Johnson. “Only the athlete knows best. Think about that, that knee, imagine if he hit him with a flying knee and he was able to recover. Let’s say he got blasted flush, he shoots for a takedown and eats a couple of strikes, and he’s able to recover and continue to fight, but he gets blasted with a knee on the ground, then he gets five minutes to drink some water, how are you feeling? Are you okay? Can you shake it off? You feel like you can still continue? Because, don’t get me wrong, that guy got a concussion, but f***, when do we not get concussions when we fight?

“This is just my opinion. If I was in a fight and I got blasted, I would want to be asked, ‘How do you feel? Do you think you can continue to fight?’ They might say you shouldn’t give the athlete the option to continue because he could be concussed and he can get further brain damage, but we’re already signing up for that. It’s a double-edged sword. You’re damned if you do, and damned if you don’t. It’s a hard thing. A lot of of people might see this and say you can’t ask a fighter if he can continue or not. I don’t know, I’m just rambling on.”

“We Can Just Break The Rules”

UFC president Dana White has confirmed that Yan and Sterling will run it back. However, the new champion doesn’t seem all too happy with this. Speaking at UFC 260 this past weekend, ‘Funk Master’ said that he thinks that the Russian should have been suspended for his actions instead of getting an immediate rematch.

“So that was the whole thing with [teasing a fight with Henry] Cejudo and that’s how I feel about Petr Yan. I feel like his ass should have been suspended or something. Pay me some money for an illegal foul that might take years off my career.”

“Go Back To The Drawing Board”

Ahead of the rematch, Johnson thinks Sterling should watch the first fight back in order to study for the impending rematch.

“I just think, go back to the drawing board,” Johnson advised. “He had the recipe to beat him. Petr Yan has a very interesting and unique way he goes about his fights, and I’m a big fan of the way he goes about it. He’s willing to absorb punches and shots in order to give his. If you go back and watch that fight, Aljamain is doing a good job just peppering him, but Petr Yan is like, ‘None of that s*** hurts.’ He covers his face in a different way, so there was a couple of times where if he just sat down, loaded up on a body shot, that could have paid dividends and made Petr Yan do something different.

“But I think he should go back and watch the tape, be ready to have a fight and don’t rely on that one takedown to get him down because it’s not gonna be as easy as he thought it would’ve been. I thought it was gonna be hard as s***.

“Go out there, stay healthy, and just enjoy it.”

Johnson is scheduled to challenge Adriano Moraes for the ONE flyweight title at ONE on TNT on April 7th.

Do you agree with Demetrious Johnson, should the UFC change their tules regarding a ‘downed opponent’?