Demetrious Johnson Discusses His Place In The GOAT Debate 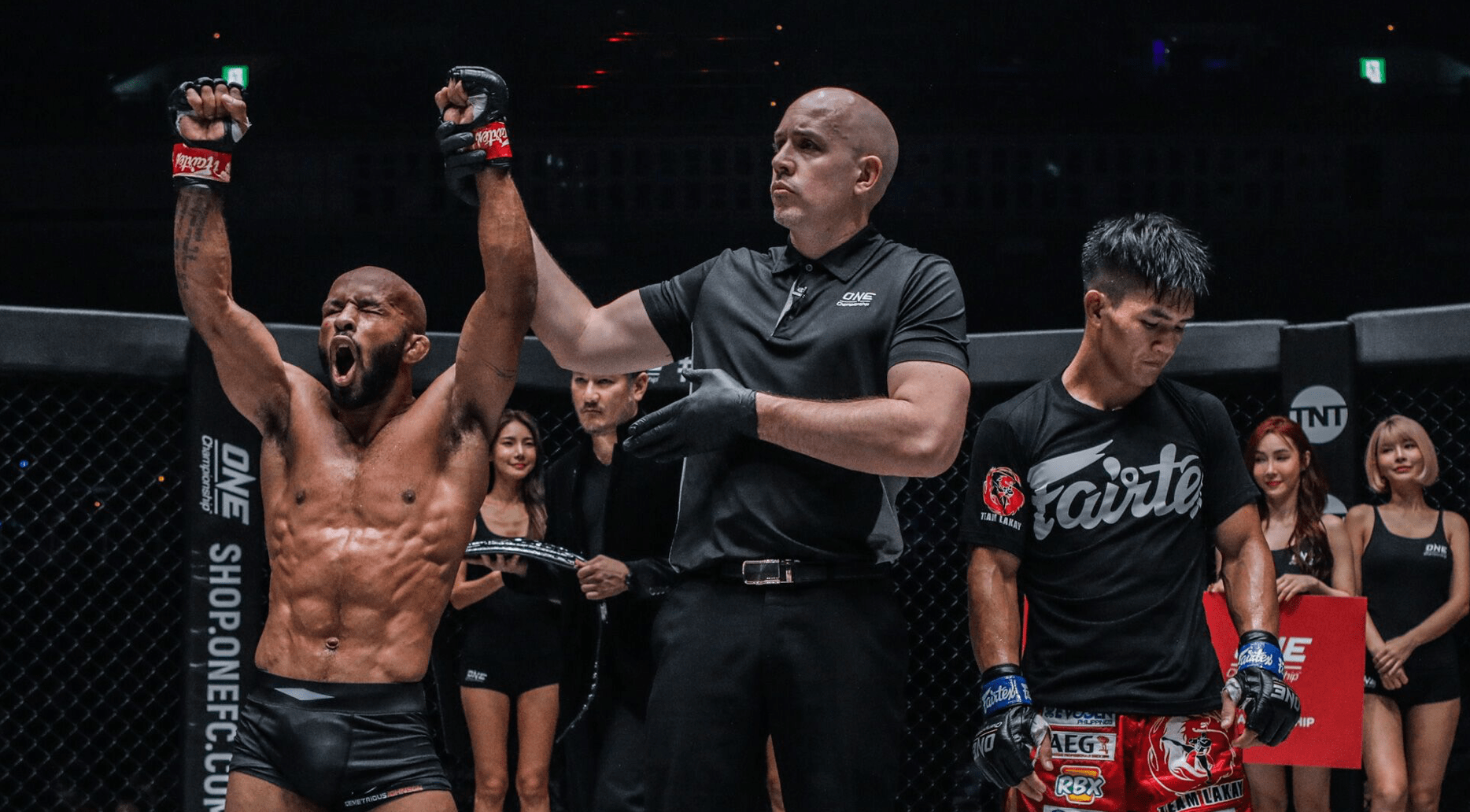 Demetrious Johnson is looking to add the ONE flyweight title to his decorated trophy cabinet, as he gears up to challenge Adriano Moraes for the belt in the ONE on TNT 1 main event on April 7th.

Given his resume, Johnson could easily have been given an immediate title shot when he arrived in ONE Championship. However, he decided to take the tougher route and took part in the ONE Flyweight World Grand Prix. By beating Danny Kingad in the final at ONE: Century, he earned his title shot against Moraes.

Working His Way Up

Speaking to MMA Junkie, Johnson explained why he decided to take part in the Grand Prix, instead of asking for a title shot.

“I’ve always been up front about athletes working for their title shot,” Johnson said. “Obviously, with my name and what I’ve done in mixed martial arts, I could have argued for a title shot. But for me, I think it’s good to have longevity in your career. You come in, you get an immediate title shot, let’s say you win the title. You win the title, you’re not going to fight Danny Kingad, Yuya Wakamatsu, Tatsumitsu Wada, and so forth. But I came in, did a tournament, won a belt where I really and truly won it. Growing up, I’ve always wanted a World Grand Prix belt. I’ve got that now.

“Now I’m able to fight for the flyweight belt, and if I win that, it’s four fights in the division. Then I’ve got to start fighting other guys like [former champions] Kairat Akhmetov, Geje Eustaquio, [and] whoever else is down the line who works their way back up to the division. Or, if I end up coming up short with this fight, I go back down to the bottom of the totem pole and start working my way back up. It’s always good to have other athletes working for the belt, because you build their stories.”

ONE on TNT 1 will be the first promotional event broadcast on primetime TV in North America, and Johnson couldn’t be happier to fight in his own timezone.

“So with this fight going against Adriano Moraes, I’m fighting on my own timezone on TNT live, I’m very excited to see how I’m going to perform. When I get to Singapore we are going to have to quarantine, but I’m going to do my best to stay strict on my regimen, make sure I get the right sleep I need and make sure I perform, live on TNT, baby!”

Johnson is one of the most decorated MMA fighters of all time, and is considered by many as the greatest of all time. When asked whether he considers himself the GOAT, ‘Mighty Mouse’ said that’s for the MMA community to decide. However, he does believe that he’ll go down as one of the best flyweights in the history of the sport.

“When it comes to people looking at me as the GOAT, or saying I’m the GOAT, I’m very grateful, I’m very honoured,” Johnson expressed. “It’s a great title, a great mantle, a great thing to say about an athlete. For me, I just fight, and I do what I do. It’s up to the community to decide who the GOAT is. I can’t go on there and say, ‘I’m the GOAT, blah, blah, blah!’ But I will tell my children when my time is done that I was one of the best to ever do it in my division. I’ll argue that, all day, every day.

“They say, ‘Oh, your competition wasn’t good,’ but I was like, ‘OK. But drug test? Never failed. Never got stripped of my title. I’ve always come to compete. I’ve never missed weight.’ All those things play a factor when being one of the best in the world, or one of the best to ever do it.”

Do you think Demetrious Johnson gets the job done against Adriano Moraes at ONE on TNT 1 to win the ONE flyweight title?